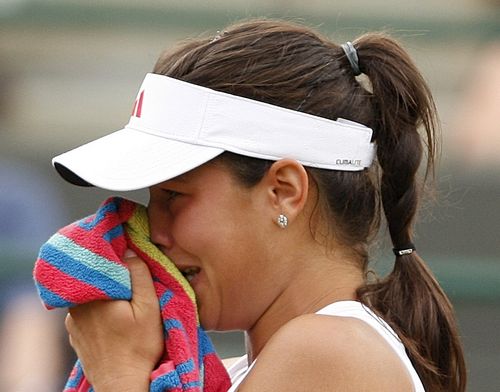 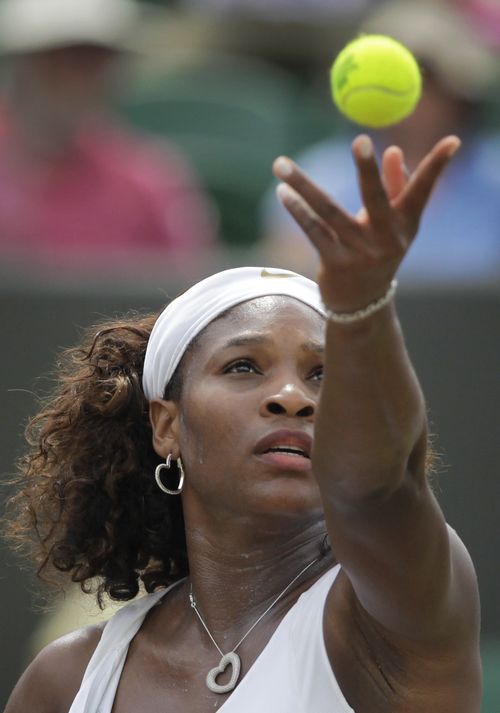 Venus and Serena Williams remained on course for a fourth Wimbledon final clash as they powered through to yesterday's quarter-finals.
The pair crushed their fourth round opponents as world number one Dinara Safina came back from a set down against Amelie Mauresmo to earn a spot in the last eight.
The Russian also became the first player to win a competitive match under the new center Court roof.
"It was really nice atmosphere to play under the roof, because somehow you feel the crowd a little bit more," said Safina.
"Even the crowd wanted the roof, so it was like unbelievable atmosphere on the court."
Defending champion Venus easily won the first set 6-1 against former world number one Ana Ivanovic, who retired hurt in floods of tears, as temperatures shot past 30 degrees at the All England Club before the rains came.
Third seed Venus set up a quarter-final clash with Polish number 11 seed Agnieszka Radwanska, who beat American qualifier Melanie Oudin 6-4, 7-5.
"She's very talented," Venus said of Radwanska, a quarter-finalist last time out here.
"She plays a different style game, but is very effective at it. Apparently she likes this surface. But I'll continue with my methods."
Ivanovic, the 2008 French Open champion, won the first game of the second set, but the pain was too much and she had no choice but to pull out.
Five-time champion Venus is bidding to become the first woman to win a hat-trick of Wimbledon singles' titles since Steffi Graf claimed three in a row from 1991 to 1993.
Radwanska, the 2005 Wimbledon girls' champion, said: "I have nothing to lose. Venus is a great champion. I will try my best.
"If she's playing good tennis and she has a good day, it's very tough to play against her. Especially the serves, she's hitting hard. It's so tough play against both Williams sisters."
Serena, the second seed, beat Daniela Hantuchova 6-3, 6-1 in 56 minutes on Court 2.
The two-time champion easily brushed aside the unseeded Slovak and now tackles 19-year-old Belarusian Victoria Azarenka against who she lost in the Miami final earlier this year.
"When you're playing the girls who are really young, they really want it, as bad as I still want it. It always makes for a good fight," 27-year-old Serena said.
"I feel like I definitely need to step it up, play better, really start playing some great tennis, or go home. And I don't want to go home, so I feel like I'm just getting more serious."
Azarenka, the eighth seed, beat 10th-seeded Russian Nadia Petrova 7-6 (7/5), 2-6, 6-3 in the fourth round.
Top seed Safina made history on center Court as she beat France's 2006 Wimbledon champion Amelie Mauresmo 4-6, 6-3, 6-4.
Safina was a set down, but leading 4-1 in the second set when rain prompted the 80-million-pound, 1,000-ton roof to slide into action for the first time in a competitive match.
The Russian now faces Germany's unseeded 19-year-old Sabine Lisicki for a place in the semi-finals.
Safina lost to Lisicki in the first round of the Australian Open in 2008.
"It was completely different story. She's a great player. She's young. She has nothing to lose," said Safina.
World number 41 Lisicki beat Danish ninth seed Caroline Wozniacki 6-4, 6-4 in the last 16, having beaten French Open winner Svetlana Kuznetsova in the third round.
"I'm playing my best tennis so far and I'm very happy, and I think I can still get much better," Lisicki said.
Fourth seed Elena Dementieva, a semi-finalist last year, beat fellow Russian Vesnina, the world number 37, 6-1, 6-3 in 70 minutes to earn a quarter-final spot.
Dementieva now takes on Italy's 43-ranked Francesca Schiavone for a place in the semi-finals. Schiavone beat France's number 26 seed Virginie Razzano 6-2, 7-6 (7/1).