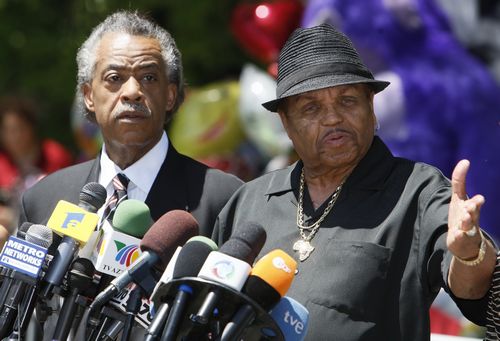 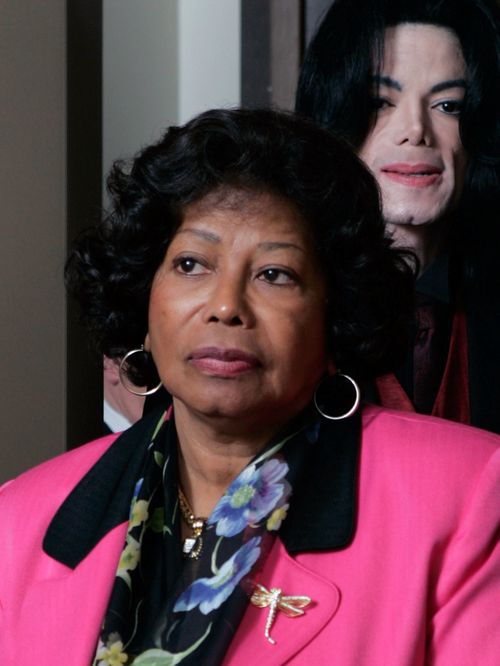 Michael Jackson's family won temporary custody of the star's children and estate Monday as the first legal shots were fired in the fight arising from the icon's death.
The court rulings came as the investigation intensified into what killed the King of Pop last week, with coroners collecting two bags of medication from Jackson's home as evidence. A Los Angeles Superior Court judge named the star's 79-year-old mother Katherine temporary guardian of his three children and his estate, which includes the Neverland ranch and rights to songs by The Beatles.
The judge, Mitchell Beckloff, set a July 6 hearing to make a final decision.
It was unclear whether Jackson had a will. The family told the court that Jackson did not have one, but at least one of the pop star's many lawyers reportedly said there was a will under wraps.
Family patriarch Joe Jackson applauded the court decision to make his wife Katherine the temporary guardian of their grandchildren, Prince Michael, 12, Paris, 11, and Prince Michael II, 7.
"This is where they belong," Jackson told reporters. "We're going to take care of them and give them the education they're supposed to have." Jackson's former wife of three years, Debbie Rowe, is the mother of the two eldest children, while the third was born in 2002 to a surrogate whose identity has never been made public.
Rowe, a dermatologist who met Jackson when he was under treatment, has kept a low profile since their divorce. But she appealed through her lawyers to let the children mourn their father in peace.
Rowe "requests that Michael's family, and particularly the children, be spared such harmful, sensationalist speculation" about their status, lawyer Marta Almli said.
Another attorney expected Rowe to make a decision on her next step in the coming days.
Legal experts say that Rowe, as the biological mother, would have a strong chance to gain custody of her two children. A court battle could also unearth ugly details about Joe Jackson, who the pop singer said beat him as a child.
Joe Jackson on Monday hit back at fan criticism that he has been insensitive about his son's death, calling him a "superstar."
The father said that no funeral date would be set until results of a second autopsy on his son were complete.
Reports have said Jackson's family is considering a series of simultaneous memorial services around the world for the singer, reflecting the huge global reach of an artist who sold more than 750 million records.
"It is the determination of the family to be careful and deliberate on how they plan his celebration of life, because we're talking about a historic figure that really changed pop culture around the world," family representative and prominent New York politician Al Sharpton said.
"This is not something you do carelessly and spontaneously. We must remember they are still grieving and in their grief, determined to uphold his legacy."
Deepak Chopra, the Indian-born new-age guru and friend of Jackson, said the singer was taking too much medication but said no one should blame him.
"He was the victim of circumstances, he was the victim of his own body image, he was the victim of the media frenzy around him and he was the victim of enablers," Chopra told CNN.
The Los Angeles Coroner's office on Monday carried out two bags of medication from Jackson's house. Craig Harvey, the coroner's chief investigator, said only that it was "additional medical evidence" in the case. Speculation has been rife that excessive use of powerful prescription pain killers may have played a role in Jackson's death.
But a lawyer for personal physician Conrad Murray went on the attack, insisting in a televised interview that his client was blameless.
"There was no red flag available to Dr Murray, which led him to believe he would have died the way he did. It's still a mystery how he died," attorney Edward Chernoff said.