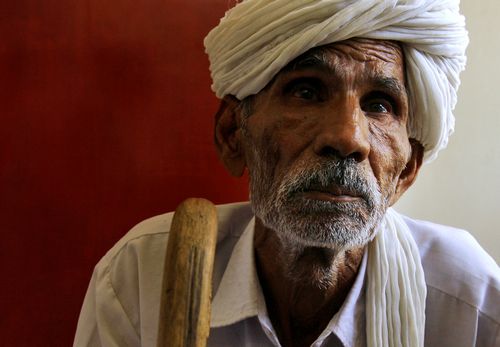 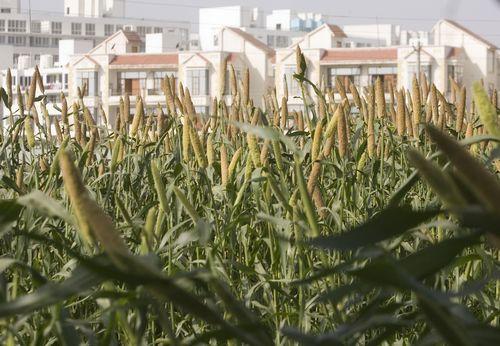 For generations, the men of Munimpur worked their sun-baked wheat fields, rising before dawn to till the same soil their grandfathers plowed.
That was when the land was made of dirt, not money.
In recent years, tens of thousands of villagers across the country sold their fields to industrialists and developers building malls, suburbs and factories for the new India. The farmers became rich overnight, and the prosperity reshaped villages like Munimpur, a dirt-laned hamlet on the fringes of New Delhi that is now crowded with satellite dishes, expensive cars and grand homes.
But the new wealth has ruptured the age-old relationship that the farmers had with the soil. It has led to a string of crimes - murder, theft, assault - and troubles from property disputes to depression. Like lottery winners battered by their windfall, families that worked together for generations have been cleaved apart, upending life in a traditional land.
"Earlier, land was a way of life," said Saurabh Singh, a senior police official in Jhajjar district in Haryana state. "Now it's a commercial thing."
In a country where more than half the population depends on agriculture, land has traditionally been a spiritual link to past generations and a reliable provision for future ones. As India develops, land has become even more valuable, sparking mass protests and deadly unrest as villagers and industry clash. Disputes have broken out in Orissa and West Bengal in the east and the coastal state of Goa in the west.
With nearly four times the population of the United States crowded onto one-third the space, India's land competition is likely to continue, even amid the global economic slowdown.
The credit turmoil has stalled the phenomenal growth the country had seen in recent years, halting scores of development projects. Reliance Industries, the company that bought the land from the farmers of Munimpur, still plans to develop the site but has yet to begin construction, a spokesman said.
But even if development and economic growth slow in the coming year, as many analysts expect, the new land rush has already struck villagers like Subhram Gulia, a white-haired farmer who said he used to sell milk for US$250 a month before trading his land for US$180,000. Selling out, he argues, has only made life worse.
"I was at peace with myself before. I was earning every day," Gulia said on a recent afternoon in Munimpur, a village of roughly 2,000. "Now, I'm sitting alone, unemployed. There is no peace in my heart."
But it's a complicated nostalgia, tinged with regret over selling the land - and regret that he didn't sell it for more. Even as Gulia lamented his decision, he eagerly showed a visitor his large television and his air-cooling units, though he swears he bought them before Reliance. He noted that farmers in nearby villages received far more money for their land than he did.
To see how the price of land has sparked new divisions, visit the waiting room outside the once-sleepy Jhajjar courthouse. At a table along the back wall, Harish Harit, 44, discusses the lawsuit against his four brothers who have squeezed him off his ancestral land. At the opposite end of the room, Zile Singh, 75, begins to cry as he asks how he can reclaim the land he says his nephew stole. The lawyers say disputes like these fill their days.
Singh, the police official, said there have been at least 18 land-related murders in Jhajjar district since 2006, and his officers now spend much of their time refereeing land disputes.
One of the most recent slayings occurred on March 26 when Naresh Singh, along with his wife and son, allegedly killed his father for selling soil from land he was to inherit. They also killed Singh's mother when she rushed to her husband's defense, police claim. The three have been arrested and await trial, police said.
Singh said the murders, along with a spate of assaults, are tied directly to the land boom.
"Never before would this have happened," he said.
In Munimpur, the Sharmas said they sold their land, just shy of 2 acres (0.8 hectares), to Reliance for US$85,000. They built a new house, settled old loans - and ran out of money.
"Whatever money has come, we have spent," said Samunder Singh Sharma, 30. "We are now poor again."
Sharma and his brother are back to working as laborers, each earning roughly US$40 a month, but now they have to buy the grain they used to grow themselves.
"I regret selling," said Sharma. He and many others say they felt that if they didn't sell to Reliance, one of India's most powerful companies, their land would be seized without compensation. A Reliance spokesman denied that and said farmers decided for themselves whether or not to sell.
The villagers who resisted the siren song are congratulating themselves. Samunder Singh Gulia, 26, said Reliance pushed hard to buy his 12 acres (5 hectares), but he declined because, "If I sold my land, what would my family eat in the future?"
"Suppose my grandfather would have sold the land. I would have died of hunger," Gulia said.
Across the room, Subhram Gulia smoked a water pipe and called for more sweet tea as he described his unease with the path he chose.
If his ancestors knew the fate of their land, "they would have died of shock," he said. "They would be unable to bear the thought."