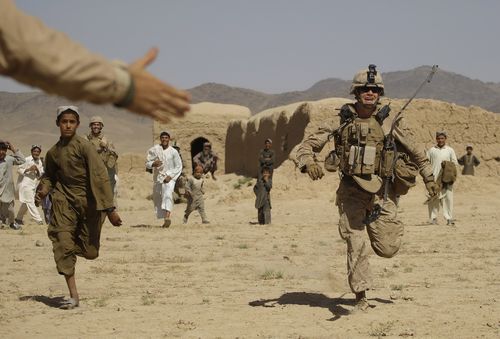 Afghanistan's counternarcotics minister said that his country's drug policy is "perfect," a day after the United States changed course and announced it would no longer support efforts to eradicate opium poppy plants.
Gen. Khodaidad, who like many Afghans goes by one name, said Sunday that Afghanistan has achieved "a lot of success" with its anti-drug strategy - which relies heavily on manual eradication of poppy fields, monetary incentives and public relations campaigns to persuade farmers not to plant poppies.
Afghan counternarcotics police have for years used tractors or hand tools to plow under or chop down poppy plants - which yield opium, the main ingredient in heroin - but they often came under attack and dozens have been killed by militants.
The Taliban and other militants were still believed to have reaped tens of millions of dollars in yearly profits because of the country's abundant poppy plantings.
Eradication "might destroy some acreage, but it didn't reduce the amount of money the Taliban got by one dollar," Richard Holbrooke, the U.S. envoy for Afghanistan and Pakistan, said Saturday in Rome, on the sidelines of a Group of Eight foreign ministers' meeting.