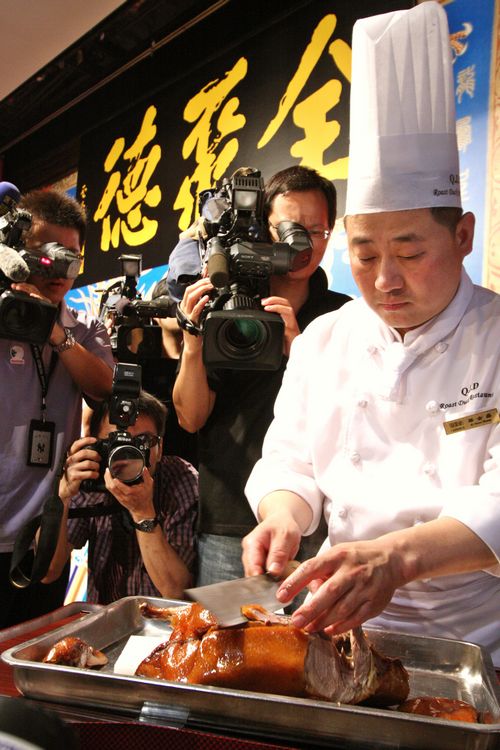 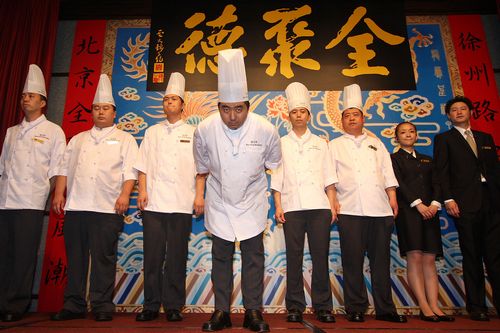 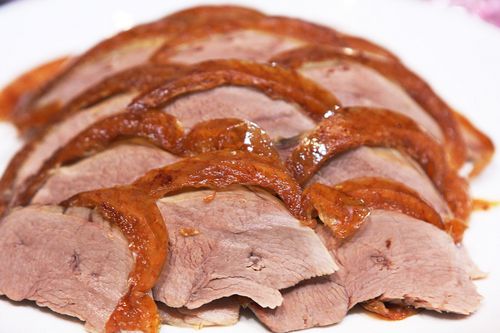 The Beijing-based Quanjude restaurant has a 145-year-long history and has produced 130 million Beijing Roast Duck cuisines since 1864.
In Taiwan it will serve the Cherry Valley ducks which are raised in Ilan County and each duck will be cut into 90 pieces with each piece less than 3 millimeters thick. A meal for five people with one duck costs NT$6,600; a meal for ten people with two ducks costs NT$12,800.