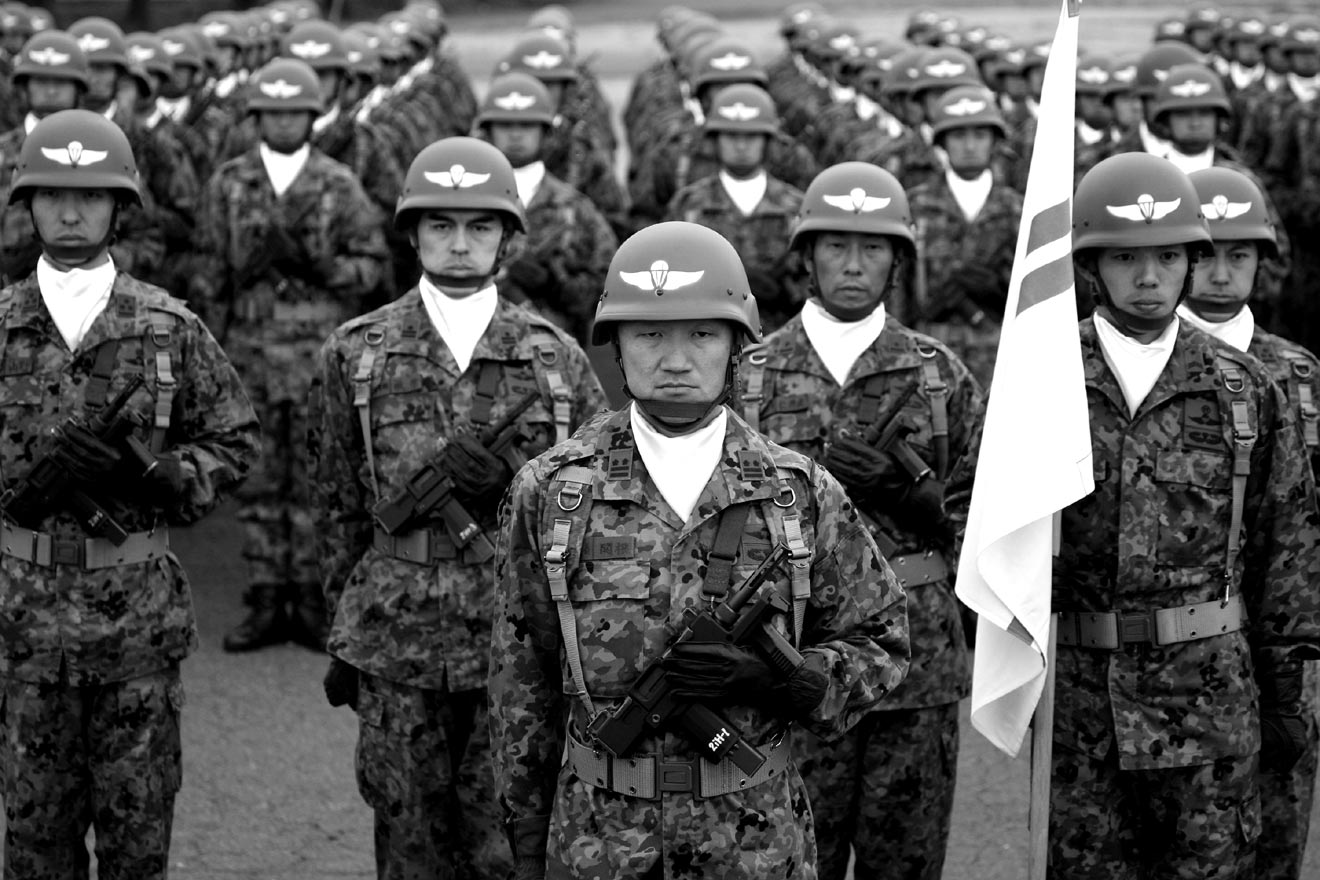 North Korea's latest nuclear test has reignited a sensitive debate in Japan about strengthening its military, which is barred from offensive action under the country's post-war pacifist constitution.
Pyongyang's communist regime on Monday staged an underground nuclear test thought to be up to five times more powerful than its maiden 2006 test and also launched several short-range missiles, sparking international condemnation. In the wake of the latest threats, Japan's conservative ruling party has suggested that Japan's Self Defense Forces should be allowed to launch a pre-emptive strike on a country if a missile attack is imminent.
The party's defense panel has proposed the plan be included in new national defense program guidelines to be announced later this year. "We won't sit and wait for death," said Gen Nakatani, former defense chief and now head of the Liberal Democratic Party's security panel.
For now, Japan is under the "umbrella" of the joint U.S.-Japanese ballistic missile defense (BMD) program, and relies on information from the U.S., its main ally, to alert it to a missile threat.
Mamoru Sato, an analyst at Tokyo think-tank the Okazaki Institute, said debate on changing Japan's defense posture is long overdue. "In terms of defense, we need both the sword and the shield," he said. "Japan shouldn't turn its back if it wants to be a normal country."
Any hint of a revival of Japanese militarism has long been a touchy subject both at home and in much of Asia, where many countries remain haunted by the aggression of imperial Japan before and during World War II. Japan's military has no aircraft carriers, long-range missiles or other weapons that would project force far beyond its shores.
North Korea's threats however, are changing the debate. In recent days, Prime Minister Taro Aso has said there is room for interpretation of the constitution that would allow the country to resort to pre-emptive attacks "once we decide on a certain framework."
"North Korea's missile and nuclear developments have clear and immediate consequences for Japan's security thinking," said Sheila Smith, a Japan expert at the Council on Foreign Relations think-tank in Washington. "To date, the joint U.S.-Japan BMD program has offered the solution but this idea of an independent Japanese capability to pre-empt an attack has now assumed a permanent place in the debate," said Smith.
"Calls for the debate are escalating," agreed Takehiko Yamamoto, professor of politics at Waseda University in Tokyo.
Pacifist groups too have expressed concern, including survivors of the Word War II atomic attacks on Hiroshima and Nagasaki.
"By using North Korea's nuclear test as an excuse, some political elements are trying to build up the military," said Terumi Tanaka, secretary-general of the Japan Confederation of A-and H-Bomb Sufferers organizations.
"Eye-for-eye strategies won't lead anywhere."
Smith said Japan's response will depend in part on how strongly the U.N. Security Council (UNSC) reacts to North Korea's latest actions.
"Should the UNSC move forcefully in the direction of a sanctioning regime, we are less likely to see this idea of an independent strike capability emerge in the Ministry of defense report," she said.
"But if we have a situation where North Korea is not confronted with a firm collective response, my sense is that Japan's political leaders will want to hedge against a more belligerent North Korea."