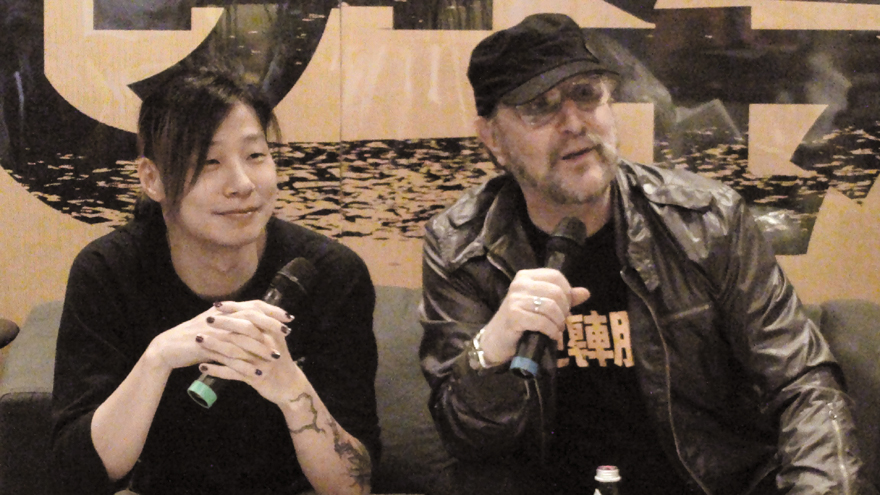 Fashion photographer Clive Arrowsmith has all the qualities that professional photographers share - he is passionate about his job, he is creative and sensitive, and he has a seemingly endless energy supply. The minute you begin talking with him, you will instantly feel those qualities.
But Arrowsmith is no easy match, in terms of both professional career and love life stories.
The North Wales-born celebrity snapper has taken pictures of everyone from David Bowie to the Dalai Lama. He shared a flat with Paul McCartney when the Beatles were still called The Quarrymen.
Celebrity pictures
The photographer, who started his career as a painter, was with VOGUE for more than a decade, taking celebrity pictures in the United Kingdom, the United States, and France in the 1980s. He was married four times.
He has been taking shots for the "T for Tibet" campaign which was launched last year, and says he believes kindness is strong and sure in the end, and slowly things will change.
"T for Tibet" is a campaign organized by Free Tibet which features celebrities making a "T" shape with their hands to show their support in freeing Tibet. "I love women more than men. I can't remember how many models were there before. I live in the moment, and the past is dead. I used to respond too much to emotions like love, want, need, give me, give me, and give me. I am practicing Buddhism to get control of myself," the fashion photographer said in an interview with the Taiwan News on Monday.
Arrowsmith said he is very attracted to Chinese Buddhism, Tibetan Buddhism, and Japanese Zen.
But before he was introduced to Buddhism, he used to drink heavily. "I drank a bottle of vodka everyday. It was mad. It's the social parties all the time. My son was about one and a half years old at that time. I saw him, and I just stopped one day. It's like a miracle."
The photographer has been practicing Buddhism for 22 years. He said everyday he would begin meditation in the early morning or late at night when he finishes shooting. "Getting to know yourself is like rubbing away a mountain with a silk handkerchief. It takes a long time," he added.
Buddhism teacher
Arrowsmith's Buddhism teacher is a Tibetan Lama, who happens to be a close associate with Tibetan's spiritual leader. The photographer reminisced about the first time (about 20 years ago) he met with His Holiness the Dalai Lama.
"I did not say anything, I was too shy. I was also very worried that there would be a lot of reflections because His Holiness wears eyeglasses. But when His Holiness sat down for shooting, there was no reflection."
The photographer said he felt like he had known Dalai Lama for a long time when they first met. "The experience was just normal. It's like when I was shooting for Tibetan people (for 'T for Tibet' campaign). It's the same for every one. Tibetan people are sweet."
For the 67-year-old Arrowsmith, Buddhism is the most wonderful thing. But there is another very important thing for the senior photographer - work, he said.
"Work is everything. It's like meditation. When I take a picture, it's the focus, the concentration. I do costume, make up, hair, for the models, then I copy it with beautiful light. I with a camera, to copy the moment."
Arrowsmith said he does not do landscape photography, because the view is already there. He's also less interested in going to war zones to take photographs. When asked what the most fascinating thing is in being a fashion photographer, he does not hesitate for a second but answers, "it's new every time."