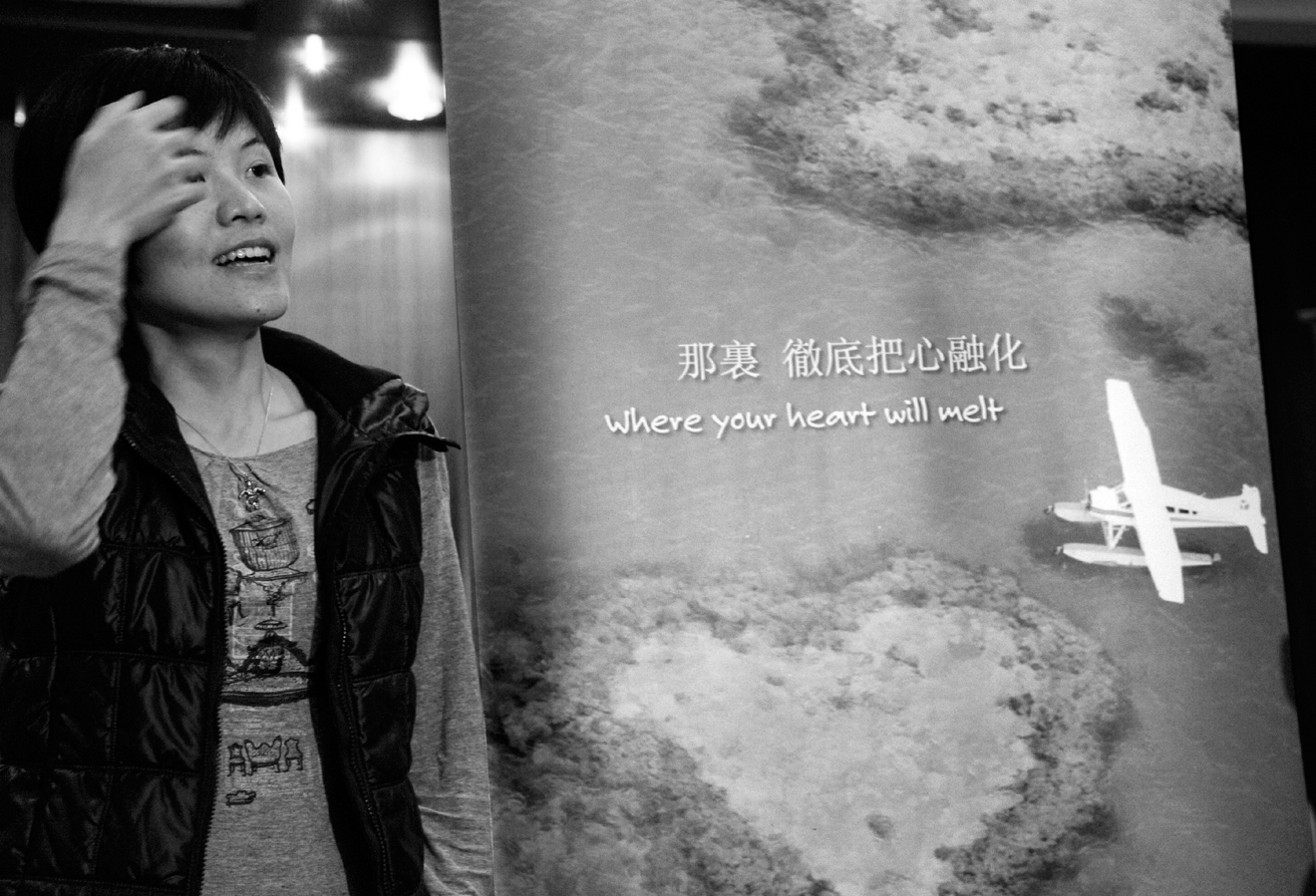 Taiwanese contestant Clare Wang failed to win the best job in the world taking care of an Australian reef island yesterday, but still felt honored to have won the popular vote.
The official tourism service for the state of Queensland, Tourism Queensland, announced the choice of a 34-year-old Briton, Ben Southall, as the final winner to stay at Hamilton Island for six months beginning July 1 and write about his experiences on a blog. Wang, an independent interpreter, won an online popularity contest for a "wild card," coming first out of 50 shortlisted candidates last month with a vote total of more than 151,000.
The organizers then selected an additional 15, instead of a planned ten, contestants from 14 countries to accompany Wang for a final series of tests and interviews on the island itself. Participating was "an experience difficult to forget," she said, praising the Great Barrier Reef as a natural wonder "everybody should protect." The original publicity campaign drew almost 35,000 people from 200 countries to send in one-minute video introductions explaining what they could do for Hamilton Island.
The winner receives a free ticket from his home as well as A$150,000 (NT$3.5 million) while staying at a luxury villa.
Wang graduated from Tsinghua University and went on to study interpreting at National Taiwan Normal University.
During the initial campaign for the Queensland job, she promoted herself as curious, talented in languages, and the potential best choice if Queensland wanted to attract Chinese tourists to the island.