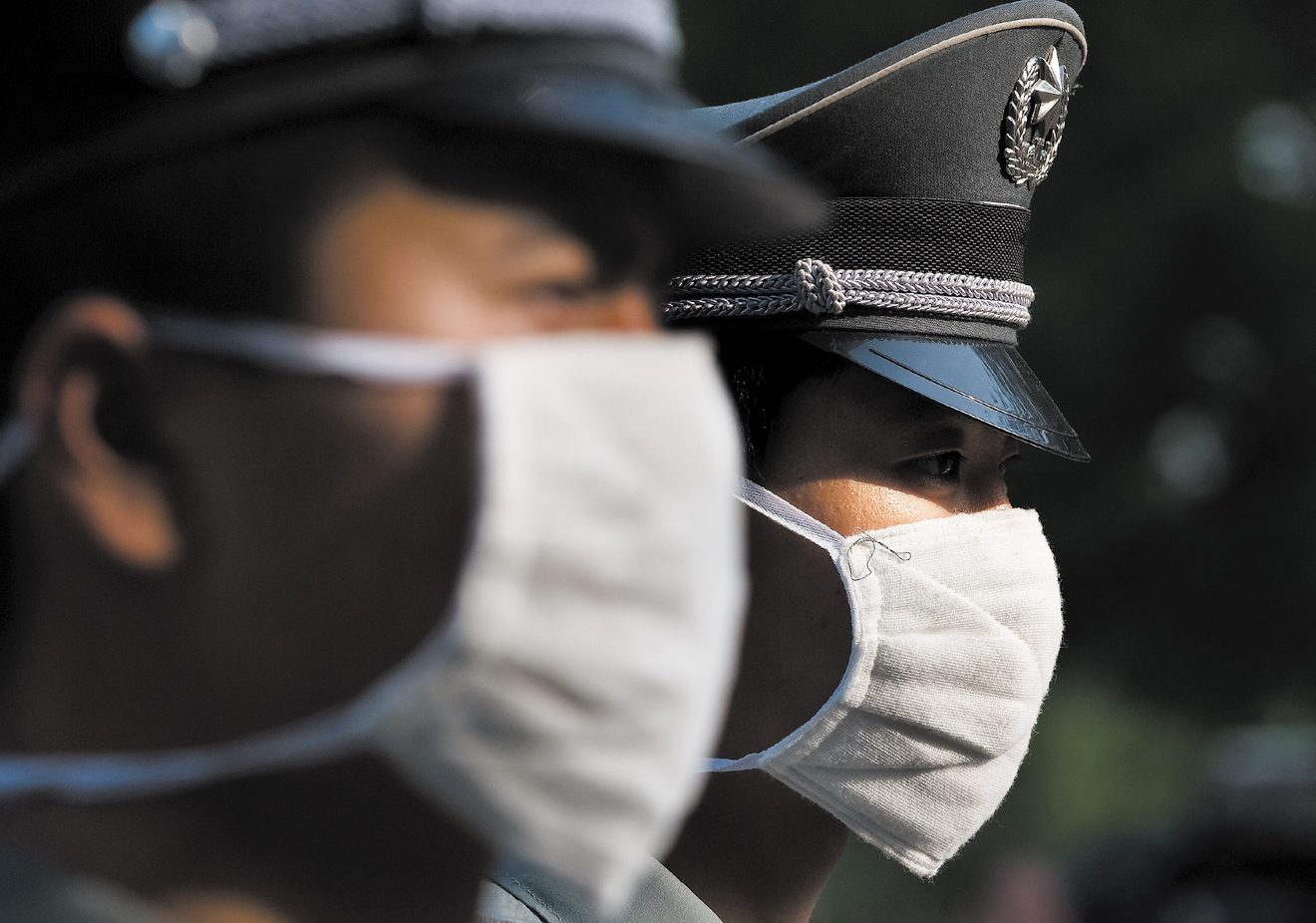 Mexicans trapped in China by a swine flu quarantine that their president denounced as discriminatory were picked up by chartered plane to fly home yesterday, amid a high alert in the region as South Korea confirmed a new case.
News emerged that citizens of other countries, including the United States, were also being held in isolation in China, which defended the strict measures in the name of public health. Around 200 travelers were also placed under quarantine in the wealthy Southeast Asian nation of Brunei.
A 44-year-old Catholic nun became South Korea's second confirmed swine flu case, a Health Ministry official said yesterday, although the woman has recovered and was due to be released from a military-run hospital today.
The nun fell ill after driving the first confirmed patient, also a nun, home from an airport after a trip to Mexico, Chung Eun-kyung said. Mexico has reported 802 of the more than 1,446 confirmed cases of swine flu in 20 countries worldwide.
In China, the chartered Mexican plane landed first in Shanghai in the early afternoon to pick up Mexicans - a trip announced Monday by their President Felipe Calderon, who complained of a backlash against Mexicans abroad.
Mexican officials say of the 71 Mexicans China had quarantined at hospitals and hotels, none had swine flu symptoms and most had no contact with infected people or places. One Mexican traveler likened the quarantine in Beijing to "a kidnapping."
Amid high security, Mexicans in the capital were spirited away to the airport in a motorcade led by a black Mercedes-Benz police car with flashing lights followed by four ambulances and three unmarked black sedans. The driver and passenger in the front of each ambulance were wearing full biohazard protection suits.
Of the 10 Mexicans isolated at the hotel, eight left on the flight, said Liang Banmian, a Beijing health bureau spokesman. The other two stayed behind for work-related reasons, he said. Another 23 people were still at the hotel. Most were Chinese and Liang did not say what other nationalities were involved.
China's Foreign Ministry has denied singling out Mexicans, saying it was purely a medical matter and that it hoped Mexico would be "objective and calm." A plane Beijing sent to Mexico to retrieve its citizens arrived yesterday in Mexico City.
The American Embassy in Beijing said a pair of U.S. citizens were quarantined in a hotel in a suburb of the city, while another two people who had earlier been kept in isolation in the southern cities of Guangzhou and Shenzhen were allowed to leave Monday.