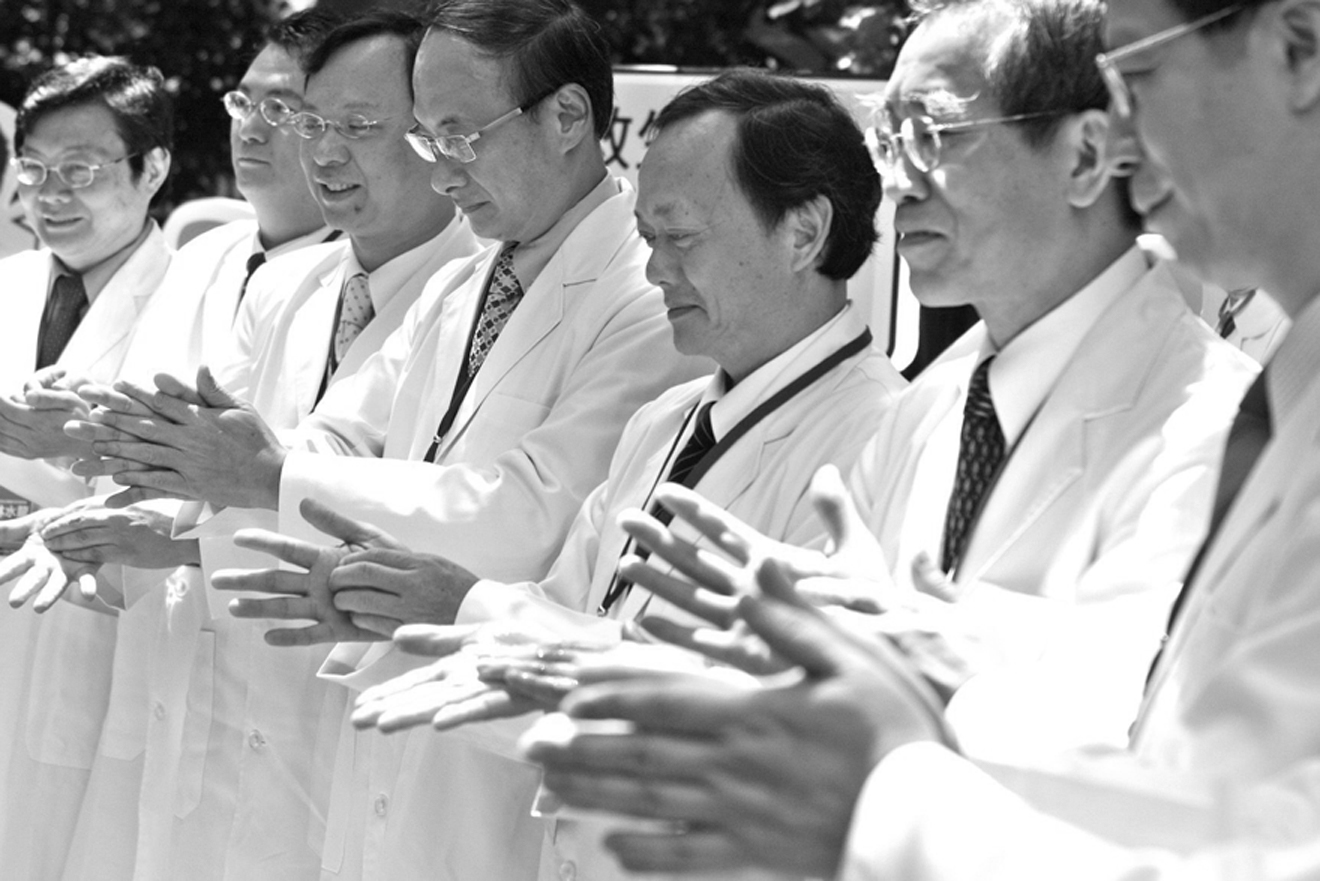 Plans for a trip by President Ma Ying-jeou to El Salvador at the end of this month were still moving ahead despite the swine flu, the Ministry of Foreign Affairs said yesterday.
MOFA issued a yellow alert for the Central American country after cases of H1N1 were confirmed there. The yellow alert means travelers should be cautious, particularly about their health.
However, MOFA spokesman Henry Chen told reporters yesterday that the government was still "working toward sending the president" on his trip. About seven or eight scouts left for El Salvador last Saturday and would spend about a week there to prepare for the trip by gaining information about the route, local events and the flu situation, Chen said.
Ma is scheduled to depart on May 27, attend the inauguration of El Salvador's first leftist president, Mauricio Funes, on June 1, and arrive back in Taiwan on June 4. He is also expected to visit two other Taiwanese allies in the region, Guatemala and Honduras.
A second Latin American trip should take Ma to the inauguration of the new president of Panama, Ricardo Martinelli, on July 1.
Department of Health Minister Yeh Chin-chuan denied reports he had recommended Ma cancel his trip to El Salvador.
In Taiwan itself, the latest batch of suspected cases was ruled to be free of the swine flu virus, the Centers for Disease Controls announced yesterday. The country still had not registered a single confirmed case of the virus despite days of concern about several suspected cases.
Yesterday morning, a woman in her twenties and her two little girls traveling on a flight from Seattle were found to have 380C fever and were taken to Taoyuan General Hospital for tests, quarantine and observation.
A Taiwanese woman in her sixties returning from Canada registered a 38.70C fever on arrival at the same hospital, doctors said.
Tests showed that none of the four had contracted the virus, the CDC announced during the afternoon. A total of 73 Taiwanese travelers who returned on a flight home Monday night after vacationing in Mexico were found free of the virus, the CDC added.
It has almost become a daily routine after similar cases of an exchange student returning from Mexico and a businessman active in Belize, a Taiwanese ally next to Mexico.
The CDC said yesterday morning that 13 people who had arrived in Taiwan from Japan after traveling on a flight from the United States with a suspected H1N1 patient could resume their normal activities. Tests in Japan had shown that the passenger was free of the virus.
The Council of Agriculture said it would not halt the import of pork from Canada after the country recorded a rare case of swine flu jumping from humans to pigs. Any pork entering Taiwan faced three sets of stringent safety tests, so banning the import was not necessary, the COA said.
School entrance examinations would only be postponed if there was a nationwide outbreak of the flu virus, the Central Epidemics Command Center announced yesterday.
In the case of local outbreaks that were still under control, known as a yellow alert, centers could decide on their own what to do. But if there was an orange alert, where a nationwide outbreak was still under control, or a red alert, with the authorities losing control over such a nationwide outbreak, then exams would have to be postponed, Ministry of Education official Wang Chun-chuan told a center news conference.
In any events, two major exams already scheduled for May 16 and 17 and for May 23 and 24 would not be postponed, Wang said.