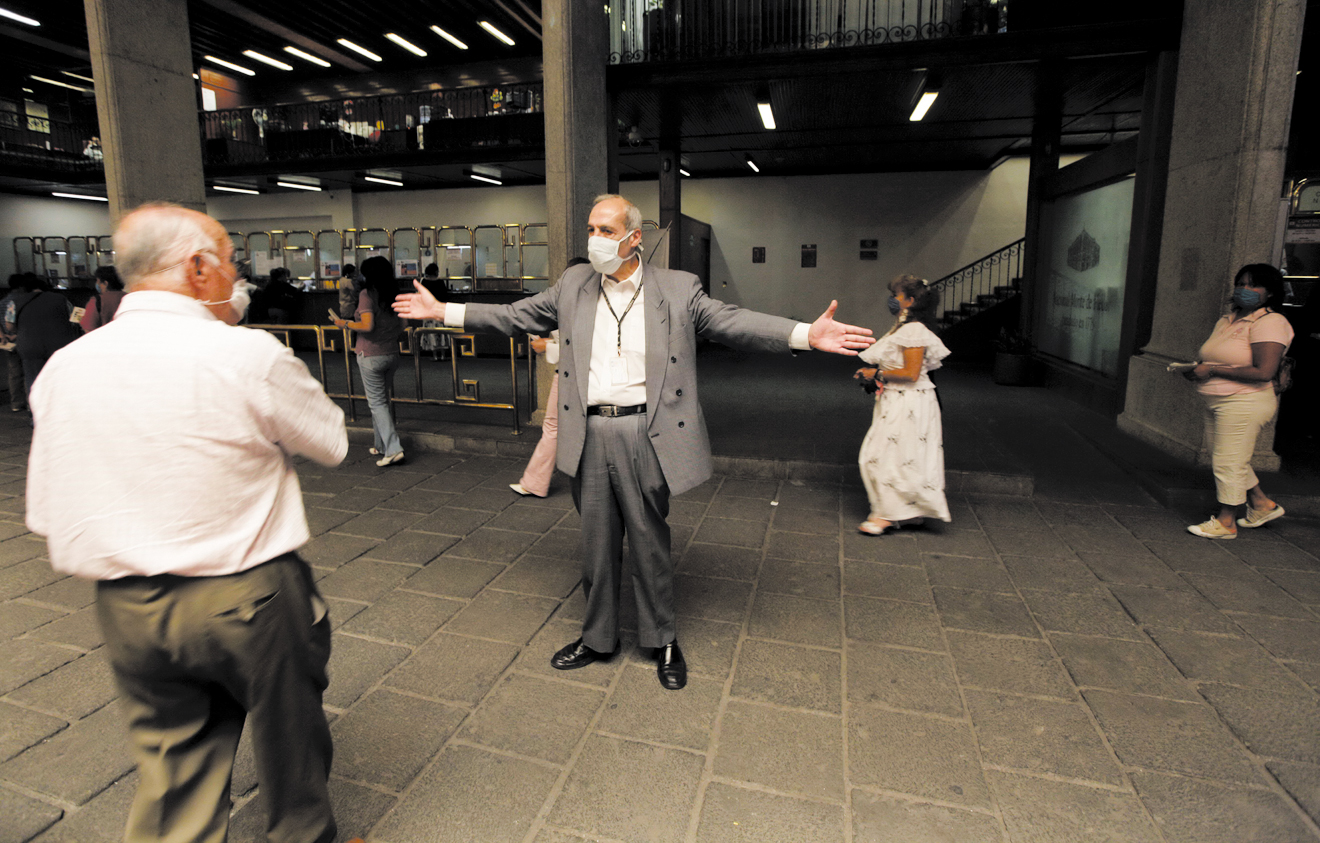 Mexico eagerly awaited the resumption of normal business at the end of a five-day swine flu nationwide shutdown yesterday.
As President Felipe Calderon said Mexico's response to the epidemic had saved "thousands of lives," the U.N.'s top world health official said the number of people to have contracted the virus in 21 countries had topped 1,000.
Mexico, the epicenter of the outbreak, has been eerily quiet since Friday after Calderon urged everyone to stay at home over a five-day holiday weekend.
However the president, in a televised address on Monday night, said it was coming to the point where the country could start returning to normal.
Mexico "has taken the lead in the global battles against the virus ... thousands of lives have been saved not only in Mexico but in the world" as a result of his government's containment measures, he said.
Starting today, Mexico would progressively return to normal activities by reopening its businesses, schools, museums and other venues closed for a week or more in its clampdown on the A(H1N1) outbreak, Calderon explained. "At last," said Ana Maria Rodriguez, a teacher from Mexico City. "We live in the capital, we're not used to being cooped up at home."
Calderon warned against complacency as "this virus is still circulating," and urged people to take precautions such as regular hand-washing. That note of caution was repeated in Washington, where White House spokesman Robert Gibbs told reporters: "It's still out there."
Health Minister Jose Angel Cordova noted "a declining trend in the number of suspect and confirmed cases" in the epidemic, though he too warned of a flu comeback. "We have to reinforce epidemiological vigilance, especially while we don't have a vaccine" for the new virus, he said.
Such a vaccine would probably not be ready before September, several international health officials have said.
Mathematical models used by Mexican health authorities suggested each person infected with the new flu virus could in turn infect around 1.5 other people. Another estimate based on that figure predicted that one carrier, through a chain of infections, would result in 10 more people being infected each day. In terms of fatalities, the virus had affected "all social levels" although the highest number were people of low- and middle-class, Lezana said. The age of those who died was between 21 and 40.
Government figures late Monday put the toll from the flu at 26 people dead and 776 infected, based on tests of more than 2,000 suspect cases compiled over the past few weeks.
The WHO raised its alert level to level five last Wednesday, which indicates a pandemic is imminent, and the organization's chief Margaret Chan again raised the prospect of it being increased to the maximum of six.
"We don't know how long we have till we move to phase six. Six indicates we are in a pandemic. We are not there yet," she told U.N. officials in New York.
Chan has said the end of the flu season in the northern hemisphere means that while the initial outbreak may be relatively mild, a second wave could be more lethal.