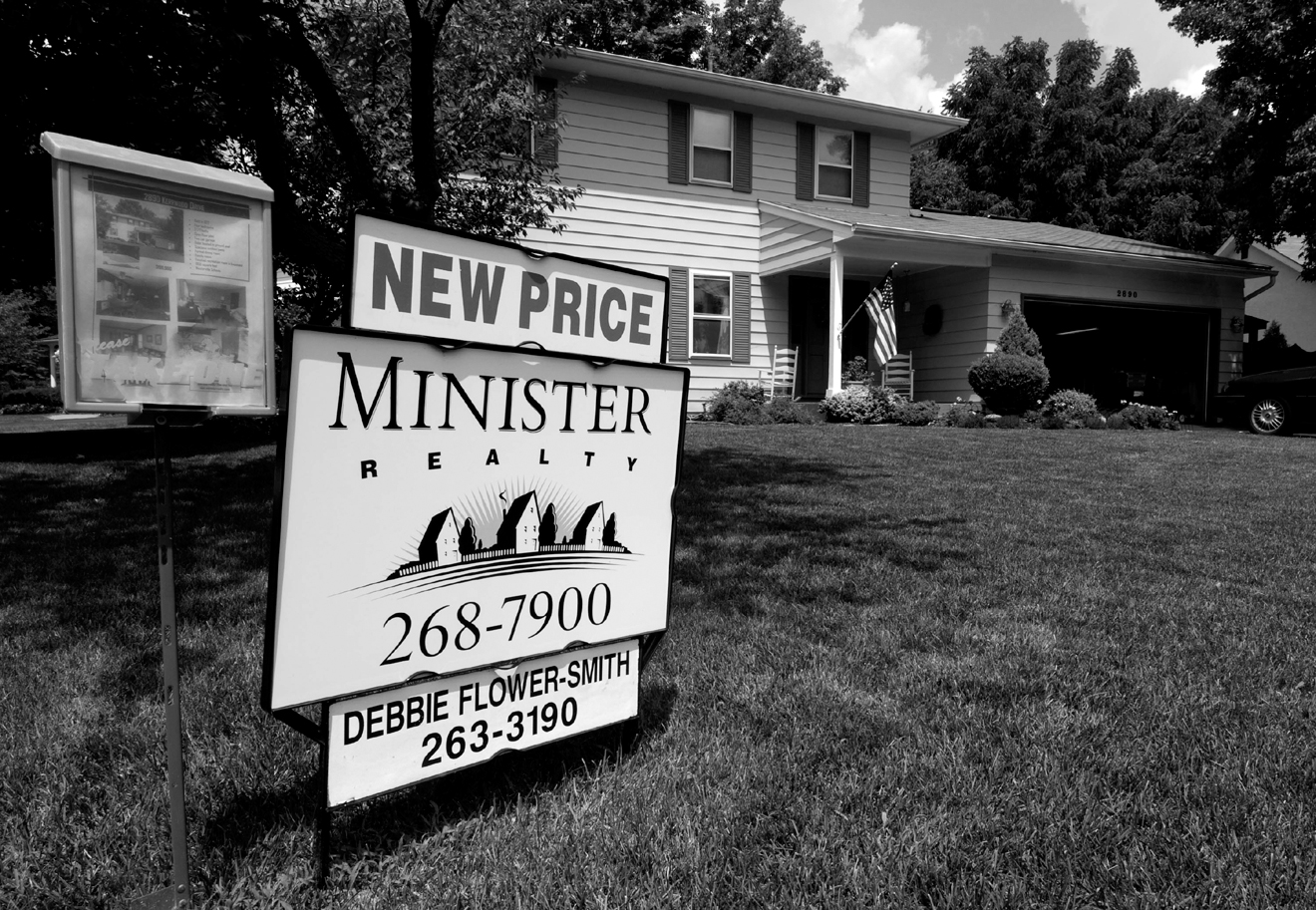 We might be looking at a lost generation for U.S. home values. Far too many analysts are calling a bottom to the housing market after home prices in 20 metropolitan areas declined at a slower pace in February, according to the Standard & Poor's/Case-Shiller Index.
Don't be blinded by the glint of optimism in headlines about rising consumer confidence and slowing price declines. Demographic and market realities tell a more sobering story.
You won't see a widespread housing rebound in an economy in which 600,000 jobs a month are lost and foreclosures ravage the most overleveraged areas. These are just the visible barriers to a recovery.
Mortgage lending has also been an unusually tightfisted process of late. Lenders are demanding a 20 percent deposit for home purchases, and want impeccable credit ratings. About 45 percent of U.S. banks surveyed by the Federal Reserve said they had "tightened their lending standards on prime mortgages." I suspect that number is much higher.
Then there's the reality that the market is glutted with homes. A record 19 million homes stood empty at the end of 2008.
What you can't see in the most recent housing numbers is the least-visible driver of home prices today: demographics.
The baby-boomer generation, the largest in American history, will be buying fewer single-family homes.
The U.S. is experiencing a 40-year generational peak in consumer spending, one that will lead to "the first and last Depression of our lifetimes," author Harry Dent predicts in his book "The Great Depression Ahead" (Free Press, 2008).
Although we may not be headed for a 1930s-style Depression, there's plenty of evidence to suggest that boomers are dumping their four- and five-bedroom suburban homes for two- and three-bedroom condominiums.
It's also unlikely that the "Generation X," born between 1965 and 1976 (or more derisively called "baby busters"), will bid up home prices. They are only 44 million strong, not as wealthy and even more in debt from college loans. The baby boomers are reorganizing their finances after a rocky decade in stocks. They aren't buying as many second homes and vacation properties in warmer climates.
Trouble spots
That's why it's unlikely that there will be any swift recoveries in Phoenix, Las Vegas or San Francisco, where prices fell 35 percent, 32 percent and 31 percent respectively in February from a year earlier, according to the Case-Shiller Index. More setbacks are coming in central and Southern California and south Florida. One thing hasn't changed in this recession: Those who are mobile will continue to move where jobs are relatively plentiful and housing is cheaper. The winners continue to be southeastern states and Texas. Some 67,000 single- and multifamily building permits were issued in the southern region in the first three months of this year, according to the U.S. Census Bureau.
Texas alone accounted for more than 20,000 authorizations. Hot spots are still Houston, Dallas-Fort Worth and Austin. Considering that almost 120,000 permits in the entire country were issued during that period, it shows that more than half of all new construction is in the South, where the cost of housing and living is significantly lower than in the Northeast, Midwest and on the West Coast. In contrast, just 5,571 units were approved in New York and New Jersey combined.
While building permits don't mean that housing will be built, they are one indicator of housing-market growth.
Yet don't confuse building with the ability to restore home equity. Simply moving to another area won't rebuild the estimated US$6 trillion that was lost during the bust.
One of the reasons the housing mania was so damaging was that median home prices rose to about three times average household incomes as opposed to double income levels in 1950.
Wages simply weren't keeping pace with housing inflation, so homeowners overleveraged to make up the difference. The wave of deleveraging will depress home prices in most markets.
It's time to assess your options. Your home may not be a nest egg. You may never recoup your losses from the dot-com and credit busts in the stock market.
For most homeowners, wealth building and retention may depend more on a diversified, inflation-indexed bond portfolio than on real estate. This new reality, though, may be lost on those still trying to price their homes at 2006 levels.