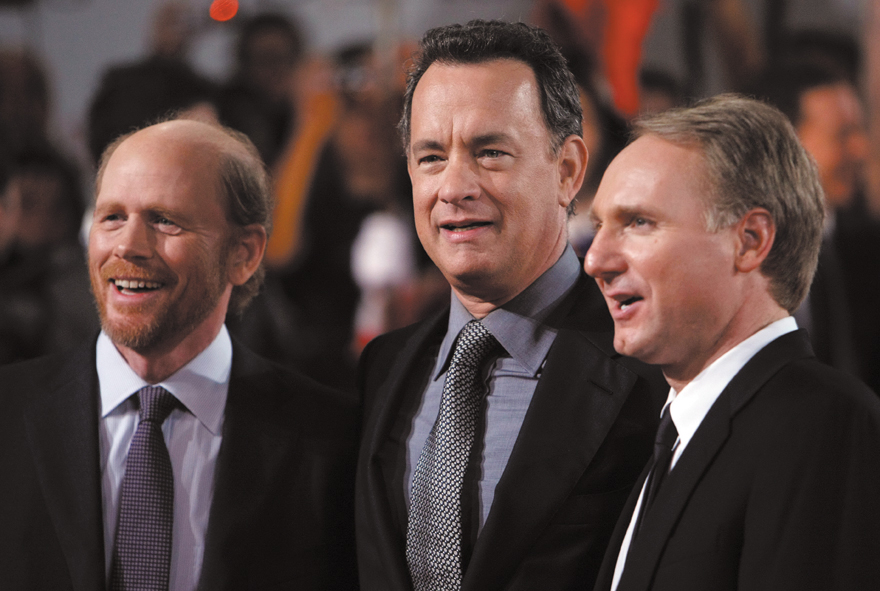 Fake Swiss Guards stood at attention on the red carpet yesterday as "Angels & Demons," the thriller based on the Dan Brown best-selling novel of the same name, had its world premiere.
Brown joined actors Tom Hanks and Ewan McGregor and director Ron Howard at Rome's auditorium to screen the film, which has already sparked controversy over Howard's charge that the Vatican interfered with getting film permits to shoot scenes in Rome.
Angels & Demons features Harvard symbologist Robert Langdon of "The Da Vinci Code" fame, played by Hanks. In the film, the Vatican turns to Langdon after an ancient secret brotherhood called the Illuminati kidnap four cardinals considered front-runners to be the next pope, and threaten to kill one an hour and then explode a bomb at the Vatican.
On Sunday, Howard said the Vatican had interfered with his efforts to get permits to shoot some scenes, a charge the Vatican said was a publicity stunt. Top church officials objected to "The Da Vinci Code" because it was based on the idea that Jesus married and fathered children and depicted the conservative Catholic movement, Opus Dei, as a murderous cult. Hanks says "Angels & Demons" is a much more fast-paced film than "The Da Vinci Code," which took in more than US$750 million worldwide. "This is like bang, bang, bang! There's no time for anything," Hanks said before the screening. "I like it because the circumstances are familiar but the form is very different."