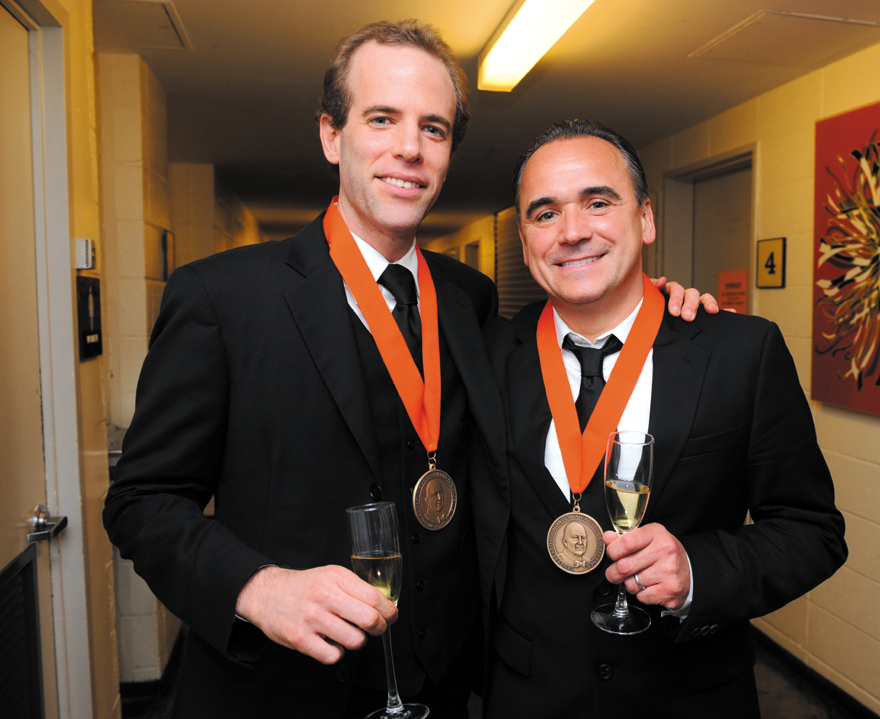 Dan Barber, a pioneer of the so-called farm-to-table restaurant movement, was named the top U.S. chef on Monday by the James Beard Foundation.
Dan Barber was lauded for using his New York restaurants - Blue Hill New York and Blue Hill at Stone Barns in Pocantico Hills - to highlight the difference seasonal and sustainable agriculture can make on the plate. Barber sees his cooking - which he calls American seasonal - as an effort to raise awareness about everyday food choices. At Stone Barns, which is set on a working farm, the menu is a simple list of fresh ingredients.
Barber, who was named one of the nation's best new chefs in 2002 by Food & Wine magazine, previously was recognized by the Beard Foundation as the top New York chef in 2006. He also was a finalist for the top chef last year.
The James Beard awards are the Oscars of the food world, and honor those who follow in the footsteps of Beard, considered the dean of American cooking when he died in 1985. Barber's award comes at a time when much is being made of the importance of reconnecting Americans with food at its source. For example, first lady Michelle Obama recently planted a vegetable garden at the White House, a move long sought by proponents of sustainable agriculture.
Michael Pollan, a vocal critic of conventional agriculture, got a similar nod from the foundation Monday. His "In Defense of Food," an examination of the American diet and food system, won a Beard book award. Jean-Georges Vongerichten's New York restaurant Jean George was honored as the top U.S. restaurant. The restaurant was a finalist in the category last year.
David Chang, who has received numerous accolades for his Momofuku Noodle Bar and Momofuku Ssam Bar restaurants in New York, earned "Best New Restaurant" for his Ko, which has been celebrated for its tasting menu-only offerings. The foundation honored Chang as best New York chef last year.
The foundation's award for rising star went to San Francisco chef Nate Appleman, whose restaurant A16 features the foods of Italy's Campania region.