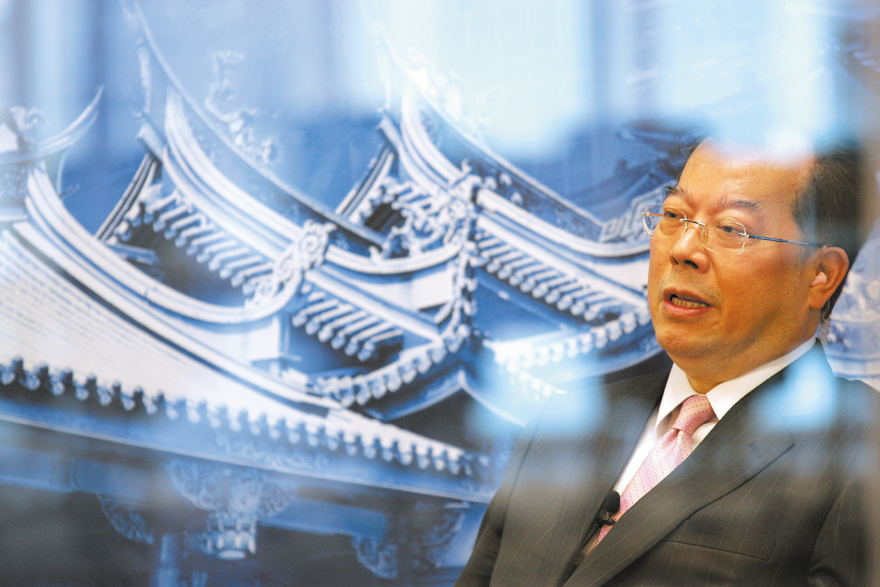 Powerchip Semiconductor Corp., the Taiwanese computer-memory chipmaker that has posted losses for eight straight quarters, expects to return to profit in the last three months of the year on rising chip prices.
"We already have a positive cash flow this month because of rising chip prices," Chairman Frank Huang, 59, said in an interview in Taipei yesterday. "I strongly believe we will turn a profit in the fourth quarter."
Powerchip and other chipmakers began to post losses in the second quarter of 2007 after they overestimated the demand that would be created by the release of Microsoft Corp.'s Windows Vista operating system. Industrywide production cuts since the second half of last year have helped ease the oversupply of semiconductors.
"We have passed the worst time," Huang said.
Powerchip's stock fell by its 7 percent limit to close at NT$5.32 in Taipei yesterday. The shares have gained 36 percent this year, compared with the benchmark Taiex index's 45 increase.
The price of the benchmark 1-gigabit dynamic random access memory chip rose 64 percent from historic lows in December, according to Taipei-based Dramexchange Technology Inc. , Asia's biggest spot market for semiconductors.
Elpida Memory Inc., Japan's largest maker of computer-memory chips, said last month it plans to raise prices by as much as 50 percent this month after the production cuts eased the glut.
Elpida and other memory-chip producers will probably cut capital spending by 64 percent to US$3.35 billion this year, Barclays Capital said April 16. DRAM makers lost US$12.5 billion from 2007 until the end of 2008, according to Andrew Norwood, an analyst in London at Gartner Inc., an industry researcher. Nanya Technology Corp., Taiwan's second-largest DRAM maker, said last week it was in talks with customers including Hewlett-Packard Co. and Dell Inc. to raise prices by as much as 20 percent in the first half of this month, after two increases in April.