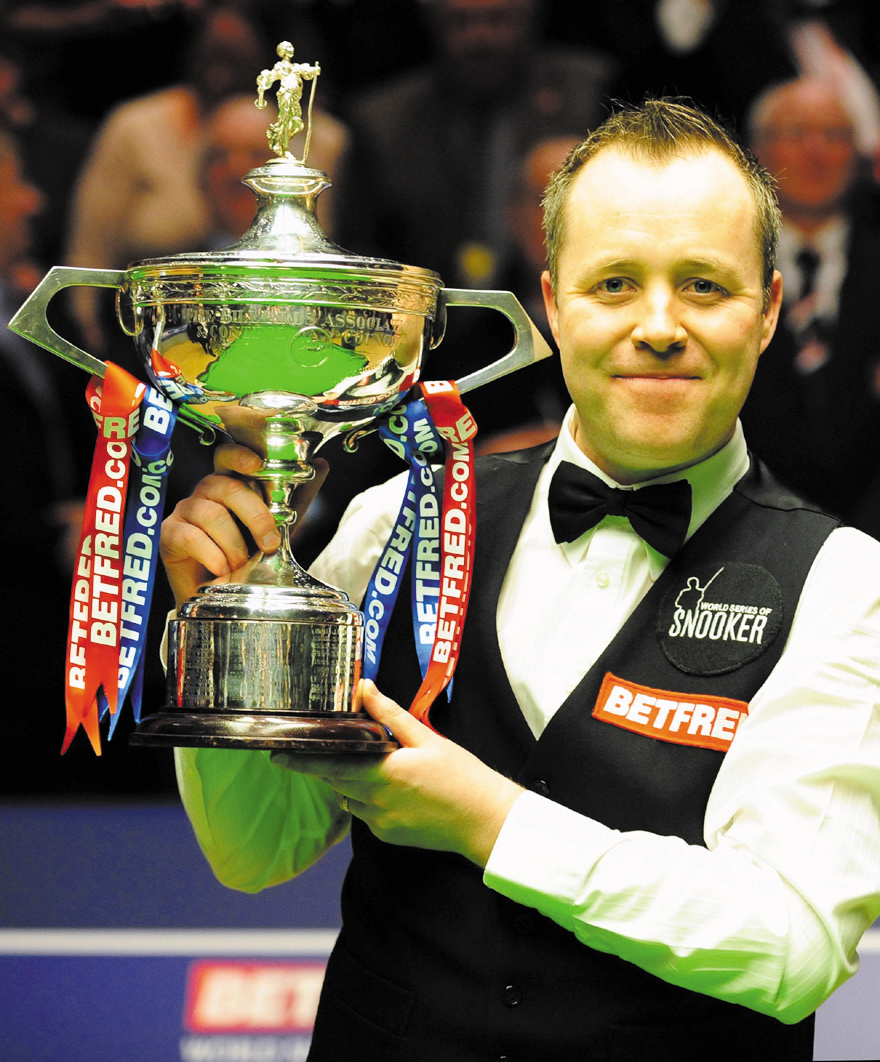 John Higgins won the World Championship snooker final with a commanding 18-9 victory over Shaun Murphy at the Crucible Theatre on Monday.
The Scot's success saw him to his third world crown to go with his 1998 and 2007 triumphs in a match where 2005 world champion Murphy was not at his best.
"I am over the moon. I don't know what to say," Higgins told the BBC. "It's brilliant."
Reflecting on the match, Higgins said Sunday's second session - where he'd pulled away from 4-4 to an 11-5 overnight lead - had been decisive.
"The second session made the difference. Shaun missed a couple he wouldn't normally miss," Higgins explained. "I got a good run of the balls in the second session and that is what swung it my way."
Asked about his prospects of adding to his world title haul, Higgins replied: "If I've won two out of the last three there is no reason why I can't go on and win some more."
Murphy, agreeing with Higgins's summary of the final, added: "I thought the match was good until we got to five-all, that second session is where it went wrong for me.
"All credit to John, he is the best tactical player I have ever seen."
The 33-year-old Higgins, whose 11-5 overnight lead was the largest in a Crucible final, was 16-8 in front at the end of Monday's first session.
And when the match resumed he'd made the most of yet another Murphy error to move to within one of the title.
But the 26-year-old Englishman, the reigning UK champion, produced a 59 break to keep Higgins at bay.
However, he was merely delaying the inevitable and, after Murphy broke down in the next, Higgins rounded off the match with a break of 73, just failing to add to the record 83 centuries scored at this World Championship.
Higgins joined Ronnie O'Sullivan and the late John Spencer on three world titles with only seven-times champion Stephen Hendry and six-times winners Steve Davis and Ray Reardon more successful since the tournament reverted to being a knockout event in 1969.
The eventual champion carried on from where he left off late on Sunday, winning three of the first four frames on Monday as he made the most of several Murphy mistakes.
Murphy whose estranged wife Clare had threatened to serve him with divorce papers during one of his matches at this year's World Championship, awoke on Sunday to discover that details of his private life had been splashed across a British newspaper.
In the circumstances he could be forgiven if his mind was not completely on snooker but he did ensure Monday's final session would be needed after winning the 21st and 22nd frames.
But Higgins took the next two to leave him in sight of victory.
The match was all square at 4-4 after the first session but Higgins won seven of the next eight frames in a key burst.
Higgins's win saw him become the oldest Crucible world champion since Dennis Taylor triumphed in 1985 at the age of 36. Higgins turns 34 on May 18.
Higgins, though, twice came close to losing in this year's tournament, needing final-frame deciders to beat both Jamie Cope and Mark Selby 13-12.