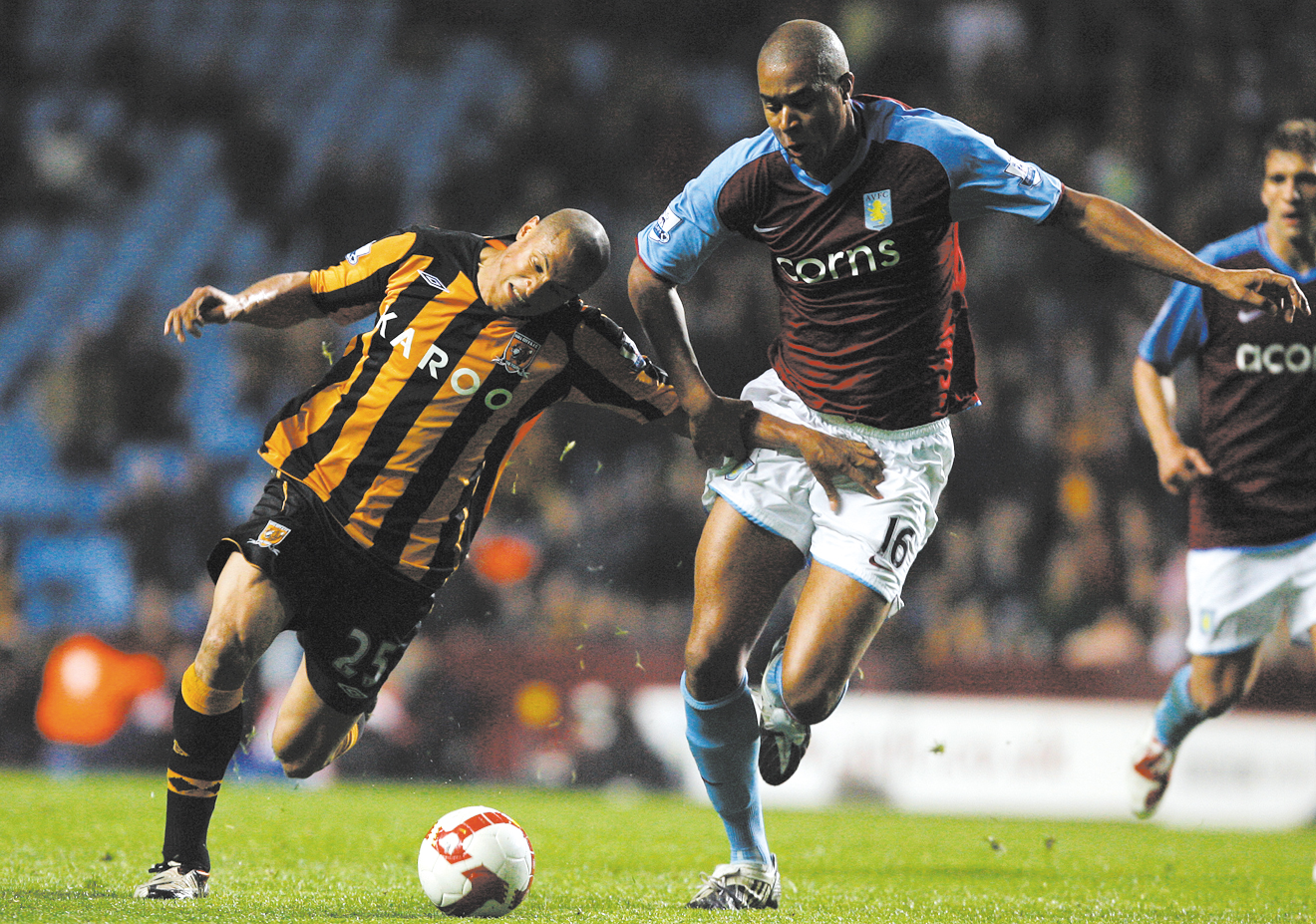 John Carew's first-half goal gave Aston Villa a 1-0 win over relegation candidates Hull City here on Monday as the Midlands side assured themselves of European football next season.
Victory, Villa's first in 13 matches, saw them regain fifth place in the English Premier League from Everton and secured their spot in the Europa League, which will replace the UEFA Cup.
By contrast defeat left Hull just three points above the relegation zone with three games left at the end of a round of matches where all the teams in the bottom eight lost.
"It was relief at the end that we have won a game," Villa manager Martin O'Neill told Sky Sports. "We've thrown away leads against Stoke and West Ham, and tonight it was nice to keep a clean sheet."
Norway striker Carew grabbed the only goal of the game in the 34th minute when he turned in an Ashley Young cross from close range.
There was a suspicion of offside regarding Carew's 14th goal of the season but the forward said: "It was very good, the referee made the right decision.
"I wasn't sure but it was good to see it wasn't offside. It was a brilliant ball, I just had to put my foot on it."
Hull manager Phil Brown refused to be downcast and believes his team - who have been in freefall for several months now - can avoid relegation.
"We deserved something from the game, no doubt about it and if we get the same effort on Saturday, Stoke have got a game on their hands," said Brown.
"I can't fault the players commitment in the second-half."
Hull goalkeeper Boaz Myhill made several fine saves to deny Villa, who fielded eight England players as England boss Fabio Capello looked on, a more emphatic victory, including a fine point-blank stop from Gabriel Agbonlahor.