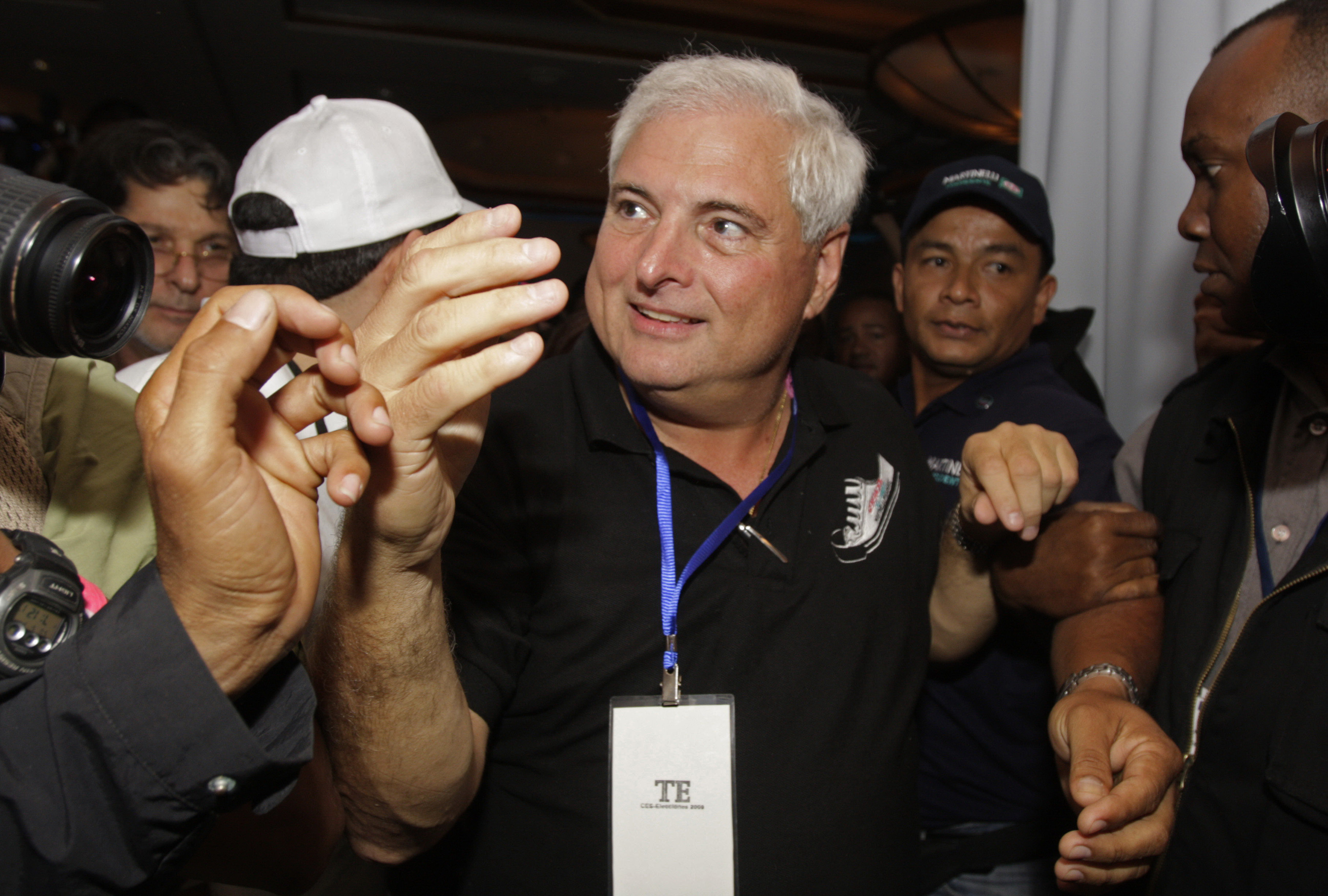 Conservative supermarket magnate Ricardo Martinelli won Panama's presidential election in a landslide Sunday, promising to guide the country through the world economic crisis and an ambitious expansion of the Panama Canal.
The win by Martinelli, of the opposition Alliance for Change, marked a rare center-right election triumph in a region that has seen a wave of leftist leaders.
Electoral Tribunal President Erasmo Pinilla called Martinelli the "indisputable winner" after preliminary results showed him with 61 percent support and governing party candidate Balbina Herrera with 37 percent. Former President Guillermo Endara was a distant third. The winner was announced with 87 percent of the votes counted.
The U.S.-educated, pro-business Martinelli, 57, who owns Panama's largest supermarket chain, said he would work for a national unity government because "that is what the country is counting on."
"Tomorrow we will all be Panamanians and we will change this country so that it has a good health system, good education, good transportation and good security," he said.
Herrera, a 54-year-old who served as housing minister under outgoing President Martin Torrijos, conceded defeat late Sunday and promised to respect the results.
She vowed to form "a responsible but very energetic opposition because we have stopped being a country of economic growth, with our house in order and a canal expansion plan in march."
Election officials said that with 53 percent of voting stations reporting, Martinelli's coalition had won 37 seats in the 71-seat National Assembly and Herrera's bloc had 23 seats. Panamanians also elected a vice president, mayors and other local officials.
Thousands of Martinelli's supporters carrying the green flag of his party filled the streets of Panama City to celebrate.
"Martinelli has received strong support and I believe that he can achieve the change he's promised," said Carlos Rodriguez, a 46-year-old taxi driver. "He has had great success as a businessman and now I hope he can to a good job in government."
The victor, whose five-year term starts July 1, will have to guide this poor Central American country through the global economic crisis and the US$5.25 billion project to increase the Panama Canal's capacity and allow it to accommodate larger ships.
The canal is Panama's economic motor and both Martinelli and Herrera supported its expansion, but the world's economic woes have generated uncertainty over the project, which is receiving US$2.3 billion in international financing. Approved in a 2006 referendum.