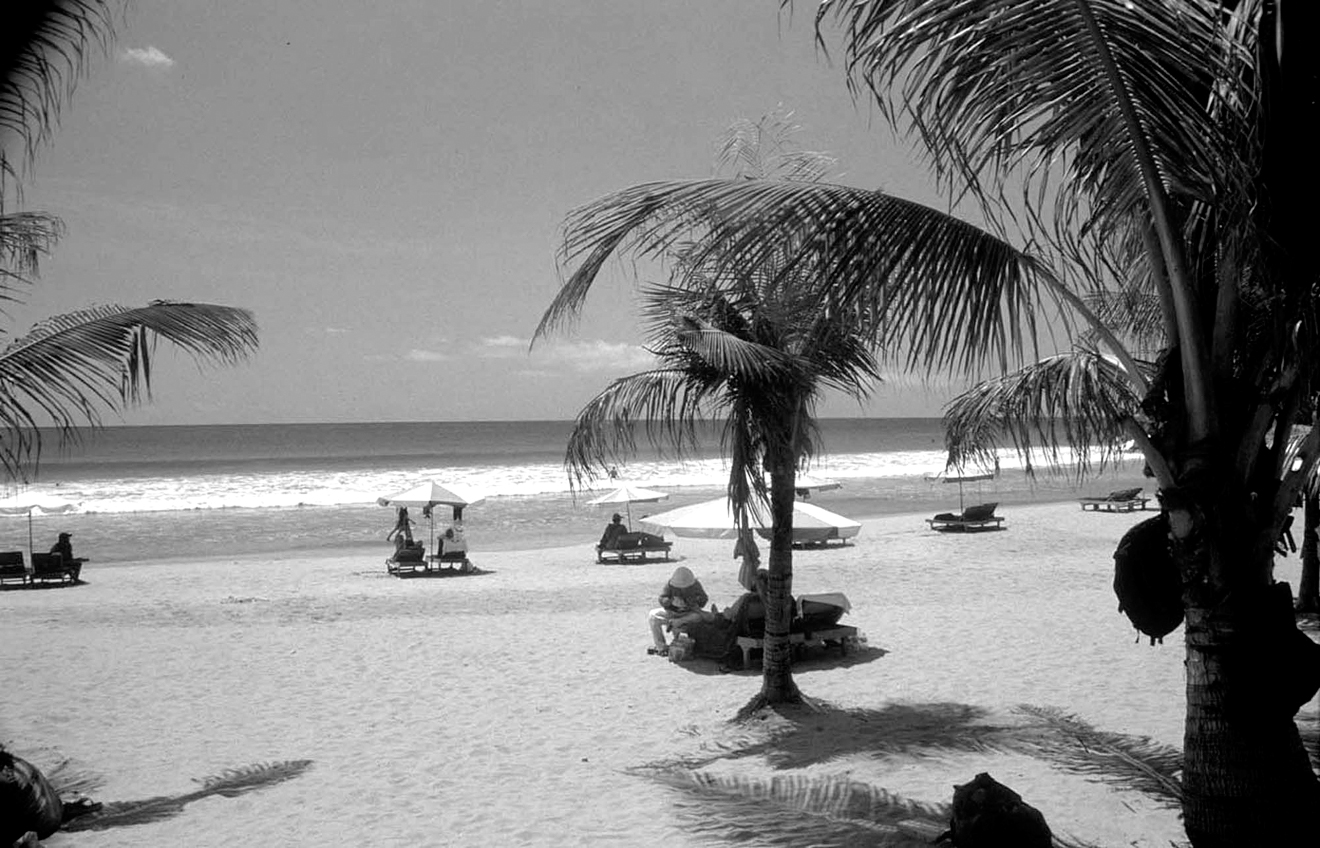 An Indonesian beach isn't the first place you'd look for clues about the trajectory of Asia's economies. Here on the island of Bali, there are myriad ones. They are bankers, many of American and European origin.
The financiers are here for the Asian Development Bank's annual meeting, and the fact they are here at all speaks volumes about Asia. Thailand last month had to cancel a meeting of regional leaders, also planned at a beach resort, amid political unrest. Indonesia's confab is going off without a hitch.
It's but the latest sign that Indonesia is among the most politically stable countries in Asia, and deserves more attention from global investors. The presidential election in July could be another plus for those betting on the world's fourth most-populous nation.
The contrast with Thailand is obvious amid protests that linger after political chaos led to an emergency decree in Bangkok last month. Just four years ago, Thailand was Southeast Asia's success story. Today, its outlook is shrouded in political instability that has reached farcical levels. Here in Indonesia, President Susilo Bambang Yudhoyono has restored a measure of stability few thought remotely possible 10 years ago.
Another contrast is with richer nations like Singapore. Indonesia's central bank forecasts its US$433 billion economy will expand at the higher end of its 3 percent to 4 percent range this year. Singapore is shrinking 11.5 percent year-over-year. Yes, Singaporeans are much richer than Indonesians. That doesn't detract from Yudhoyono's achievements.
Stable economy
Since assuming office in 2004, Yudhoyono has stabilized the economy and reduced terrorism in Indonesia, home to the world's largest Muslim population. His popularity ahead of the election bodes well for Southeast Asia's biggest economy staying on the reform track.
That would give Yudhoyono an opportunity to upgrade the micro-economy, and it's here where investors should pay close attention. The steadiness Yudhoyono brought to a decidedly event-rich economy is a key reason why, in a world of plunging markets, the Jakarta Composite Index is up 36 percent this year.
It's time to get under the micro-economy's hood. Indonesia ranks 126th in Transparency International's latest corruption-perception index - behind Nigeria and Nepal. Along with improving the quality of roads, ports and power grids, the nation needs to bolster the rule of law, beef up corporate governance and reduce bureaucracy standing in the way of greater prosperity.
Investment needed
There's little reason to doubt a newly elected Yudhoyono would do just that. And that's what Indonesia needs if it's going to attract foreign investment to fuel growth and infrastructure projects. Many worry foreign direct investment will fall this year. It's a sign that the good news emanating from Indonesia isn't enough. Investors want more proof.
An hour with Flavia Bustreo buttresses the view that more than most leaders in Asia, Yudhoyono really gets what his economy needs most.
Bustreo is deputy director of the Geneva-based Partnership for Maternal, Newborn and Child Health. As fleshy bankers in Speedos stroll by, getting in a moment of beach time before hitting the ADB's conference, Bustreo tells me that Yudhoyono's administration is "not doing badly" in working to reduce the number of mothers who die during childbirth.
There's a direct link between health, absenteeism and business productivity. When they met in Japan last July, the Group of Eight leaders even included a reference to it in their communique for the first time. While it's not an issue the average hedge-fund manager ponders, the steps Yudhoyono is implementing to improve the health of women and children will pay dividends down the road.
Eye on the ball
"There is increased awareness and knowledge of this issue, and we will all be better off for it," Bustreo says.
None of this is to gloss over the daunting risks facing Indonesia at a time when credit markets are frozen and the world economy is in recession. Falling demand for commodities is hardly good news for resource-rich Indonesia. High poverty rates leave the economy highly vulnerable to slowing world growth over time. Investing in Indonesia isn't for the faint of heart.
Then again, the idea that Indonesia is keeping its eye on the proverbial ball amid global chaos is to be commended. Last month, Pacific Investment Management Co., which runs the world's biggest bond fund, listed Indonesian debt among the most attractive investments out there.
It's well documented that the nation's 243 million people offer a prime example of how Islam, democracy and modernity can co-exist. Time magazine recently named Yudhoyono one of the 100 most influential people. Symbolically, the accompanying article was written by Malaysian opposition leader Anwar Ibrahim. Anwar has been trying for years to bring a more representative form of government to Malaysia.
Less recognized is the extent to which Yudhoyono is chiseling away at the political and financial systems former dictator Suharto created in his 32 years in power. The job is far from done and Indonesia's climb is a decidedly uphill one.
Credit where it's due, though. Indonesia is proving the skeptics wrong and is likely to continue doing so. All those swim-suit clad, Blackberry-toting bankers roaming around Bali this week are proof enough of that.