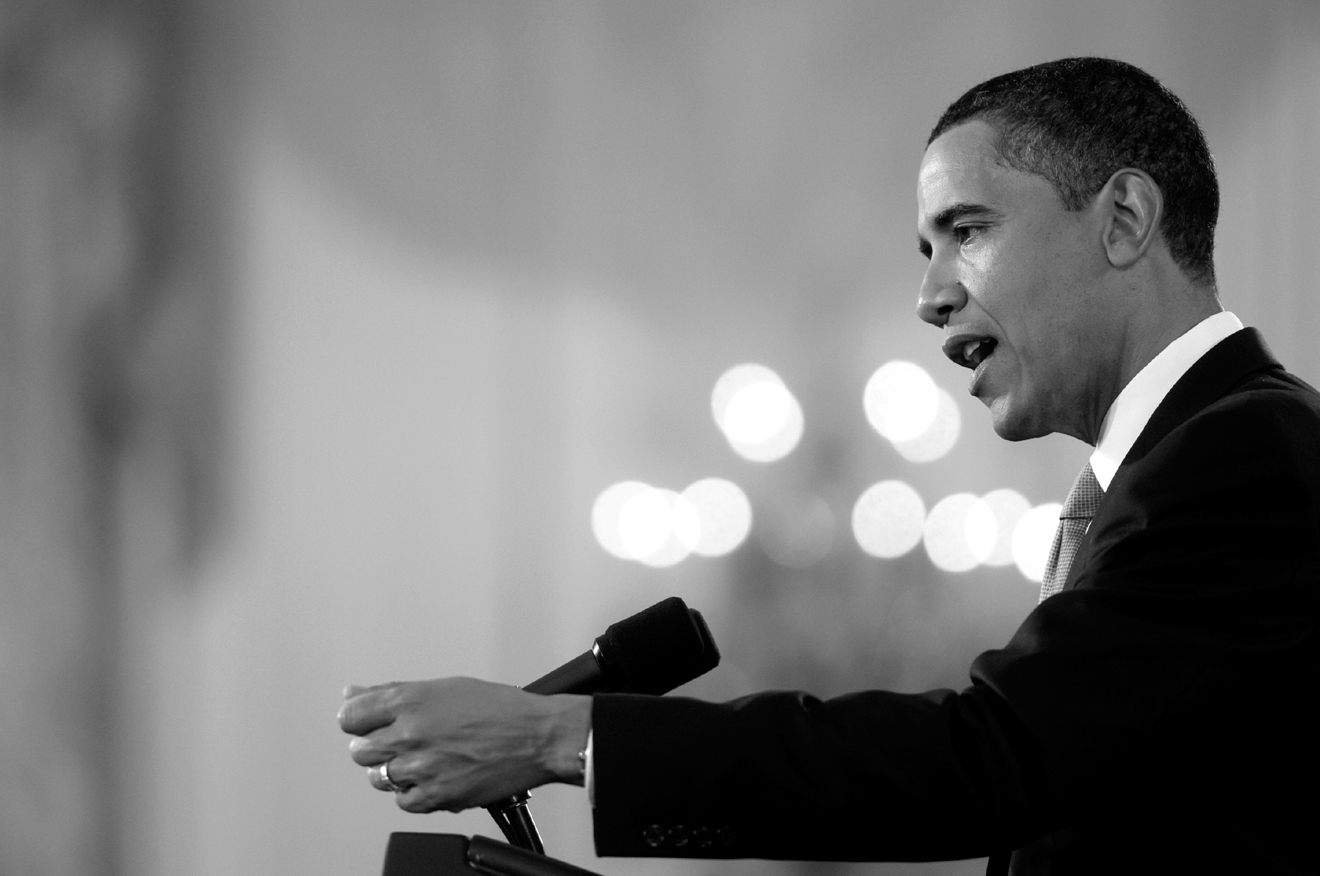 By Tribune Washington Bureau
In a strikingly defensive explanation of his stance on Bush-era anti-terrorism tactics, President Barack Obama acknowledged Wednesday that the harsh interrogation techniques he has banned might have yielded useful information, but that he was nonetheless willing to rule them out on moral grounds.
Obama carefully walked the American people through a policy that has led him to release classified memos detailing the Bush administration's legal rationale for techniques such as waterboarding, yet show no enthusiasm for prosecuting the architects of the policies.
Coming in a prime-time news conference in which Obama confidently discussed his work over the first 100 days in office, his comments on torture seemed to underscore a gnawing dilemma - with the president caught between growing public sentiment against igniting a national debate over past interrogation tactics and his liberal base that is growing more aggressive in its calls for investigations and prosecutions.
"This is a decision that I am very comfortable with, and I think the American people over time will recognize that it is better for us to stick to who we are, even when we're taking on an unscrupulous enemy," Obama said.
He said he was not arguing that "there might not have been information that was yielded by these various detainees who were subjected to this treatment," but that the information could have been obtained in other ways.
By conceding that intelligence was in fact gleaned from harsh techniques, however, Obama was in effect acknowledging that he may be vulnerable to arguments coming from former Vice President Dick Cheney and other conservatives that his decisions could make the country less secure.
At least one new survey this week showed that Cheney's arguments may have broad support - and that the shadow of Sept. 11 still looms larger in the public mind than Obama might have initially realized.
A majority of Americans, 53 percent, said they opposed the release of the interrogation memos, while 40 percent supported it, according to an NBC News/Wall Street Journal survey. The poll also found that half of Americans opposed Obama's order to close the Guantanamo Bay prison for terror suspects, and that a clear majority opposed the idea of prosecutions for harsh U.S. interrogations.
Collection without coercion
In the news conference, Obama reached to World War II for wisdom, pointing to a decision by British Prime Minister Winston Churchill during Nazi bombings.
"London was being bombed to smithereens (and) had 200 or so detainees. And Churchill said, 'We don't torture,'" the president said. "Churchill understood: You start taking shortcuts, and over time, that corrodes what's best in a people. It corrodes the character of a country."
Yet, for the first time, Obama also acknowledged that there could be a cost to the nation's intelligence-collection capabilities by turning away from the Bush administration's methods.
"In some cases, it may be harder," Obama said, referring to efforts to get information from terrorism suspects without the use of coercive interrogation techniques. "But part of what makes us, I think, still a beacon to the world is that we are willing to hold true to our ideals, even when it's hard, not just when it's easy."
He also acknowledged that he had read classified memos recently cited by Cheney as evidence that the CIA's interrogation program produced information that prevented terrorist attacks.
Cheney has requested declassification of those documents, and intelligence officials have indicated that the memos, or at least parts of them, are likely to be released.
Obama did not dispute Cheney's assertions about the memos, but appeared to aim to blunt their potential impact by shifting the argument.
The assertion that the CIA's methods worked "doesn't answer the core question, which is, could we have gotten that same information without resorting to these techniques?" Obama said. "And it doesn't answer the broader question, are we safer as a consequence of having used these techniques?"