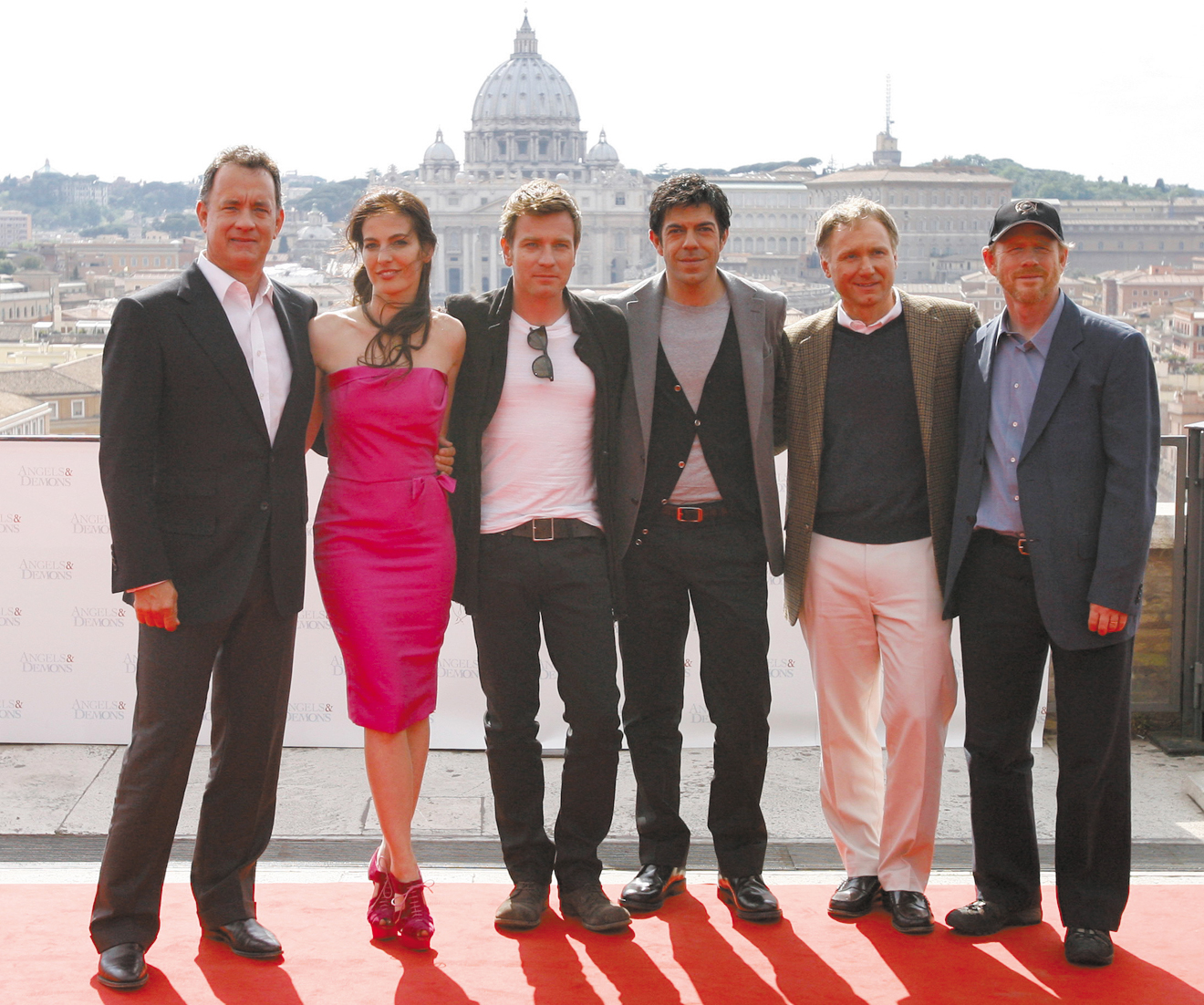 Director Ron Howard claimed Sunday that the Vatican interfered with efforts to get permits to shoot certain scenes of his "Angels & Demons" religious thriller in Rome - a charge the Vatican said was purely a publicity stunt.
The film, which stars Tom Hanks and is based on the best-selling novel by Dan Brown, has its world premiere yesterday in Rome.
"Angels & Demons" combines an ancient secret brotherhood called the Illuminati, a papal conclave and a high-tech weapon threatening to destroy the Vatican.
At a press conference Sunday, Howard said he hadn't sought cooperation from the Vatican based on the opposition he encountered filming "The Da Vinci Code," another Brown novel that angered many Catholic leaders.
But he said the Vatican nevertheless exerted influence regarding his filming permits, and he was told it would not be possible even to shoot scenes in Rome that had churches in the background.
"When you come to film in Rome, the official statement to you is that the Vatican has no influence," he said. "Everything progressed very smoothly, but unofficially a couple of days before we were to start filming in several of our locations, it was explained to us that through back channels and so forth that the Vatican had exerted some influence."
"Was I surprised? No. Am I a little frustrated at times? Sure," he said. Nevertheless he said he felt that he was able to preserve the overall "Angels & Demons" experience despite the restrictions by recreating scenes on sets. For the Sistine Chapel alone, some 20 members of the production crew - posing as tourists - took photos of all the frescoes, floor mosaics and paintings of the tiny chapel where popes are elected - until they were told to stop, the film's website says.
"Angels & Demons" features Harvard symbologist Robert Langdon of "The Da Vinci Code" fame, played by Hanks in the movie. In the film, the Vatican turns to Langdon after the Illuminati kidnap four cardinals considered front-runners to be the next pope, and threaten to kill one an hour and then explode a bomb at the Vatican.
The Vatican spokesman, the Rev. Federico Lombardi, refused to comment on Howard's allegations about church interference, saying his charges were purely designed to drum up publicity for the film.
Last summer, Rome's diocese confirmed it had barred producers from filming inside two churches because the movie didn't conform to the church's views. In addition to Hanks, the film stars Ewan McGregor as the camerlengo, the prelate who takes care of matters dealing with a papal death and runs the Vatican until a new pontiff is elected. Ayelet Zurer plays Dr. Vittoria Vetra, a scientist who helps Langdon crack the codes to save the cardinals.