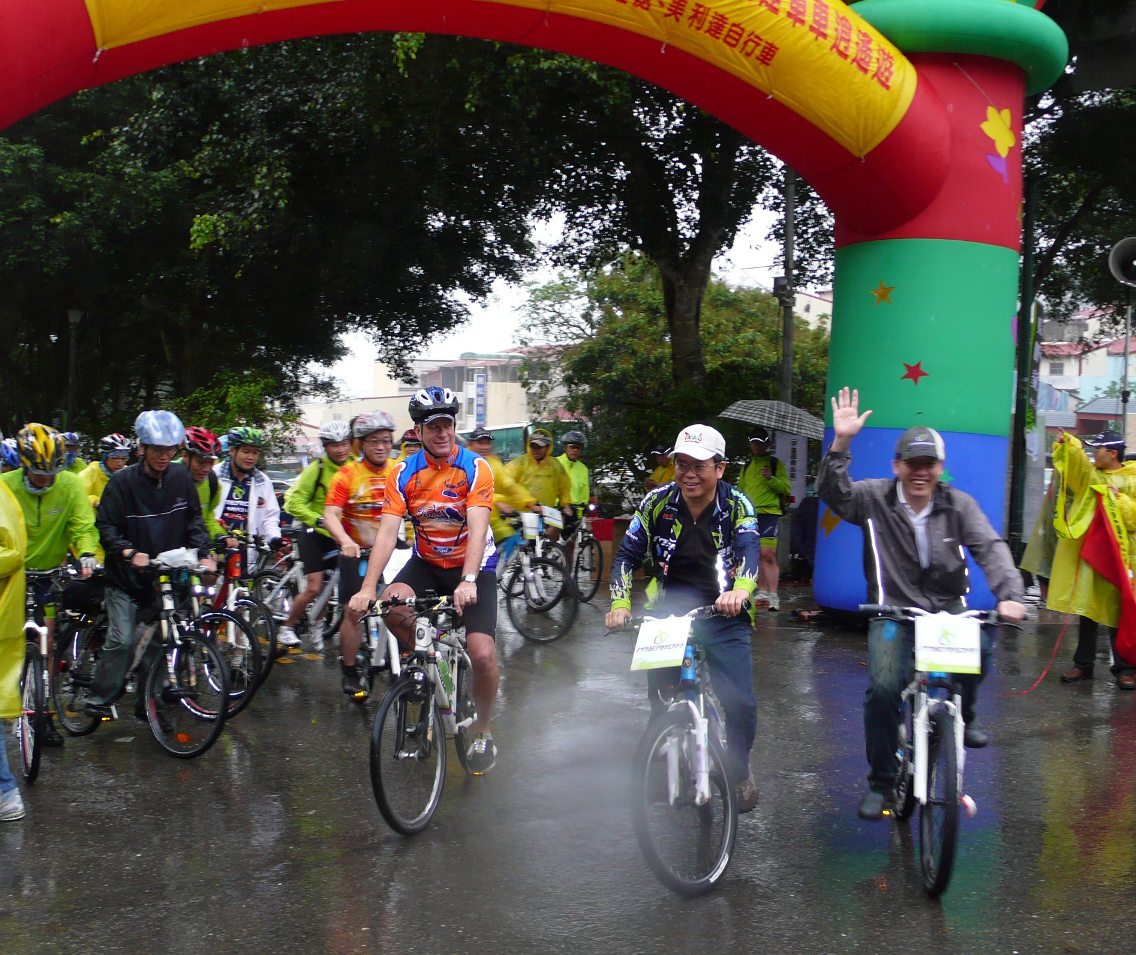 Thousands of bike lovers on April 26 joined in a biking activity held at Sun Moon Lake National Scenic Area promoted by Ford Motor Co and Merida, turning the beautiful scenic area into a biking paradise.
Many families were seen carrying their bikes in their sport utility vehicle, and began biking around Sun Moon Lake in the Sunday morning. The biking routes were divided into a 13-kilometer family route and a 29-kilometer biking challenge, offering bikers flexible options.
All of the biking participants were given free gifts by the activity sponsor - Ford company. Ford President Ni Meng-shih noted that he was very inspired to see so many participants showing up at the activity venue, adding that the company would keep pushing for similar activities in the future.
Ford company on April 24 officially released the new Ford i-Max, which offers around 140 bhp and a 0-60 mph sprint time close to nine second. The new i-Max is said to showcase the very latest of Ford's Kinetic Design language, first revealed by the S-Max. Versatility was at the heart of the new car?s design brief, and the back seats are accessed through a sliding real door. The hatchback opening is large to make it easy to load luggage into the generous boot.