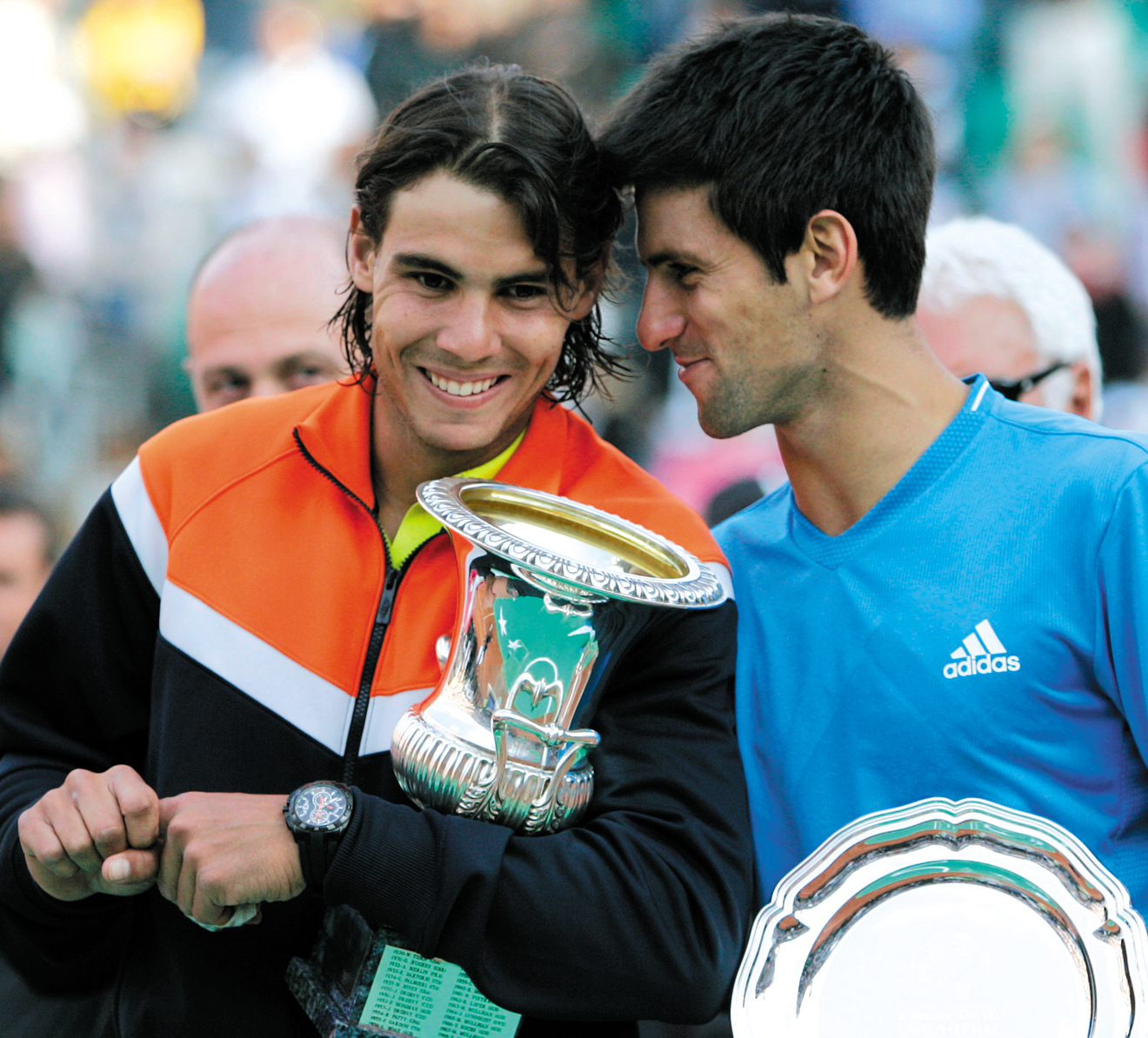 World number one Rafael Nadal won a record fourth ATP Rome Masters claycourt title on Sunday, beating reigning champion Novak Djokovic 7-6 (7/2), 6-2 in the final.
The 22-year-old Spaniard took his winning run on clay to 30 matches in just over a year while Djokovic's failure to retain his title saw him lose the world number three spot to Briton Andy Murray, who thus becomes the highest ever ranked British man since the computerized rankings system was introduced in 1973.
Although the match ended in two sets it was a high quality and close run affair until the very end when Serbian Djokovic wilted and Nadal, who has only dropped one set on clay this year, ran away with it.
It was the top seed's 15th Masters Series title and only Andre Agassi, with 17, has won more.
"I would love to have more than 17. Right now I have 15, I'm very happy for that. (but) I'm going to try my best in the next tournaments," said Nadal.
"I started well. He led 40-15 in the first game but then I won it. That was important, the first break.
"But later it was really tough to return. The ball was bouncing really high and when he put the first serve in it was really tough."
Djokovic played brilliantly at times but the main difference was in unforced errors where he made 40 to just 22 from Nadal.
Asked what the difference was between the two, the Serbian said: "Well, obviously it's his patience on certain points.
"When I needed to, maybe stay a little bit more patient and just play the right shots, I made some unforced errors.
"It's happened a couple times already on this surface that I've been close (to Nadal) and in the deciding moments he just overcomes the pressure better than me.
"But that's why he's the best in the world in this moment. Overall, I'm really happy with the week."
The 21-year-old third seed actually hit 23 winners to just 19 by Nadal but too often he undid his own good work by following up one good point with a poor one.
He dropped serve in the opening game of the match, having led 40-15, after hitting a forehand wide, one of far too many forehand errors.
Although Djokovic knew he needed to be more patient he still too often threw away his best opportunities.
Djokovic saved a set point at 5-3 on his own serve and then set up a break point in the next game when he wrong footed Nadal, who consequently sent a backhand slice sailing over the baseline.
Nadal hit a service winner to save the break but he then atypically missed with two inside-out forehands to hand his opponent a break.
In an ominous caveat of what was to follow, though, Djokovic then played a horrible service game laden with unforced errors to gift a break straight back to Nadal, after which the Serbian smashed his racket in frustration.
Nadal set up a set point on his own serve after winning a lightning exchange at net but Djokovic won two points at the net to earn a break point.
And when Nadal shanked a forehand off the frame, it was into a tie-break.
However, having again fought tooth and nail to stay with the Spaniard, Djokovic played an awful tiebreak and Nadal had a one set lead after 1hr 13min on court.
Once again the Serbian had undone his own good work.
Djokovic kept fighting until he was trailing 2-3 in the second and crucially double-faulted on break point.
That gave Nadal a 4-2 lead, after which his 21-year-old opponent crumbled to defeat in 2hr 3min.
After the match, though, Djokovic delighted the crowd by performing a comical mime of Nadal's pre-return routine at the baseline.