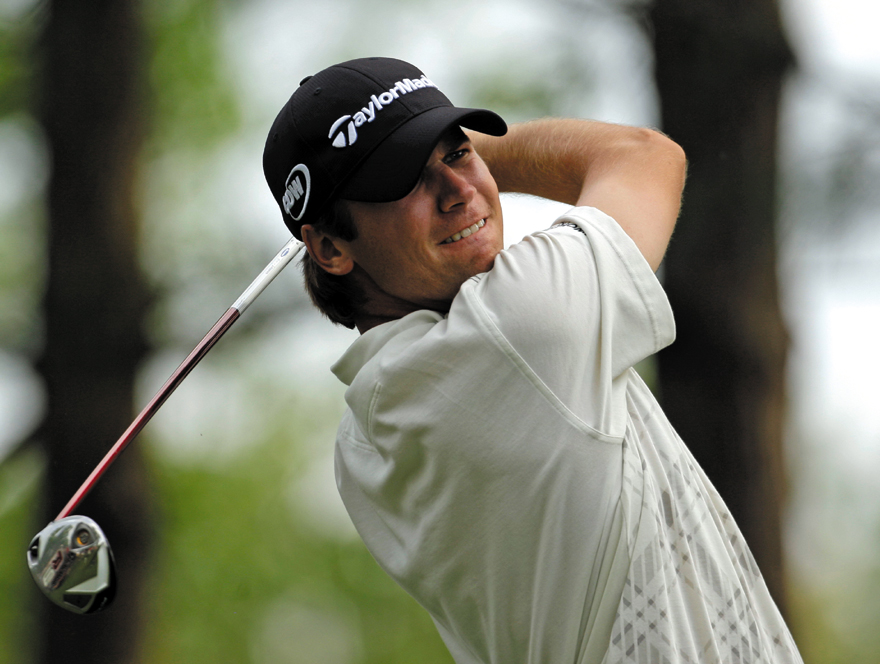 Sean O'Hair survived a bogey-bogey finish to win the Quail Hollow Championship Sunday, carding a three-under 69 for a one-stroke victory in the US$6.4 million tournament. Apart from his bogeys on the tough last two holes, O'Hair coped admirably with windy weather and firm course conditions, finishing with an 11-under total of 277. He was the only player among the last 18 to tee off on Sunday to break 70. The American birdied 15 with two putts from 70 feet, then sank an eight-foot birdie putt at the 16th and was keeping warm for a possible playoff only to have compatriot Lucas Glover fail to make the birdie he needed at the last to force sudden-death. Glover carded a 71 to finish a shot back on 278 alongside Bubba Watson, who closed with a 70. Woods finished with 10 straight pars for a 72 that left him alone in fourth place on 279.
O'Hair's third career title came five weeks after Woods snatched the Arnold Palmer Invitational title from him at Bay Hill. O'Hair had led Woods by five at Bay Hill, and lost by one stroke when the superstar birdied the final hole.
"Losing (stunk) at Bay Hill," O'Hair said. "Even though it's tough to lose like that, to lose a five-shot lead against Tiger, you still learn from it. I talked to my coach. I talked to my caddie, Paul (Tesori). And we just all said all I have to do is keep putting myself in those situations, and at some point I'm going to learn how to win."
The final round was a struggle for Woods, who nevertheless had a chance to tie for the lead when he drove the par-four 14th green. However, he three-putted from 25 feet. Woods stayed around to to congratulate O'Hair.
Watson, in search of his first victory, topped the leaderboard for much of the back nine, but he missed birdie putts from six feet at 15 and 16 to see his chances evaporate. Glover was hurt by a missed five-footer at 15.
Both O'Hair and Glover bogeyed 17, and O'Hair let himself in for some nerve-wracking minutes after he three-putted 18.
But Glover, playing behind O'Hair in the final group, bounced his approach over the green and his chip for birdie was short.