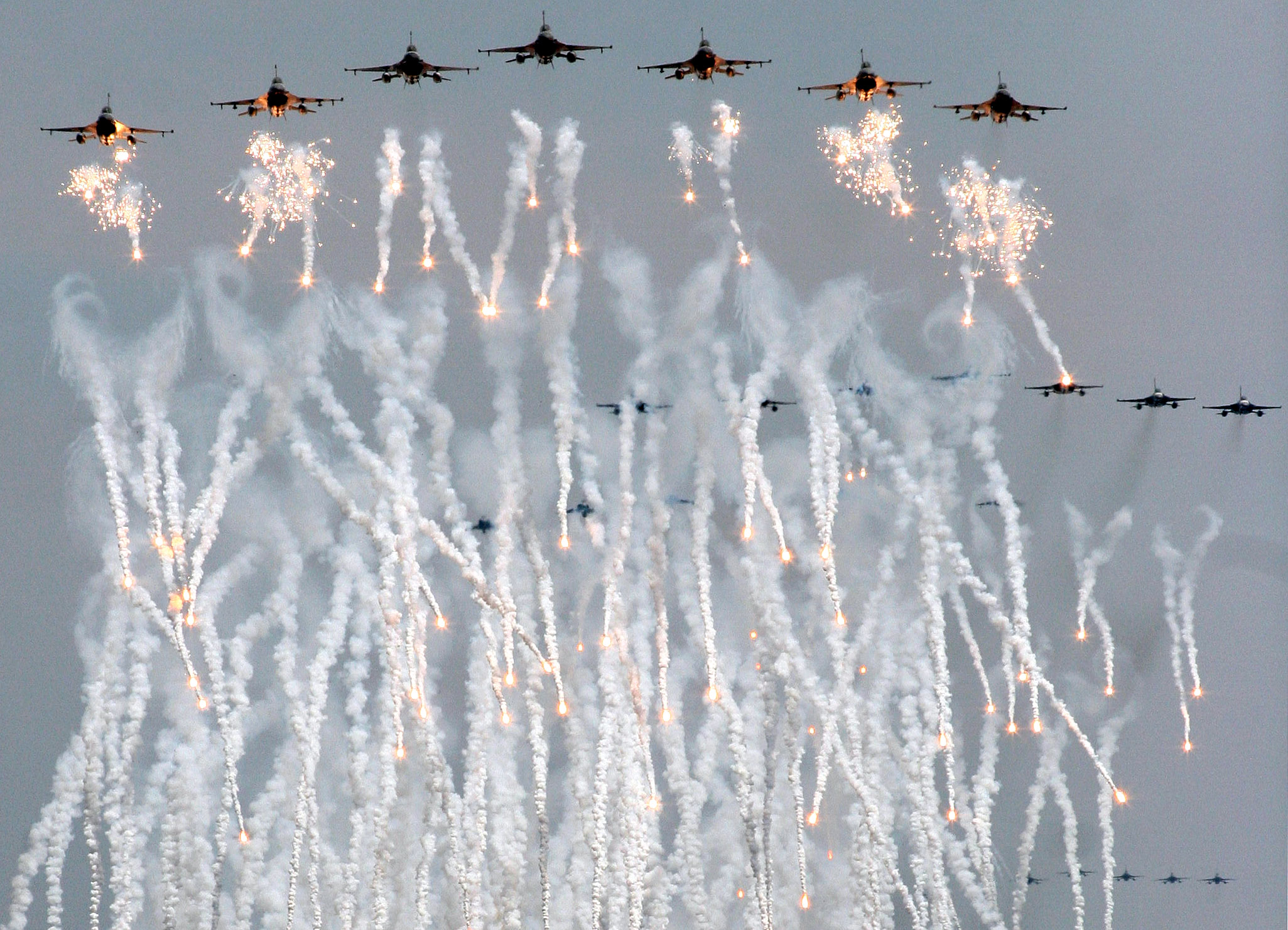 Taiwan has renewed a drive to buy advanced U.S.-built F-16 fighter aircraft, confronting President Barack Obama with a delicate decision.
Detailing its arms shopping list for the first time since Obama took office, Taipei Economic and Cultural Representative Office (TECRO) said Taiwan's current fighter force was inadequate to a potential threat from China. The largest part of Taiwan's air force, F-5 fighters, have been in service for more than 34 years, said TECRO's spokesman.
"The planes now are obsolete and spare parts are difficult to obtain," said spokesman, Vance Chang, in an email response to questions about Taiwan's arms requests.
China has built increasingly advanced fighters, the statement said, "therefore our air superiority capability is at a serious disadvantage."
"Taiwan's determination to defend itself is indisputable," it added.
Taiwan has been trying for 12 years to buy F-16 C/D models built by Lockheed Martin Corp of Bethesda, Maryland. The U.S. government is required by a 1979 law to provide Taiwan sufficient arms to defend itself.
Successive U.S. administrations, both Democratic and Republican, have managed the weapons flow to minimize fallout with China. In its final years, former President George W. Bush's administration would not even accept a formal request for the advanced F-16s, said the U.S.-Taiwan Business Council, which represents about 100 companies, including Lockheed Martin.
The United States "has an obligation to assist Taiwan to maintain a credible defense of its air space, which includes modern fighters," said council president Rupert Hammond-Chambers.
Taiwan wants 66 F-16 C/Ds valued at up to US$4.9 billion to bolster 150 F-16A/B models it bought in 1992.
The State Department had no immediate comment on the statement from TECRO.
In October, the Bush administration notified Congress of possible arms sales to Taiwan of up to US$6.4 billion, including Patriot "Advanced Capability" antimissile batteries, Apache attack helicopters and Harpoon anti-ship missiles.
"We were eager to achieve a golden mean - a robust package of arms sales that met Taiwan's immediate defense needs but was not perceived in Beijing as undermining the progress in cross-strait relations," said Dennis Wilder, senior director for East Asian affairs on Bush's White House National Security Council. "I believe we achieved that goal," he added in an email response to Reuters.
TECRO made clear Ma's administration was still seeking UH-60 Black Hawk utility helicopters built by United Technologies Corp's Sikorsky unit and design work on modern diesel-electric submarines.
These two items were cleared for release to Taiwan by Bush as part of a landmark arms offer in April 2001, but left out of the October notification to Congress. The deals were held up for years, largely by partisan hurdles to funding in Taiwan.
Wilder said the Bush administration had told Taiwan that it was not denying it any of the weapons approved in 2001, but would leave the decision to Obama.