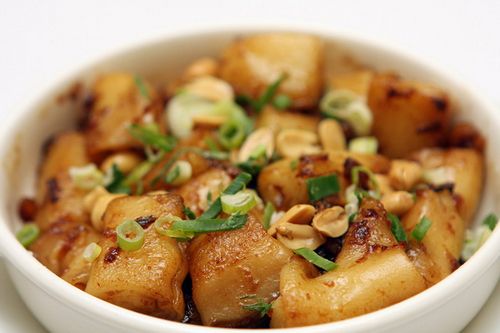 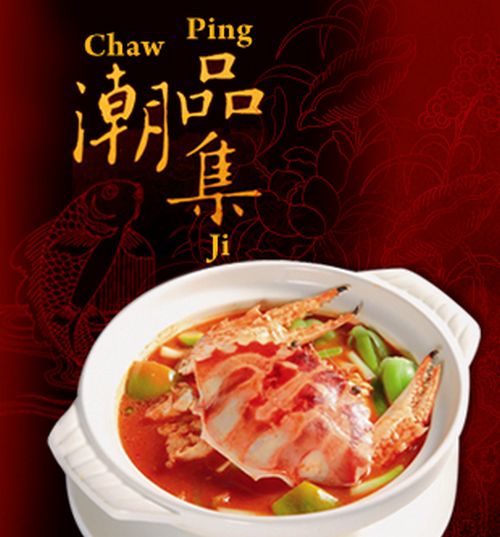 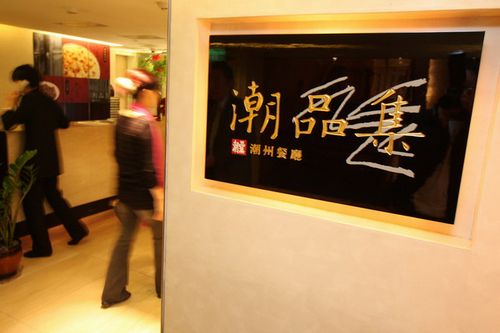 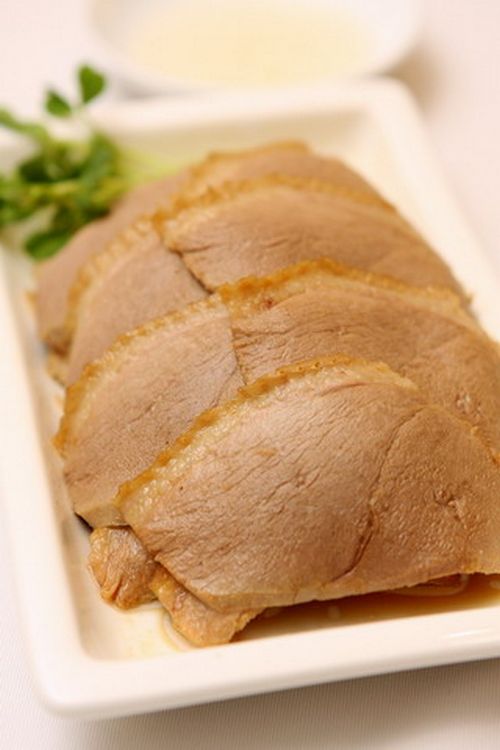 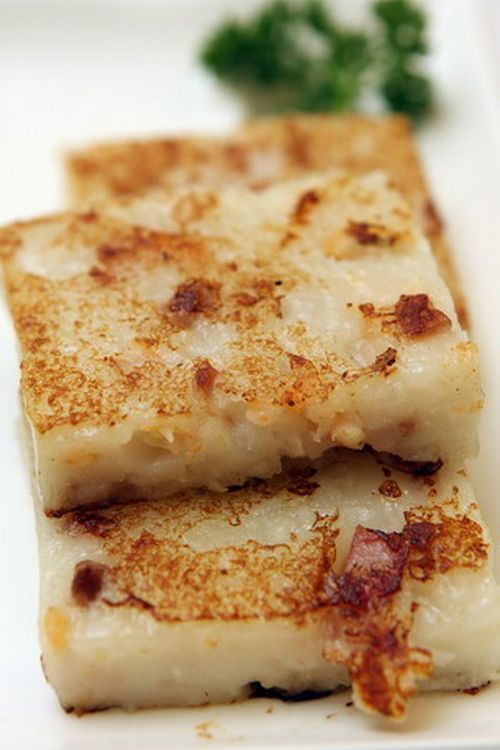 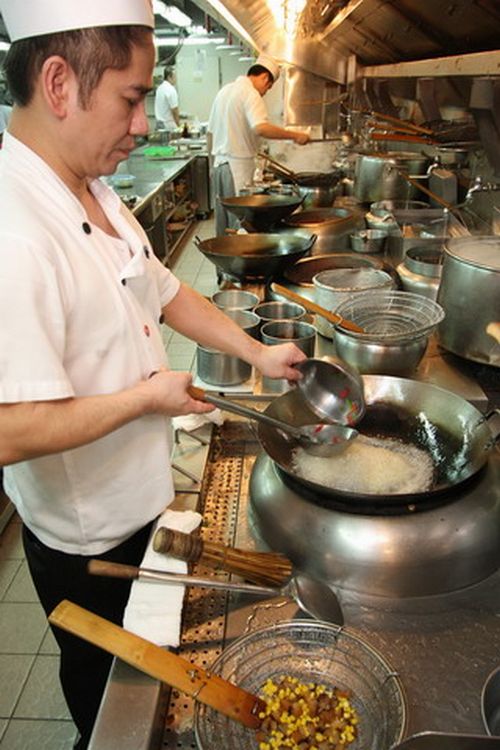 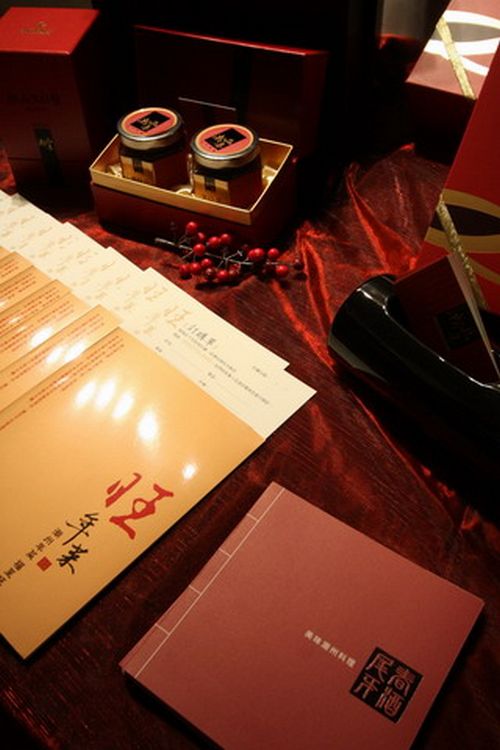 It has been 35 years since the first Chao Chow restaurant was launched in Taipei, says Ho Ping-mu, executive chef of Chaw Ping Ji , which is located on the second floor of the San Want Hotel.

Ho has been a pioneer in introducing the authentic taste of Chao Chow cuisine to Taiwanese gourmets since then. The Chao Chow native notes that ：Chao Chow cooks specialize in marinated and stewed dishes,； thus the quality of the stock used as the base for its marinades is the key concern of every Chao Chow restaurant in presenting fine traditional Chao Chow dishes.

Every Chao Chow restaurant prepares a pot of marinade and begins aging it even before it opens for business, Ho discloses. The old marinade, which is always brought by the chef from home or from a previous restaurant where he has worked, is vital in creating the new restaurant・s marinade and determines whether or not its visitors will acknowledge the restaurant.

The aging marinade at Chaw Ping Ji came from Hong Kong with Ho, whose grandfather left his mainland hometown and settled in Hong Kong to run a catering business. The marinade Ho brought to Chaw Ping Ji was started 40 years ago, from the Chao Chow restaurant his family ran in Hong Kong.

The aging marinade was the base for Ho・s exclusive marinade at Chaw Ping Ji, which he refreshes with a new bag of herbs once a week while replenishing the original stock by adding poultry and pork. A drop of salt is added into the stock as the only seasoning, according to Ho, to keep the marinade・s original flavor and to enable the flavor to better penetrate into meat.

The seafood marinade is made of five kilograms of various fish along with 20 kilograms of water, plus certain herbs, which Ho explains are there to help the nutrient liquid look glossy after hours of simmering. The final marinade is reduced to 10 kilograms, Ho said, in a concentrate of the fish sauces.

Chao Chow cuisine originated in the Chaoshan region of northeastern Guangdong. Geographically speaking, Chaoshan is closer to neighboring province Fujian rather than other parts of Guangdong, and so are its culture and cuisine.

The cuisine developed by the people of Chaoshan is labeled ：Cantonese cuisine； these days because of the administrative layout, Ho says, noting that Chao Chow dishes are similar to Fujian cuisine in many ways.

The authentic cuisine developed in Fujian includes a style which has developed in Taiwan over the past few centuries, Ho added, since Fujian-origin descendants are one of the two major groups which comprise the island・s population today.

Even though Chao Chow cuisine shares some similarities with dishes developed by people in Fujian and Taiwan, Ho explains that there are still differences among the three southern Chinese cuisines.

Poultry, in particular goose, is the most common ingredient used by Chao Chow people in making marinades, as historically most residents of the area worked in the paddies every day and would prepare meals at the beginning of the day, Ho says. The marinated poultry was easy to prepare in the morning and would be ready to serve in a few minutes when they returned from the paddies after noon.

Chaoshan people were also good at making hen soup through hours of simmering. The concentrate was used later as the best stock for luxurious seafood soups such as shark・s fin soup, as well as Fotiaoqiang (Buddha Jumps over the Wall) - one of the best known Chinese stews in the world, with many traditional Chinese delicacies contained inside.

In addition to enjoying dishes of stews and marinades, Chao Chow people also like to steam fish and other seafood freshly caught off the coast, Ho says. This eating habit later evolved into the concept that seafood was the most valued nutriment among the Chao Chow people in the past, when the majority of Chinese were financially disadvantaged and short on nutrition.

The Chao Chow chef says sea cucumber and shark・s fin have been two of the most popular and expensive marine ingredients for centuries among Chao Chow people, who consume them only on major holidays and special occasions.

The Marinated Goose Slices are a must-eat at Chaw Ping Ji, especially for those who want to figure out the taste of the 40-year marinade brought by Ho from Hong Kong. The light taste of the meat explains to people the difference between Chao Chow dishes and their Guangdong counterparts, which mainly refers to roasted poultry and pork.

Popular marinated specialties at Chaw Ping Ji also include the feet, wings and internal organs of the goose, according to the restaurant. Visitors are urged to place an order for these limited side dishes when they make reservations for a table at the restaurant.

Ancient people served the dishes cold to meet the needs of their agricultural work, Ho says. Later, however, they found that the seafood, which they ate cold with mashed ginger and vinegar hours after it was steamed in the early morning, was even more delicious than it was when served warm. They therefore developed the habit of eating marinated seafood cold, serving it with vinegar and ginger as the best delicacy with drinks.

Even though Chao Chow cuisine is commonly regarded as light in seasoning in comparison with traditional Guangdong cuisine, it is also known for a superior main course｛ stewed shark・s fin in hen soup.

The traditional delicacy is served at Chaw Ping Ji with the base of a rich stock made by simmering ham, hen, pork leg and rib for more than 10 hours. The base must go for another three hours of simmering when the shark・s fin and selected chicken legs are added into the mixture in the last stage.

Low-fat, low-cholesterol sea cucumber has enjoyed great popularity among Chao Chow gourmets since ancient times. This is a signature course at Chaw Ping Ji, and Ho serves guests at his restaurant only a type of sea cucumber that requires five days of preparation, simply because it makes the best tasting seafood in the stew.

Chao Chow style turnip cake tastes a bit harder since it contains more turnip, Ho explains, whereas the Guangdong style emphasizes that a perfect turnip cake ought to be smooth and soft.

He continues that the ways of making the rice noodle roll and steamed yam dumpling also differ from similar desserts made Guangdong style. As a result, Chao Chow people prefer the taste of chewing on their own cuisine.

Ho, who has devoted himself to Chao Chow cuisine for 40 years, has recently come up with a healthy dish for loyal visitors to the restaurant. Ho first cuts French beans, dried radish and peppers, sea cucumber, dry bean curd and Shiitake mushroom into cubes. He then deep-fries the ingredients before a quick stir-fry, giving the dish a crispy taste.

The Stir-fried Diced Vegetables, Sea Cucumber and Pine Nuts with Homemade sauce was made in a hope to bring customers a new experience in tasting a homemade Chao Chow dish, Ho says, besides the main course and dessert.