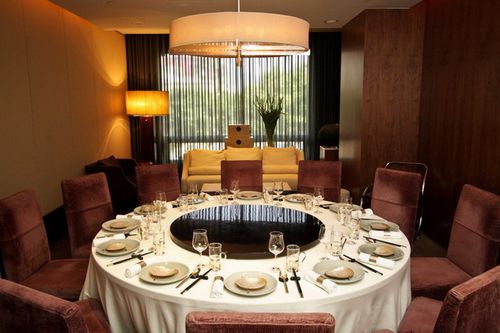 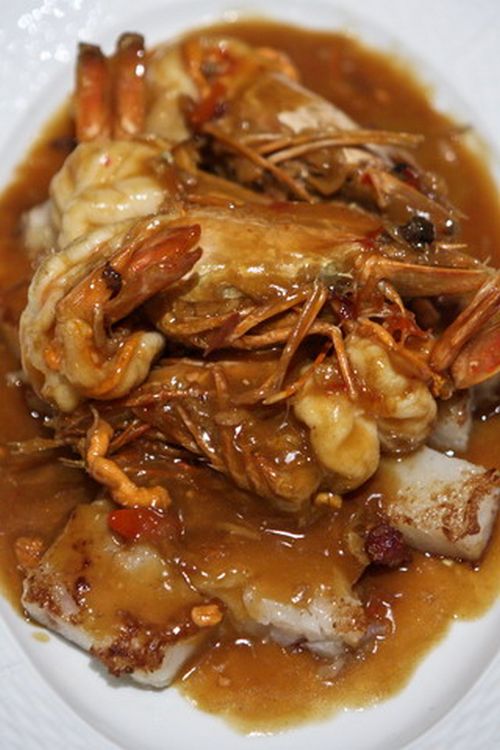 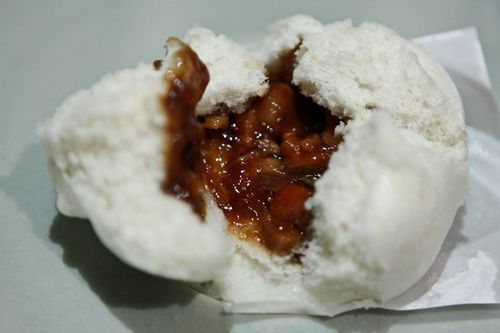 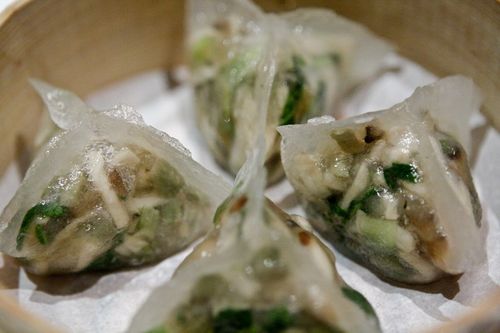 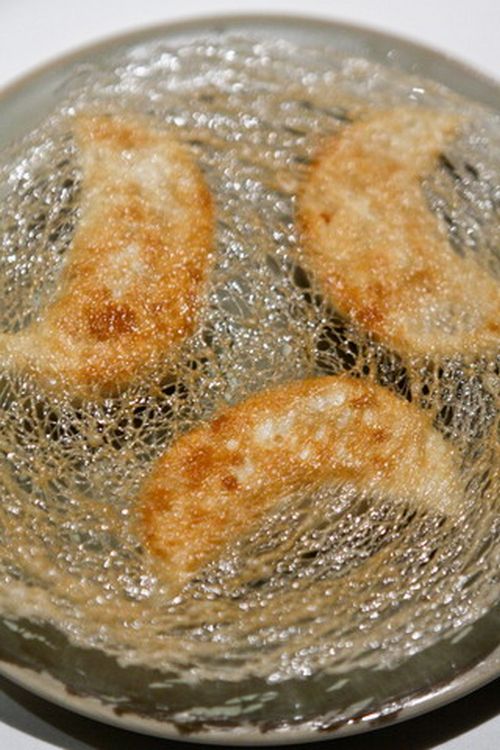 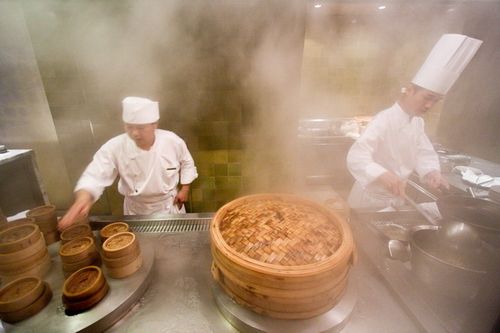 Pearl Liang, a Cantonese restaurant located on the second floor of the Grand Hyatt Taipei, tells people the story of a lady whose name is same as the restaurant¡¦s.

Pearl was born into a wealthy family of Shanghai origin in Taipei, where she spent her first 16 years of life before leaving to study in England, Switzerland and the United States.

The young lady traveled to many different parts of the world, bringing back plenty of memories she recorded and collected through diaries, photos and antiques that she bought on the road.

Pearl's journey became complete and even more beautiful after she met Bruce, an influential businessman, during her trip on the Trans-Siberian Railway to Russia. After their marriage, they began to explore the world together -traveling to trendy New York City, romantic Paris or modern Tokyo.

However, Bruce lost his life in an avalanche during a ski vacation one year. Pearl decided to return home, bringing back the collection of her memories and displaying them in Pearl Liang, a restaurant named after her, with interior decor which imitates a private residence.

Inside the residence, there are several rooms named after Pearl and her two children - Joey and Sandy. The rooms are private dining rooms to accommodate various groups of guests.

Pearl likes to receive her noble guests in style and welcome them with fine tea, says Luanne Li, marketing communications manager of Grand Hyatt Taipei. She is also proud of offering a superb wine list at the restaurant, Li added. As for food, Pearl always presents gourmet home-comfort dishes, including many prepared according to her mom's recipes.

As a matter of fact, the story was made up to provide visitors with a source for imagination while sitting in the restaurant to help them appreciate the modern decor and taste of the delicacies on offer, according to Li.

The story, though it was made up, has indeed enriched many people's imagination while dining at Pearl Liang's - which is known nowadays for Cantonese seafood dishes and of course, Cantonese favorite 'dim sum,' Li says.

The ultimate principle of James Cheung, chef de cuisine of Pearl Liang, when cooking is present the original taste of fresh marine ingredients in every gourmet dish the restaurant offers. It is also the key to making the best Cantonese cuisine, Cheung explained, as seafood is a prevalent source of meat in Cantonese delicacies, in addition to poultry.

"As long as the ingredients are fresh, there is no need to add too many seasonings to enrich the flavor.That's also the rule for making a superb Cantonese dish," Cheung said.

Starting a career in Cantonese cuisine at age 13, it has been 21 years since the 48-year-old Hong Kong native left home for Taiwan as a young man. He later got married to a Taiwanese girl and settled down in Taipei. Before accepting the offer from Pearl Liang in October this year, he was chef at a Taipei-based popular 24-hour chain Cantonese restaurant for many years.

An appetizer on the new menu, "Braised Pearl Abalone with Wild Yam in Sesame Dressing," is highly recommended for ladies yearning for a fresh and cool mix of superior seafood and vegetables. Cheung created the sesame dressing, which has won praise of many visitors to the restaurant, with nearly 100 ingredients including Japanese Sake, vinegar and different types of sesame paste. The seafood dish "Wok Fried King Prawns with Turnip Cakes and X.O. Chili Sauce" is one of the most popular dishes at Pearl Liang, not only because of the juicy king prawns but also the unique combination of the marine delicacy with Turnip Cake.

The "Wok Fried Maine Scallops Stuffed with Shrimp Paste in Crab Roe Sauce" is another classic Cantonese seafood dish on Cheung's new menu. The fried, tender scallop goes perfectly with the shrimp, which has been finely chopped by the chef to form a fresh and delicious base for the fried scallop. The dish is not then ready, however, as Cheung further adds a starch sauce, to which he adds crab roe, to thicken the dish and to create a rich taste of seafood before serving.

"Cantonese cuisine in Taiwan has actually become less oily and light compared to the original in Hong Kong," Cheung said. Taiwan "light" version is good for health and responds to a worldwide trend of healthy low-calorie cuisine, he thought, but people can still taste the wonderful flavor of fresh seafood cooked Cantonese style - one of the profoundest ways of cooking around the world.Ken Yeh, sous chef and the soul for the restaurant's dim sum making, insists that all the dim sum must be made every morning in order to present guests with the freshest flavor of classic Cantonese refreshments. As a result of the freshly-made policy, the amount of each dim sum at Pearl Liang is limited.

"It happens very often that when you come at 1 p.m., you find that the Steamed Barbecued Pork Buns 'Cha Shao Bao' are sold out," Li said. She added that the bun is overwhelmingly popular at Pearl Liang.

The high popularity of Yeh's Cha Shao Bao results from a classic stuffing, Li disclosed. Yeh makes the stuffing as pastry makers did 30 years ago, she said. The color of the classic stuffing is darker than the modern "Cha Shao Bao" sold in the local market nowadays, she added.

Yeh, 30, never gets tired of creating new menus and improving his culinary skills to present gourmets with sophisticated pastry. The "Steamed Crystal Dumpling with Black Mushroom and Celery," for example, surprises many customers by the chewy skin as well as the light taste of its vegetable stuffing. The special elasticity of the dough was a result of an extra procedure while making the dough, Yeh revealed.

The presentation of "Pot Stickers" at Pearl Liang demonstrates Yeh's intelligence and diligence in keeping improving his culinary skills. It is said that in Taiwan there are only two chefs who have acquired the skill of making the meshed-shape style "Pot Stickers," and Yeh is one of them.

Yeh started his career as a pastry maker when he was 14. As a second-grade junior high school student in Tainan County, he wanted to get to know how the owner of a local breakfast store in the neighborhood made the delicious soybean milk and sesame seed cake he bought every morning.

The teenager therefore got his first part-time job at the Taiwanese breakfast store, in which he worked over eight hours every day until the age of 20, when he left home for his college education.

After obtaining a bachelor degree in food and beverage management in Kaohsiung, Yeh met his second pastry master in Taipei. He learned from the expert, a former chef of Western-style pastry in a five-star hotel, about pastry making to improve his knowledge and capabilities of making cakes and pastry.

Yeh engaged in exploring the secret of making Cantonese pastry when the 24-year-old pastry lover met a master, who was hired by a Taoyuan restaurant with the highest ever salary in Taiwan for Cantonese pastry making. Yeh said his previous xperiences have helped him a lot.

The Tainan native accepted Pearl Liang's invitation to lead the Dim Sum team last year, therefore he returned to Taipei from Singapore, where he worked at the prestigious Cantonese restaurant, Lei Garden.