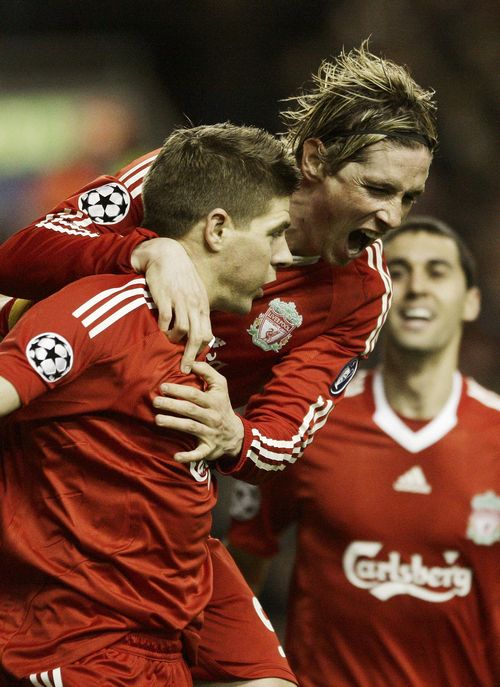 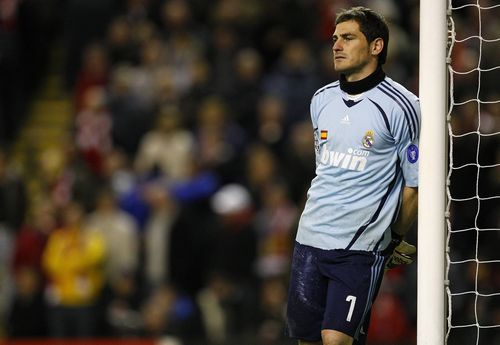 Liverpool tore Real Madrid apart with a blistering 4-0 win to reach the Champions League quarter-finals on Tuesday while Premier League rivals Chelsea drew 2-2 with Juventus in Turin to progress 3-2 on aggregate.
Bayern Munich cantered into the last eight by routing Portugal's Sporting 7-1 in Germany and 12-1 over the two legs for a Champions League aggregate record victory, eclipsing Olympique Lyon's 10-2 demolition of Werder Bremen home and away in the corresponding round of the 2004-05 competition.
Spain's Villarreal won 2-1 in Athens against Panathinaikos to edge the tie 3-2.
Real, 1-0 down from the first leg, had no answers to a scintillating attacking display at Anfield from Liverpool who condemned the Spaniards to a last-16 exit for the fifth successive season.
"When you play against Real Madrid you expect it to be tight," Liverpool manager Rafael Benitez, a Real fan and former youth team coach at the Bernabeu, told reporters.
"But we played really well. Away we played fantastic, and today we showed them that we can play in different ways."
It was Real's worst defeat in a Champions League game and a miserable return to England for coach Juande Ramos, sacked by Tottenham Hotspur in October last year.
Dirk Kuyt squared for Fernando Torres to convert after nine minutes and Steven Gerrard's penalty gave Liverpool a comfortable cushion following Gabriel Heinze's handball.
Real keeper Iker Casillas made a string of fine saves to prevent further embarrassment in the opening half but there was no way back for the nine-times European champions when Ryan Babel's surging run and cross was finished by Gerrard two minutes after the break. Substitute Andrea Dossena put the icing on Liverpool's cake near the end.
The Hiddink touch
Chelsea continued their good form under interim Dutch coach Guus Hiddink as the London side twice came from a goal down to knock out Claudio Ranieri's Juventus in a controversial match.
Vincenzo Iaquinta fired the Italians ahead with a fierce shot across Petr Cech before Michael Essien, making his first start since August, equalized in first-half stoppage time.
Essien's goal came just after Chelsea thought they had leveled when Didier Drogba's free kick was pushed against the post and then grasped by keeper Gianluigi Buffon. The officials decided not to award the goal but replays showed the ball had gone just over the line.
Juve had Giorgio Chiellini sent off for a second yellow card with 20 minutes remaining.
They were given hope when Alessandro del Piero converted a 74th-minute penalty after Juliano Belletti's handball but the Brazilian atoned when he crossed for Drogba, who hit the only goal of the first leg, to put the contest beyond Juve's reach seven minutes from time.
Bayern barrage
Having netted five past a hapless Sporting defense in Lisbon, Bayern needed just eight minutes to breach their Portuguese opponents again through Lukas Podolski. Podolski again and an own goal from Anderson Polga made it 3-0 before the Portuguese side got one back through Joao Moutinho.
Bayern refused to step off the gas, though, as Bastian Schweinsteiger hit a fourth before halftime and Mark van Bommel, Miroslav Klose and Thomas Mueller added further goals.
"My players had fun. Now we are hungry and we want to go far," said Bayern coach Juergen Klinsmann.
Villarreal's Argentine playmaker Ariel Ibagaza scored the opening goal and created his side's second against Greece's Panathinaikos, who had equalized through Vangelis Mantzios.
Ibagaza thumped in a fine left-footed strike from the edge of the penalty box for the 2006 semi-finalists and conjured the game-defining moment when his pass let in substitute Joseba Llorente for the winner with 20 minutes left.