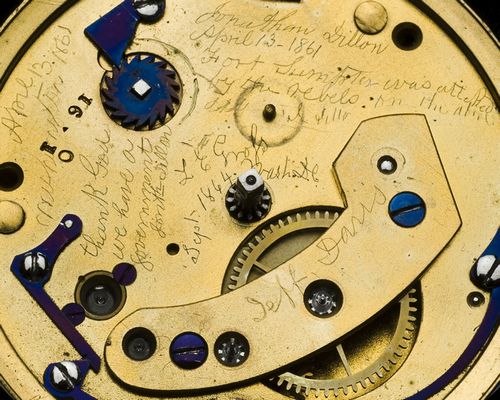 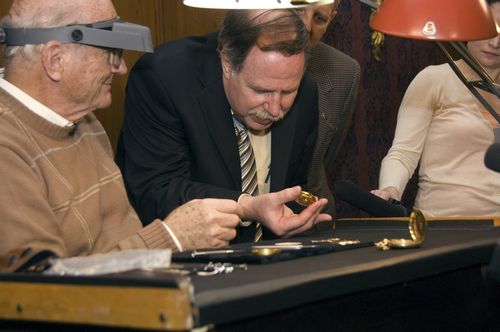 Long-defined by his role guiding the United States through its Civil War (1861-1865), Abraham Lincoln even had a pocket watch that bore an inscription about the conflict - although the president likely never saw it.
Historians have uncovered a secret message engraved by a watch repairman 150 years ago inside Lincoln's timepiece, shortly after his inauguration and the opening salvo the Civil War.
The message notes the April 1861 attack on Fort Sumter, a battle that triggered the bloody north-against-south war that killed more than 600,000 people.
Uncovered by the Washington-based Smithsonian Institution, the message may reflect concern about the rapid disintegration of the Union after Lincoln's election in November 1860.
"Fort Sumpter (sic) was attacked by the rebels" the message carved by horologist Jonathan Dillon read, "thank God we have a government."
From the time of Lincoln's election to his inauguration on April 12 1861, seven states seceded from the Union.
Historians have long suspected that the 16th U.S. president's watch carried a secret message, but it was not until the brass underside of the piece's movement was revealed that the text became known.
In 1906, a then 84-year-old Dillon told the New York Times he had been working for M.W. Galt and Co., on Washington's Pennsylvania Avenue, when he was repairing the president's watch.
Dillon said he unscrewed the the dial of the watch and with a sharp implement made his engraving.
The elaborate gold pocket watch was bought by Lincoln in the 1850's from a jewelers in Springfield, Illinois - where he made his name as a lawyer.
"Lincoln never knew of the message he carried in his pocket," Brent Glass, Director of the National Museum of American History said.
"It's a personal side of history about an ordinary watchman being inspired to record something for posterity."