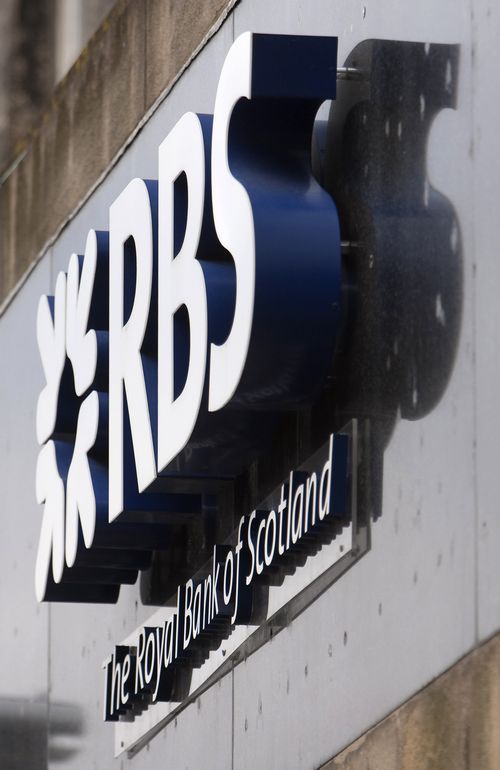 This is a long, hard winter for anyone working in the financial-services industry. The markets are dead, the job losses increase daily and every time you pick up a newspaper, you have to read another article blaming you for the end of the world.
A few bankers are standing firm and refusing to accept their role in the excesses of the system they were working in.
Fred Goodwin, the former chief executive officer who led Royal Bank of Scotland Group Plc to the brink of destruction, has been hanging on grimly to his pension during a fierce campaign to get him to give it up.
A plucky bunch of Dresdner Kleinwort staffers are heading for the courts to claim their bonuses while their company had to be bailed out by the German taxpayer.
No doubt we will see many more examples of bankers fighting to hang on to money they believe is rightfully theirs. And yet they are making a terrible mistake. Whatever the legal rights and wrongs of their case, it isn't worth it. For their own futures, Goodwin and the Dresdner bankers would be better off accepting that they were part of failed organizations, that they need to take some responsibility for that, and the battle they are engaged in just postpones the inevitable moment of truth.
Only when they drop any claim on the money can they move on.
Pension for life
That isn't to say they can't argue about unfair treatment. Goodwin has been at the center of a huge political row after it emerged that he would be getting a 703,000 pound (US$975,000) annual pension for the rest of his life, even though RBS is now majority-owned by the government.
"It might be enforceable in a court of law, but it's not enforceable in the court of public opinion, and that's where the government steps in," Harriet Harman, deputy leader of the ruling Labour Party, said in an interview with the British Broadcasting Corp. Prime Minister Gordon Brown asked Goodwin to give some of his pension back, a request that Goodwin declined.
Dresdner's bankers are showing a similar indifference to public opinion. About 250 of them at Dresdner Kleinwort, the securities unit acquired by Commerzbank AG as part of its purchase of Dresdner Bank, are planning legal action to claim millions after the parent company slashed bonuses.
Dresdner's investment-banking business had a loss of 6.3 billion euros (US$8 billion) in 2008, while Commerzbank has had to raise 18.2 billion euros in capital from the German government, and has pumped an extra 4 billion euros into Dresdner. So ultimately those bonuses will be paid by taxpayers in Germany.
No knowledge
Naturally, the staffers don't see anything wrong with that. "We may work for Dresdner Kleinwort, but that doesn't make us responsible for its losses," one of the involved employees wrote in an open letter on the "Here Is the City" website. "Personally, I had no knowledge of the positions that gave rise to the losses sustained by the unit in 2008, no way of knowing about the positions, and no way of influencing them if I had known. So why should I be held responsible?"
True, a contract is a contract. Whether the people are legally entitled to the money is for the lawyers to argue about in court. The more interesting question is whether there is a moral entitlement.
Whatever the legalities, Goodwin could surely offer most of his pension to charity. He must have made enough money already to live comfortably. Is it really worth spending the rest of your life as a social pariah? British society is a forgiving place, but some act of atonement is required before he can start to restore his reputation.
Collective enterprise
Likewise, the Dresdner bankers. Maybe their unit made money, and it was some other guys who caused the losses. That doesn't entitle them to a bonus. In case they hadn't noticed, they were working for a thing called a company, and that is a collective enterprise. They could only trade at all because they represented a big pile of capital owned by other people. If they aren't willing to accept joint responsibility for what happened, they had no business working for any organization.
Why can't Goodwin, or the Dresdner bankers, see what is obvious to everyone else? Because it changes the way they have to see themselves.
Goodwin can't return his pension because it means accepting he made mistakes at RBS. The Dresdner bankers can't abandon their bonuses because it means accepting they were just cogs in a machine, not financial geniuses who could be making millions anywhere, but who just happened to be working for a bank.
And yet, as any therapist would tell them, they are in denial. The sooner they learn, along with many other bankers, to accept their role in the credit crunch with grace and dignity, the sooner they can move on.
Matthew Lynn is a Bloomberg News columnist. The opinions expressed are his own.