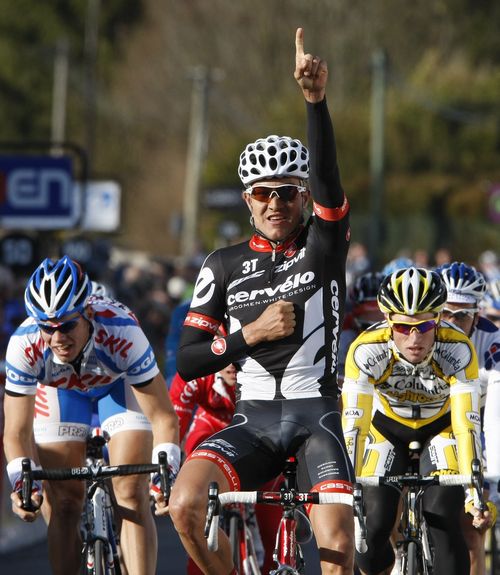 German Heinrich Haussler eased to victory in the second stage of the Paris-Nice race as leader Alberto Contador survived a late crash on Monday.
The 25-year-old Cervelo rider outsprinted Australian Mark Renshaw of Team Columbia-High Road for his third win of the season at the end of a 195.5-km ride from St Brisson-sur-Loire to La Chapelle-St Ursin. Lampre's Mirco Lorenzetto of Italy came home third.
Contador, who won the opening time trial on Sunday, retained the overall leader's yellow jersey despite being caught in a massive crash some 2 km from the finish that forced the Spaniard to step off his bike.
The Astana leader effectively finished more than a minute behind the bunch but as the incident happened less than 3 km from the line, he was credited with the same time as the stage winner.