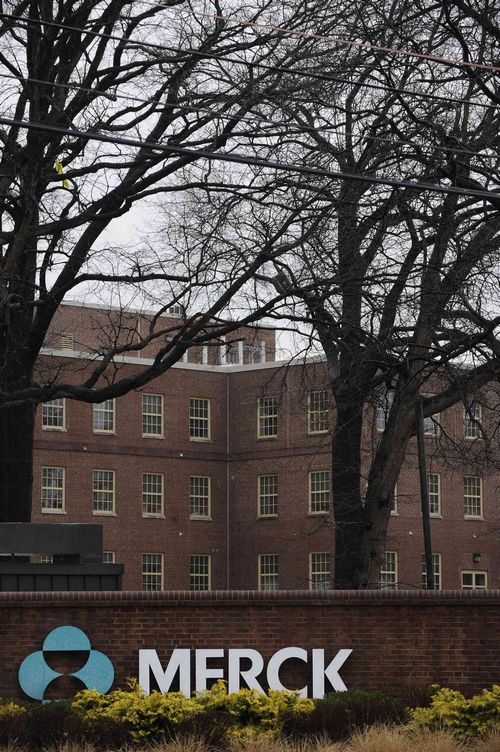 Merck & Co Inc said on Monday it would acquire Schering-Plough Corp for US$41.1 billion, uniting the makers of cholesterol drugs Zetia and Vytorin in the second megadeal for big pharma in weeks.
The deal between the New Jersey drugmakers comes amid a harsher climate for pharmaceutical companies, as they have failed to produce enough new drugs to replace old ones, and as the new Obama administration prepares healthcare reforms that could pressure drug prices.
It also landed the same day that Roche Holding AG moved closer to acquiring the 44 percent of Genentech Inc that Roche does not already own.
Schering-Plough's earnings and share price have deteriorated over the past year due to a plunge in sales of Vytorin and Zetia, its biggest products, even as several of its most promising drugs move into very costly late-stage trials.
Merck, which has seen profits and shares battered by Vytorin's decline and other setbacks, has deeper pockets and would help fund research on Schering-Plough products, including promising blood clot and hepatitis C drugs.
"The deal gives Merck more breathing room," said Mehta Partners analyst Viren Mehta, as it girds for patent expirations in 2012 on its US$4 billion-a-year Singulair asthma drug and by next year for its Cozaar blood-pressure treatment.
The deal, which many analysts have forecast for years given the Vytorin partnership between Merck and Schering-Plough, follows Pfizer Inc's US$68 billion planned purchase of Wyeth.
Merck and Schering-Plough, which announced significant job cuts last fall, said about 15 percent of their combined workforce would be eliminated under the deal, with most job cuts to take place outside the United States.
"It seems somewhat inevitable," analyst Jeffrey Holford of Jefferies in London said of the deal, referring to an industry coping with generic rivals as cost cuts have run their course. "The industry needs to shrink because there is just not the same market for branded pharmaceuticals going forward as there has been over the last 10 years."
Deal will also double the number of experimental medicines Merck has in late-stage development to 18 and diversify Merck's lineup of medicines to include cardiovascular, respiratory, oncology, neuroscience and infectious disease. Schering-Plough investors have reason to feel short-changed, said Caris & Co analyst David Moskowitz.
"I think it should be at least US$12 billion to US$15 billion higher," he said.
A big question is whether Merck will inherit Schering-Plough's overseas rights to nearly US$2 billion-a-year Remicade and newer arthritis drug golimumab.
Analysts expressed surprise at Merck's confidence it will not have to hand back the arthritis drug rights to Johnson & Johnson under a change of control clause.
Merck, which structured its takeover as a reverse merger that analysts said may give it some leverage to protect the arthritis drugs, said it had not discussed the matter with J&J and that the high-stakes issue would be settled by binding arbitration if J&J throws up a roadblock.
"It is theoretically possible that J&J comes in and bids for Schering-Plough, because the fit between Schering-Plough and J&J would be a good one," said Sanford Bernstein analyst Tim Anderson.
Merck, which vowed to maintain its dividend, expects the deal to close in the fourth quarter and add modestly to operating earnings in the first full year following completion and "significantly" after that.