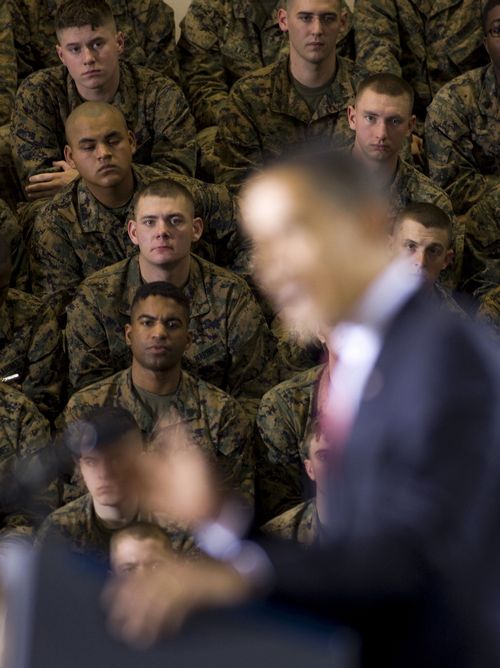 "Just because you invade a place stupidly doesn't mean you have to leave it stupidly." So speaks David Kilcullen, a former Australian army officer with a Ph.D. in the anthropology of Islamic fundamentalism, in Thomas E. Ricks' new book, "The Gamble: General David Petraeus and the American Military Adventure in Iraq, 2006-2008."
In 2007, Kilcullen was working for the U.S. State Department as one of Gen. Petraeus' top advisers on counter-insurgency tactics. Ricks gives Gen. Petraeus, who himself holds a doctorate in international relations from Princeton, a lot of the credit for tactics that led to the decrease of violence in Iraq beginning in late 2006; one of the reasons is that he was smart enough to surround himself with like-minded warrior-intellectuals like Kilcullen.
Their job was to find a way for the United States to extricate itself from the mess in Iraq without leaving the country in a shambles. So far, so good. But Ricks concludes his book like this:
"No matter how the U.S. war in Iraq ends, it appears that today we may be only halfway through it. That is, the quiet consensus emerging among many people who have served in Iraq is that we likely will have American soldiers engaged in combat in Iraq until at least 2015 - which would put us now at about the midpoint of the conflict."
Indeed, he adds, "the events for which the Iraq war will be remembered probably have not yet happened."
No doubt that's why President Barack Obama intends to leave 35,000 to 50,000 U.S. troops in Iraq after Aug. 31, 2010. That's the deadline he announced for the withdrawal of U.S. combat brigades. That's three months more than the 16 months he promised during the presidential campaign, but four fewer months than U.S. commanders had recommended.
Obama also said all U.S. forces would be withdrawn by the end of 2011, a pledge that matches the Status of Forces Agreement the Bush administration worked out with the Iraqi government last year. Indeed, it can be argued that the U.S. forces are leaving on Iraq's schedule, not America's. If a sovereign government that we helped install wants us out, who are we to argue?
Lasting solution
Except for this: Iraq may well descend back into sectarian violence as U.S. forces are drawn down. The surge and related strategies pacified Iraq militarily, but they didn't create a lasting political solution. The great Iraqi civil war still may be on the horizon, a war that could involve Iraqi militias fighting as proxies for Shia Iran and Sunni Saudi Arabia.
Moreover, as Ricks wrote in The Washington Post, Kilcullen is among those who believe Iraq may be ripe for a military coup - "a venal political elite divorced from the population lives inside the Green Zone, while the Iraqi military outside the zone's walls grows both more capable and closer to the people, working with them and trying to address their concerns."
That would be the ultimate irony: Six or seven years after invading Iraq to remove a military strongman, the United States could leave Iraq ripe for takeover by another military strongman.
The alternative is to leave U.S. troops in place indefinitely, in sufficient numbers to deter civil war, but without sufficient military or political clout to enforce a political solution fair to all sides.
That's the Iraqis' job. It always was the Iraqis' job. The United States can and should bring every diplomatic effort to bear on Iraq's government and throughout the Middle East. That begins with seeking some sort of working agreement with the government of Iran.
The U.S. military's role is winding down. The diplomatic role must expand. We're not finished with Iraq. Not by a long shot.