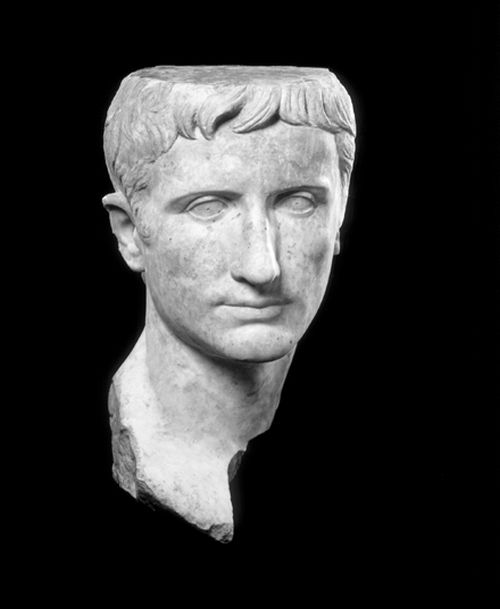 Furnishing multiple rooms in a home can prove a demanding task.
But for homeowners in Roman times, it was a labor of love designed to reflect prestige and luxury.
Priceless vestiges from grand Roman homes that once stood in the shadow of Mt. Vesuvius in Italy's Campania region have come to our nation's capital for a rare public viewing through March 22.
"Pompeii and the Roman Villa; Art and Culture around the Bay of Naples" spotlights approximately 150 pieces from Roman dwellings prior to the legendary eruption of Mt. Vesuvius in 79 AD. The display doesn't focus on the Vesuvius cataclysm, but rather on examples of Roman domestic life before the big blast. The show also represents the first time the National Gallery of Art has staged an exhibition devoted to Roman artifacts.
Organized into five thematic sections, the exhibit opens with a walkthrough of a Roman villa interior.
Sculpture served an important role in the Roman home. An imposing marble herm-portrait of Gaius Cornelius Rufus stands almost six feet tall, and once was situated between the atrium and the reception room of a house that bore his name in Pompeii.
Naturally, no Roman home was complete without a visage of the emperor, such as the sculpted busts presented here of Julius Caesar, Nero and Rome's first emperor, Augustus. The marble emperors, as well as the majority of objects showcased, generally date between the 1st century BC and 1st century AD.
Among other Roman interior furnishing on view include a pair of marble table supports sculpted with winged lion-like figures, likewise from the house of Gaius Cornelius Rufus; a silver wine cup decorated with the six Labors of Hercules; and an exquisite glass bowl with vibrant ribbon-like colors.
The Romans spared little expense when it came to beautifying the walls of a villa. Interior frescoes on display range from elaborate compositions, as seen in an overview of a busy harbor town, to simple, yet delicate renderings, such as a young woman depicted in cameo-like profile. One engaging fresco taps Greek mythology, featuring four centaurs frolicking with a companion, each produced specifically for a black wall in a Pompeii home.
Long before the introduction of the garden gnome, Roman households along the Bay of Naples employed a variety of sculptures and figurines to add decorative flair to gardens and courtyards. Three bronze fountain pieces, for instance, depict the playful figures of a jovial Silenos riding a wineskin, a spirited cupid holding a dolphin and a fisherman holding his rod out over a fountain spout between his legs.
One unique garden fresco features nine different types of birds enjoying a lush setting accented by statues and theatrical masks. This particular fresco scene once appeared on a villa dining room wall that faced toward the garden, in an attempt to create the illusion of a more open space.
National Gallery exhibition designers skillfully used the exhibit's spaces to capture the full richness of Roman living. This is no more apparent than with the installation of three original Roman dining room walls from a site, "Moregine," south of Pompeii. The god Apollo appears floating on the central wall, flanked by and two muses, Clio (history) and Euterpe (flute playing). The muse Thalia (comedy) similarly hovers in the middle of the second wall, with the muses Melpomene (tragedy) and Urania (astronomy) to the right and left. The final wall shows the muses Calliope (epic poetry) and Erato (lyric poetry). Each figure is set against a red backdrop and framed by architectural fantasies.
Although Greece was under Roman control by this period, the Romans still held Greek culture in high esteem. A deep appreciation of Greek classicism took many forms in Roman villas, as exemplified here with as a bronze equestrian statuette of Alexander the Great discovered in Herculaneum in 1761 and an impressive marble portrait of Greek literary giant Homer located in Baiae in 1780.
The display's final section moves the historic time frame forward by several centuries, when excavation and rediscovery of key Roman sites near Vesuvius in the 18th century fueled a new interest in antiquities and ancient Rome.
A splendid Roman villa artifact lies at the heart of this part of the exhibit - a red marble basin with supports in the form of Scylla (a Greek sea monster) from Pompeii.
Once owned by Queen Caroline Murat, ruler of Naples from 1808 to 1815, the basin later appeared in a painting on view by British artist Sir Lawrence Alma-Tadema, "A Sculpture Gallery" (1875).