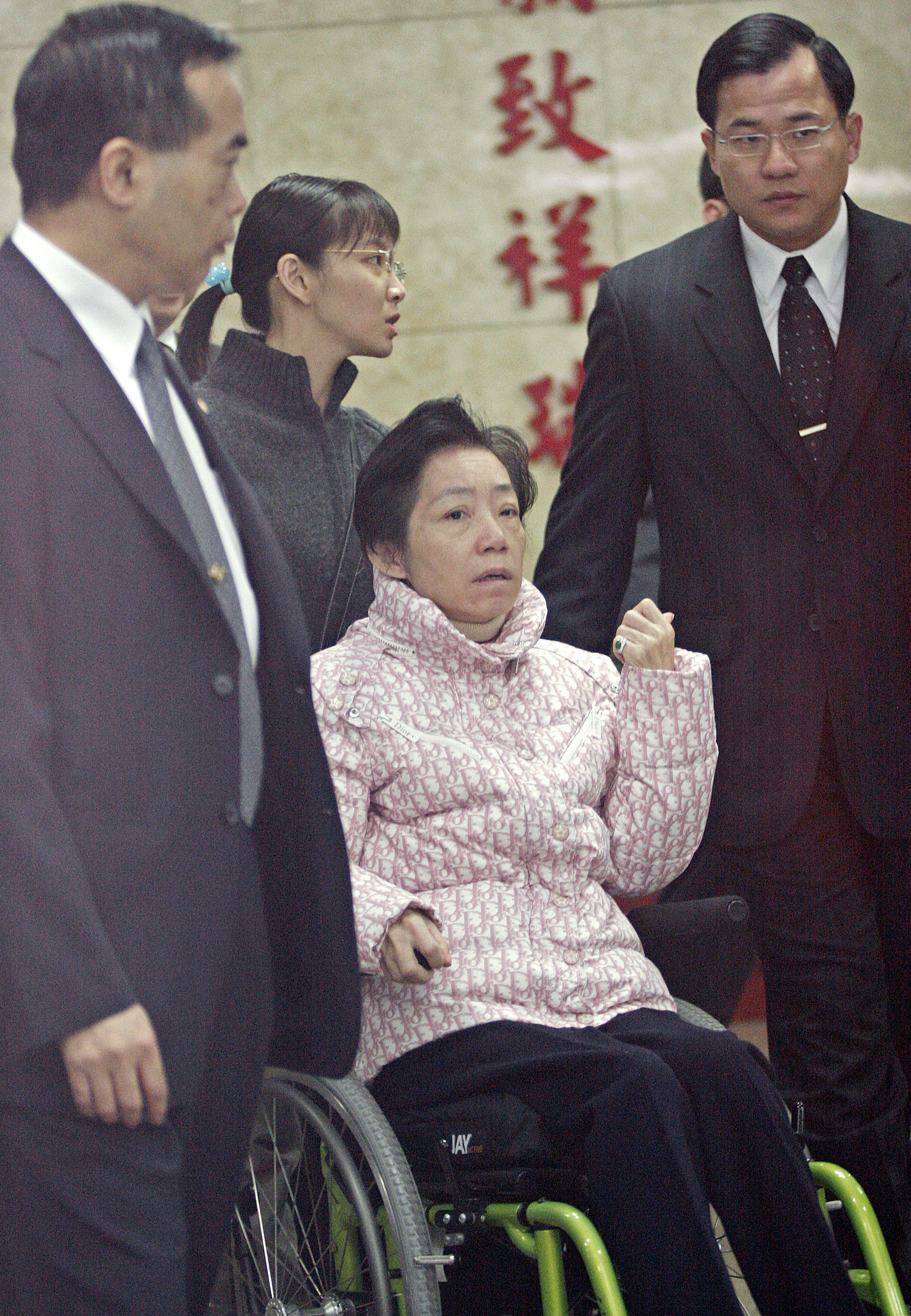 Former first lady Wu Shu-jen is almost certain to make her first court appearance in over two years today despite a light cold, jailed ex-President Chen Shui-bian's office said yesterday.
Wu has been indicted in her husband's cases of corruption and money laundering, and is scheduled to attend sessions of the Taipei District Court today and tomorrow.
Wu's poor health forced her to request leave of absence on 17 occasions in another embezzlement trial which started in late 2006. She fainted during the opening session on Dec. 15, 2006 and never returned to court since, provoking doubts as to whether she will appear this week.
The former president's office said yesterday Wu would turn up on time at the court in the company of her son Chen Chih-chung. The statement followed earlier assurances from her attorneys and her son that she was determined to attend.
A team of two doctors and two nurses from National Taiwan University Hospital will be on standby in an adjacent room, reports said.
Prosecutors working on the case said they had received a letter from Wu last week explaining her point of view, but they denied the document amounted to a request for plea bargaining.
Attention will focus on whether Wu will use her court appearance to follow the example of her son and her daughter-in-law Huang Jui-ching and plead guilty to some or all of the charges.
Chen, Wu and about a dozen relatives, friends, and former aides and government officials have been indicted in four cases of corruption and money laundering involving a total of NT$500 million. Prosecutors are still conducting investigations into the misuse of the presidential state affairs fund and into alleged payments by major financial groups in return for permission to acquire other companies.
Other allegations
Wu might also face questioning about other allegations of overseas accounts and assets, including NT$600 million worth of jewelry her son told the court about during questioning last month.
On the eve of his wife's court appearance, Chen was facing a new investigation into forgery related to his election spending, the Taipei Prosecutors Office said yesterday.
The Central Election Commission wrote a letter saying Chen had failed to accurately report his campaign spending in the 2004 presidential election, prosecutors office spokesman Fred Lin said.
Chen said that NT$700 million in a Swiss account and NT$800 million at the Cathay United Bank in Taipei were campaign income and not illegal funds, but the sums did not match the amounts in his official election reports, the Chinese-language Apple Daily reported yesterday. The CEC referred the case to prosecutors in a letter last Friday, the paper said.
Lin confirmed reception of the letter, but did not elaborate about its contents.
In a separate development, prosecutors requested Lin Te-shun, a former close aide of the ex-president indicted in his cases, to help them take a look at confidential documents, a spokesman said yesterday, without elaborating.