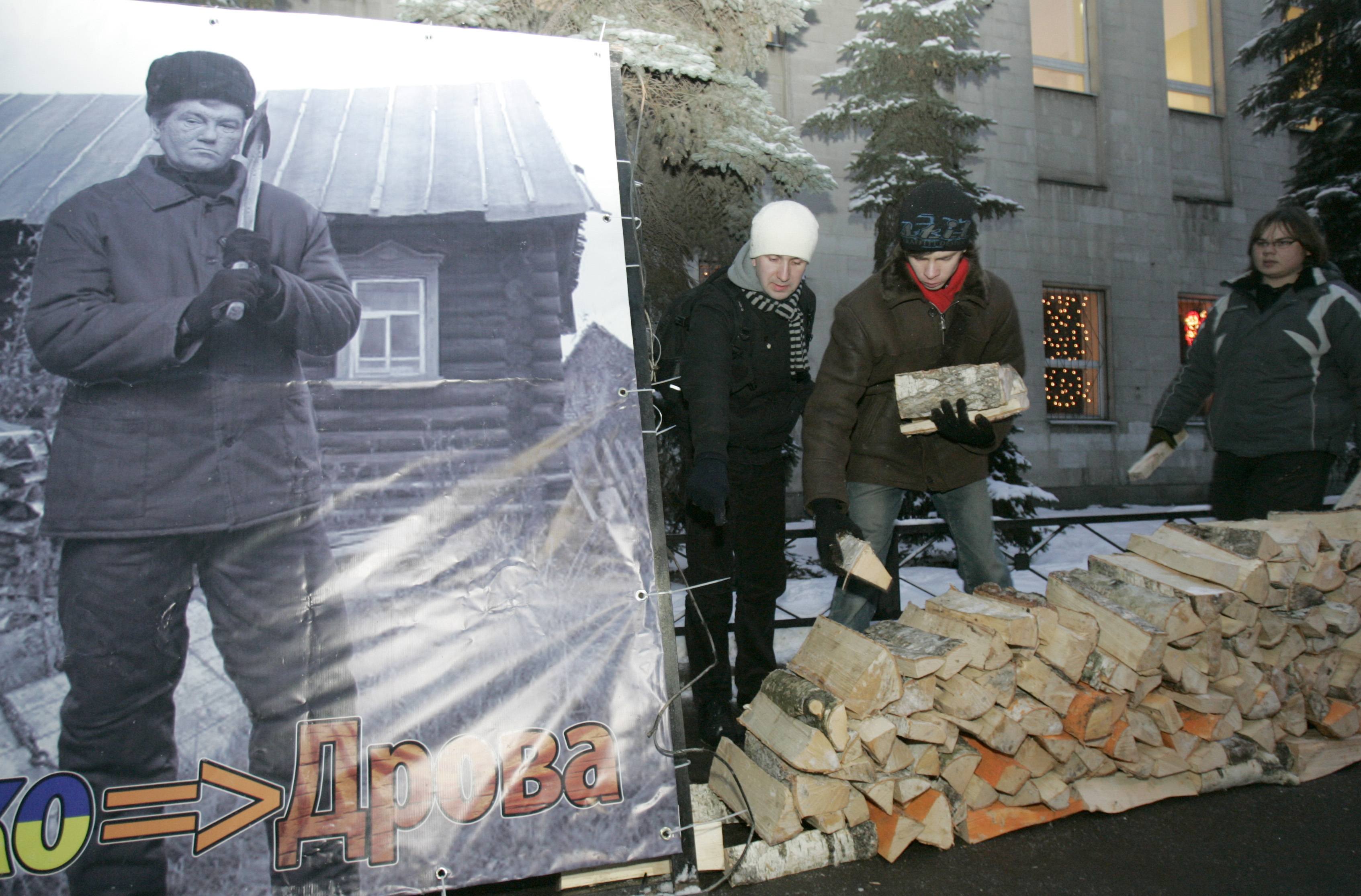 From Europe's frozen borderlands to Gazprom's fortress headquarters in Moscow to the corridors of power in Brussels, an epic PR war is raging behind the scenes of the Russia-Ukraine energy dispute.
"An information war is going on and you are on the frontlines," Valentyn Zemlyansky, chief spokesman for Ukraine's state gas company Naftogaz, told reporters on a recent tour of a snowy Russian gas pumping station.
Switch to the central control room at Gazprom, a tennis-court sized office at the heart of the Russian energy giant's operations dominated by a screen with pipelines stretching from Siberia to Europe:
"Ukraine is blocking the gas... They are coming up with lame excuses for preventing the transit of gas," Boris Posyagin, the head of the control room, told a crowd of dozens of reporters and cameramen jostling for space.
Meanwhile in Brussels, PR agents at GPlus, a well-connected consultancy that works for the Kremlin, are working flat out to put across Russia's side of the argument with daily telephone briefings and a stream of press releases.
Gone are the unanswered calls and the press statements in poor English of post-Soviet renown. The propaganda war in this latest confrontation between Russia and the West is all about hi-tech and smooth talking. In the battle for Europe's hearts and minds, Russia has mobilized Europe's biggest energy companies, familiar public figures such as German ex-chancellor Gerhard Schroeder and set up a specialized website covering the dispute. Ukraine has been less successful in drumming up support through visits to European capitals and an attempt to mobilize central European nations such as Poland and Lithuania traditionally wary of Russia, analysts said.
Wherever the blame really lies for the cut-offs of Russian gas to Europe, analysts broadly agree Russia has kept the upper hand in the propaganda battle - with Ukraine constantly put on the back foot under Russian attack.
In a comment piece in the Moscow Times, Vladimir Frolov, head of Moscow-based PR agency LEFF Group, compared Russia's media campaign favourably to a similar dispute between Moscow and Kiev three years ago.
"The Kremlin and Gazprom have learned the importance and tricks of savvy PR. The difference with 2006 could not be starker," Frolov wrote.
"During 'Ukrainian Gas Crisis - 2009' few Western newspapers and television programs described Russia as a bully wielding its 'energy weapon,' trying to bring down a burgeoning Ukrainian democracy," he continued.
"There are, however, many more stories decrying Ukrainian chutzpah and accusing Ukrainian leaders of exploiting European energy vulnerabilities for settling their own political scores."
Even Volodymyr Litvyn, speaker of Ukraine's parliament, admitted during the crisis that Ukraine had "completely lost" the PR war and was only "responding weakly" to Russian accusations of being an unreliable partner.
Volodymyr Fesenko from the Penta political studies institute in Kiev echoed that view, saying: "From the point of view of public relations, Russia is always attacking while Ukraine is justifying itself."
But for Roman Kupchinsky, a partner at U.S.-based consultancy AZEast writing in the Moscow Times, it's not really about who won or lost the PR war but about the suffering in central European states that have had their supplies cut off.
"The volley of claims and counter-claims ... is not as important as the fact that the Kremlin seemed more interested in its image than in finding a way to end the senseless conflict," Kupchinsky wrote.
"As the price of gas keeps falling and Russia's federal budget goes into a serious deficit, it is the Russian people who will suffer the most while the Kremlin's gas soldiers angrily wave their fists at Kiev and Europe."