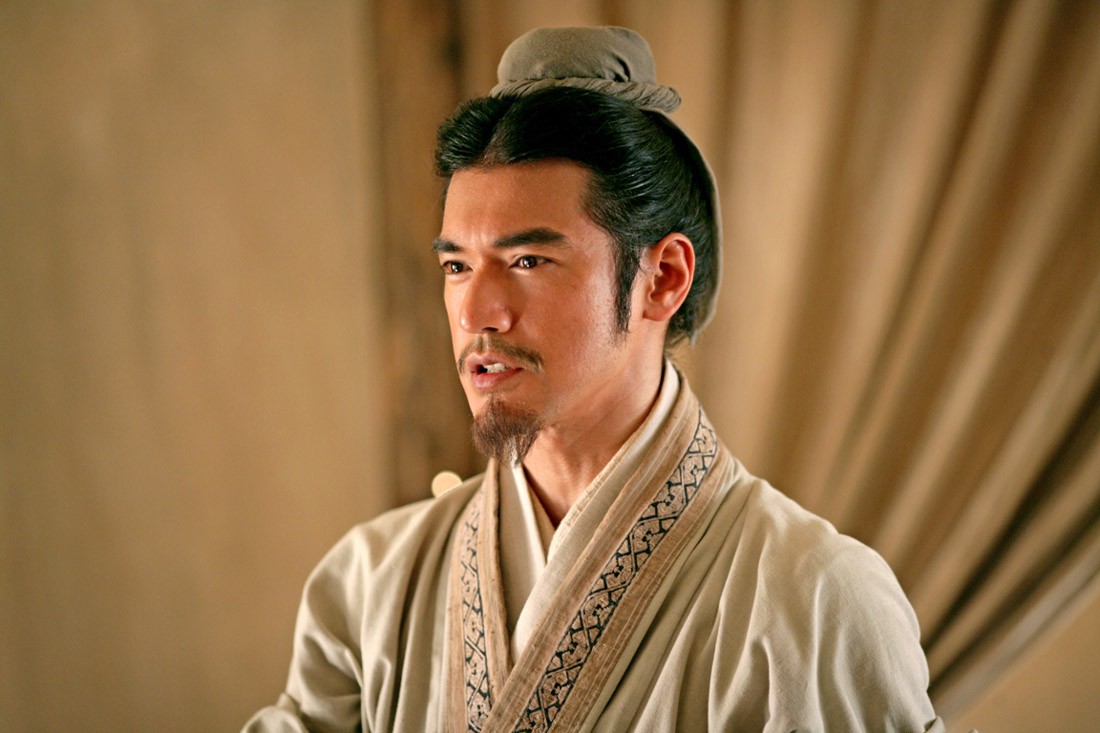 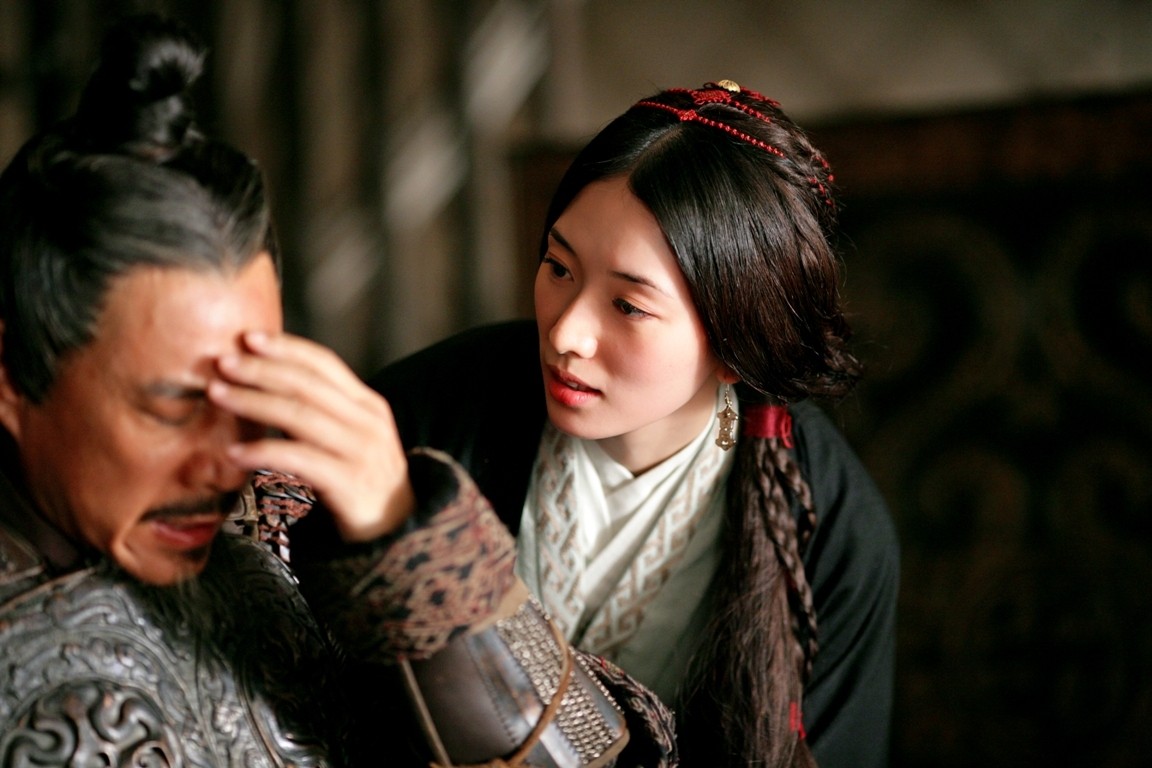 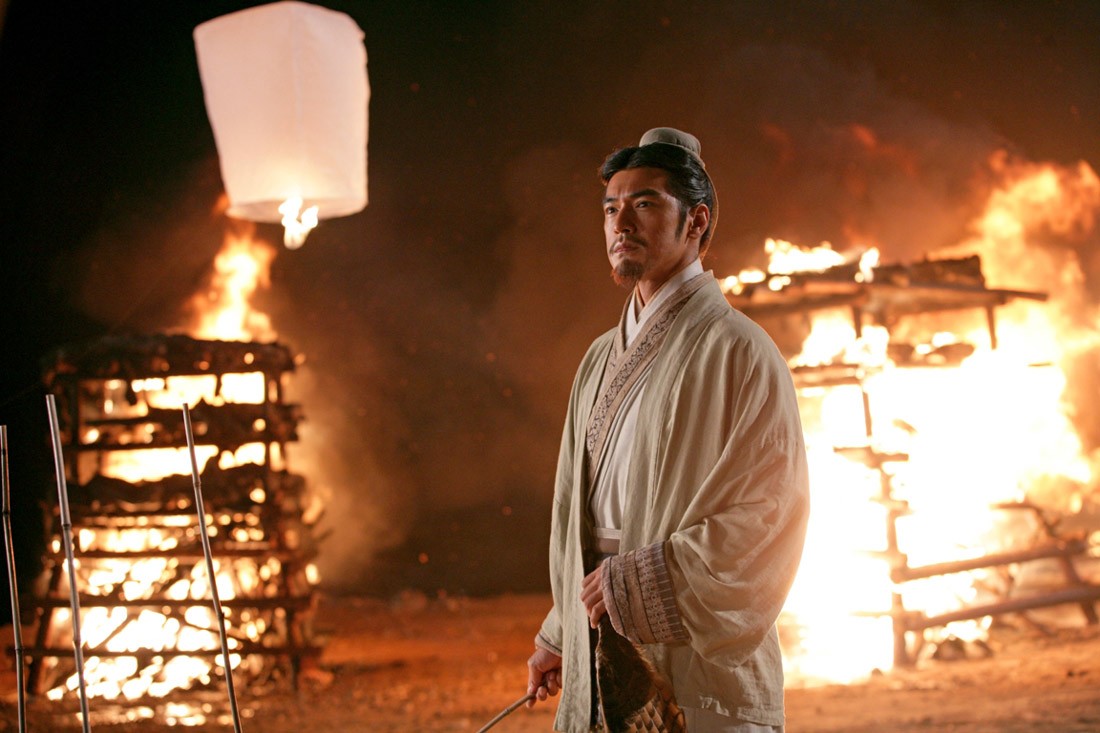 Red Cliff 赤壁：決戰天下
Directed by John Woo
Starring: Tony Leung Chiu-wai, Takeshi Kaneshiro, Zhang Fengyi, Chang Chen, Lin Chi-ling, Hu Jun, Zhao Wei, Nakamura Shido
Reviewed by Andrew C.C. Huang, Taiwan News
Taiwan release: Now showing
Not your grandmother's historical epic about the Three Kingdoms fable, Red Cliff is a pop fan's dream movie with an overglut of marquee name stars and the symbolism associated with them.
The most expensive Asian film ever (with an US$80 million budget), Red Cliff clocks in at the towering length of more than four hours, split into two installments. Hugely ambitious and finely executed, John Woo's historical epic marks a triumphant homecoming for the director after 16 years in Hollywood.
Loosely adapted from the Chinese classic novel Romance of the Three Kingdoms, the epic sees Woo jazzing up the by-this-time tired and hackneyed martial-arts genre with his modern re-imagining of an ancient tale that is familiar in Asian households.
The first installment Red Cliff was released in July last year. The second installment Red Cliff II was released in Taiwan yesterday.
Set against the backdrop of the Han Dynasty's dying days, Red Cliff recounts the continuous battles between the three (Wei, Xu and Wu) kingdoms leading to a new unified China. The shrewd Prime Minister Cao Cao (Zhang Fengyi) intends to annex other kingdoms with his superior arm force. Outmatched by Cao's army, the Xu leader Liu Bei (You Yong) sends his military strategist Zhuge Liang (Takeshi Kaneshiro) to seek an alliance with Sun Quan (Chang Chen), emperor of the Wu Kingdom in the south.
Aided by a team of formidable warriors such as Zhao Yun, Guan Yu and Zhang Fei, general Zhou Yu (Tony Leung Chiu-wai,) seeks the wisdom of Zhuge in attempts to outwit Cao's vastly superior arm force in this tricky triangle battle.
Red Cliff:II picks up where part one left off when the allied forces of Liu Bei and Sun Quan find themselves confronted by Cao's fleet of more than 2,000 warships anchored off shore. With his superior military forces, Cao has come for his vengeance after the unexpected defeat by the sudden alliance of Liu and Sun.
The epic's staggering length of four hours is necessitated by Woo's ambition to deliver an epic and complex story about The Romance of the Three Kingdoms. Woo builds the story with interlocking anecdotal stories of the various colorful characters and weaves them into a grand narrative that culminates with the pivotal battle in the end.
Compared to the slow build-up in part one, Red Cliff II charges into the main story quickly and features more than a good half an hour of battle scenes in its finale. Part two is far more gratifying than part one both for its fast moving story and the abundance of action scenes.
Besides the lavish sets, stunning action choreography and spectacular battle scenes, what makes Red Cliff so delectable for the audience is Woo's unmistakable populist storytelling and his unwavering faith in entertaining the audience.
The elaborate story, with its long list of colorful characters, is served well by the film's cast of capable marquee name actors. Actor Tony Leung livens up his potentially dull Zhou Yu with his charisma and gravity. China actor Zhang Fengyi delivers a brilliant turn as the ambitious and scheming Cao Cao. Heartthrob Takeshi Kaneshiro modernizes the brilliant scholar Zhuge Liang with his insouciant smirks, mischievous demeanor and sometimes effeminate gestures. Actor Chang Chen is convincing as the empire Sun Quan. Actor Hu Jun is serviceable in his underwritten role as Zhao Yun. Actress Zhao Wei draws many laughs with her portrayal of the tomboyish Sun Shangxiang who spies on the enemy through cross-dressing. Model-turned-actress Lin Chi-lin, in her acting debut here as the famed beauty Xiao Qiao, is so enticing that it's easy to believe a war could be lost because of her.
Tim Yip, who won the Oscar for his design for Crouching Tiger, Hidden Dragon, performs his magic here again with the across-the-board brilliant design for both the set and the costumes.
Even with a storyline mostly faithful to history, Red Cliff never becomes a stodgy historical tome. The fact that Woo intends to make a movie of his re-imagining of the Three Kindom story is made amply clear in the casting choice of model Lin Chi-lin (literally the modern icon of Chinese beauty) and heartthrob Kaneshi Kaneshiro (a glamorized tactician).
Woo is not afraid to make this film his own by putting his imprint all over the film. Red Cliff II starts with a dazzling montage sequence (the summary of part one) one would expect to see only in James Bond movies. The story also incorporates a flying dove (a recurrent symbolism in Woo movies) as spy messenger throughout the movie. Red Cliff is also that rare historical epic with a sense of humor as exemplified in many of the humorous scenes
Purists might jeer at Red Cliff as a watered down historic film. For audiences who want some entertainment and don't mind an easy dose of history lesson, Woo's Red Cliff is an ebullient historical epic glamorized by both its glittering stars and its fluent cinematic style.