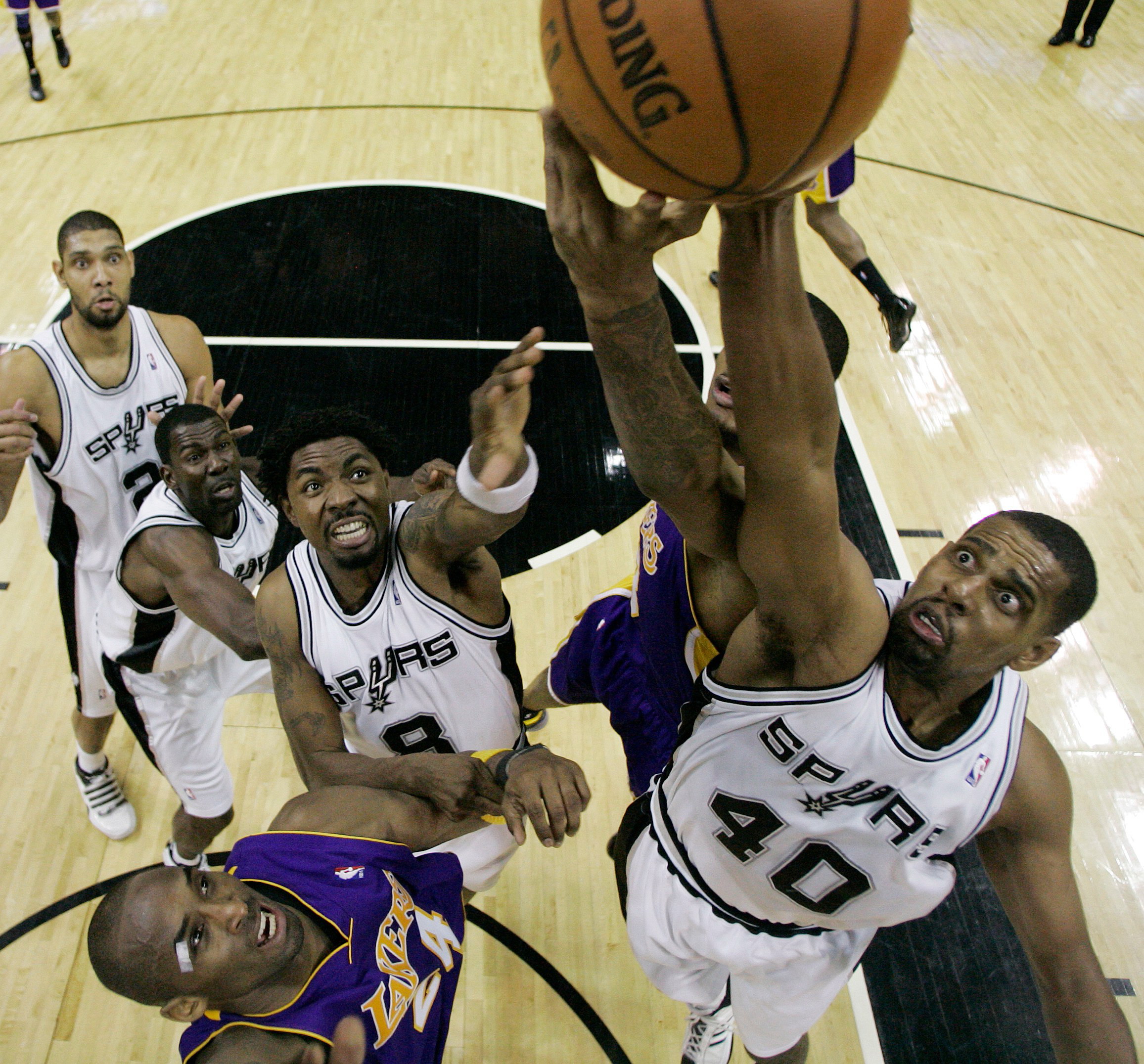 Roger Mason nailed a three pointer with just 10 seconds left as the San Antonio Spurs beat the Los Angeles Lakers 112-111 on Wednesday.
After Kobe Bryant drilled a three-pointer over Mason that gave the Lakers a 111-109 lead with 12 seconds left, the Spurs called a timeout, setting up Mason for the heroics.
Matt Bonner had trouble inbounding the ball, but found Mason in the corner. He faked, then hit a tough shot as he was fouled by Derek Fisher.
Mason made the ensuing free throw, putting the Spurs up one.
Bryant, hit a three-pointer with 5:55 left in the fourth that cut San Antonio's lead to 102-96.
Josh Powell hit two straight 17-footers from the baseline that trimmed the lead to just two points .
The Lakers wasted little time, with Gasol hitting a 14-footer that gave the Lakers a 106-105 lead with 2:10 left in the game. Bryant then drove, and got a three-point lead.
Duncan responded, shaking Gasol back and forth until he got his jumphook. The Lakers missed their next shot, and the Spurs went back to Duncan who lost control of the ball, but managed to get his shot up and in for a 109-108 Spurs lead.
Bryant then took over with his long shot over Mason, but Mason was able to hit his second game-winner of the season.