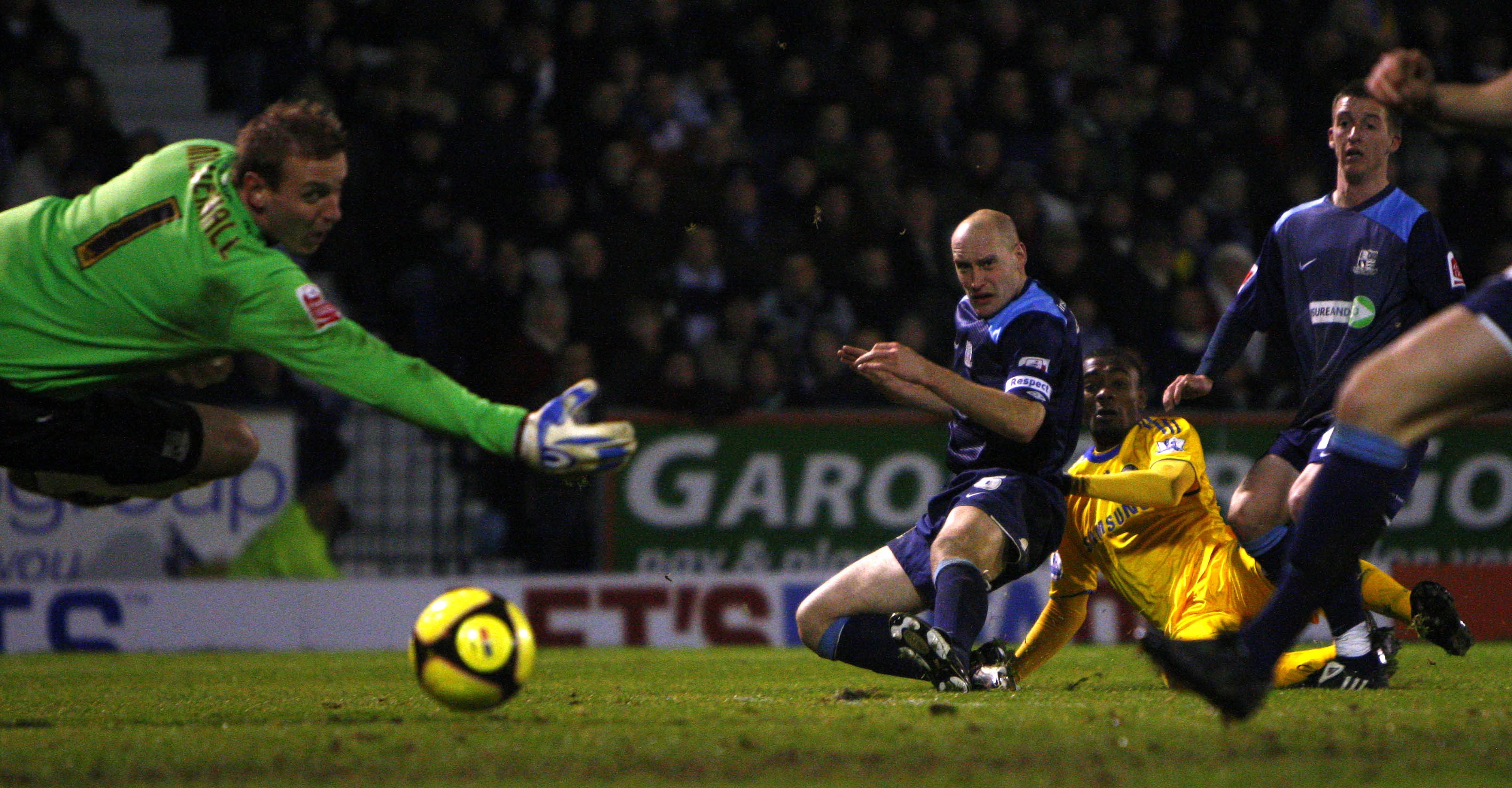 Chelsea flirted with FA Cup humiliation before coming from behind to beat Southend 4-1 in a third round replay that epitomized the best traditions of the world's oldest knockout competition.
Having been braced for a backlash from Chelsea's 3-0 defeat at Manchester United on Sunday, League One's Southend stunned the visitors by taking the lead through captain Adam Barrett's 16th-minute header.
Michael Ballack's first goal since Euro 2008 got Luiz Felipe Scolari's side back on level terms just before the break and strikers Salomon Kalou and Nicolas Anelka found the net before Frank Lampard completed a win that captain John Terry said demonstrated the spirit in the squad.
"We have been under-performing recently, and I think the manager was right to criticize us for not fighting enough. Today was an opportunity for us, and we showed great spirit," Terry said.
"It wasn't the best of starts - but after 30 minutes we upped the tempo in the second half, and I thought we fully deserved the win."
Scolari - who had been at the receiving end of Ballack's last goal when he scored for Germany in their Euro 2008 clash which ended Portuguese hopes - had reacted to Sunday's 3-0 defeat by Manchester United by announcing that he would ditch man-to-man marking in favor of a return to zonal marking.
Centerback Ricardo Carvalho also found himself relegated to the bench while Deco and Didier Drogba, who many believe may have played his last game for Chelsea, were axed from the squad altogether.
The new defensive arrangements could hardly have got off to a worse start with Barrett rising unchallenged to meet a corner and head past Petr Cech.
That left Scolari with his head in his hands and the Brazilian must have had his heart in his mouth as Cech was forced to produce a stunning point-blank save to prevent Alex Revell from putting Southend two goals in front.
Gradually Chelsea began to dominate however and a goalmouth scramble on the verge of half-time resulted in the ball breaking to Michael Ballack, who equalized with a superbly executed half-volley from just inside the 18-yard line.
The equalizer could not have come at a better time and Chelsea appeared much more relaxed after the break as they ultimately made their superiority tell to set up a fourth round tie with Championship side Ipswich at Stamford Bridge.
In Wednesday's other replays, a second string Hull knocked out Newcastle, for whom Michael Owen squandered three superb chances.
Hull's Daniel Cousin, in contrast, needed only one chance to send his side into a fourth round meeting with Millwall by converting a Richard Garcia cross ten minutes from time.
Crystal Palace won their battle with fellow Championship side Leicester 2-1. Goals either side of half-time from Paul Ifill and Sean Scannell put the home side in charge and Max Gradel's last-minute strike came too late for Leicester to have any hope of forcing extra-time.