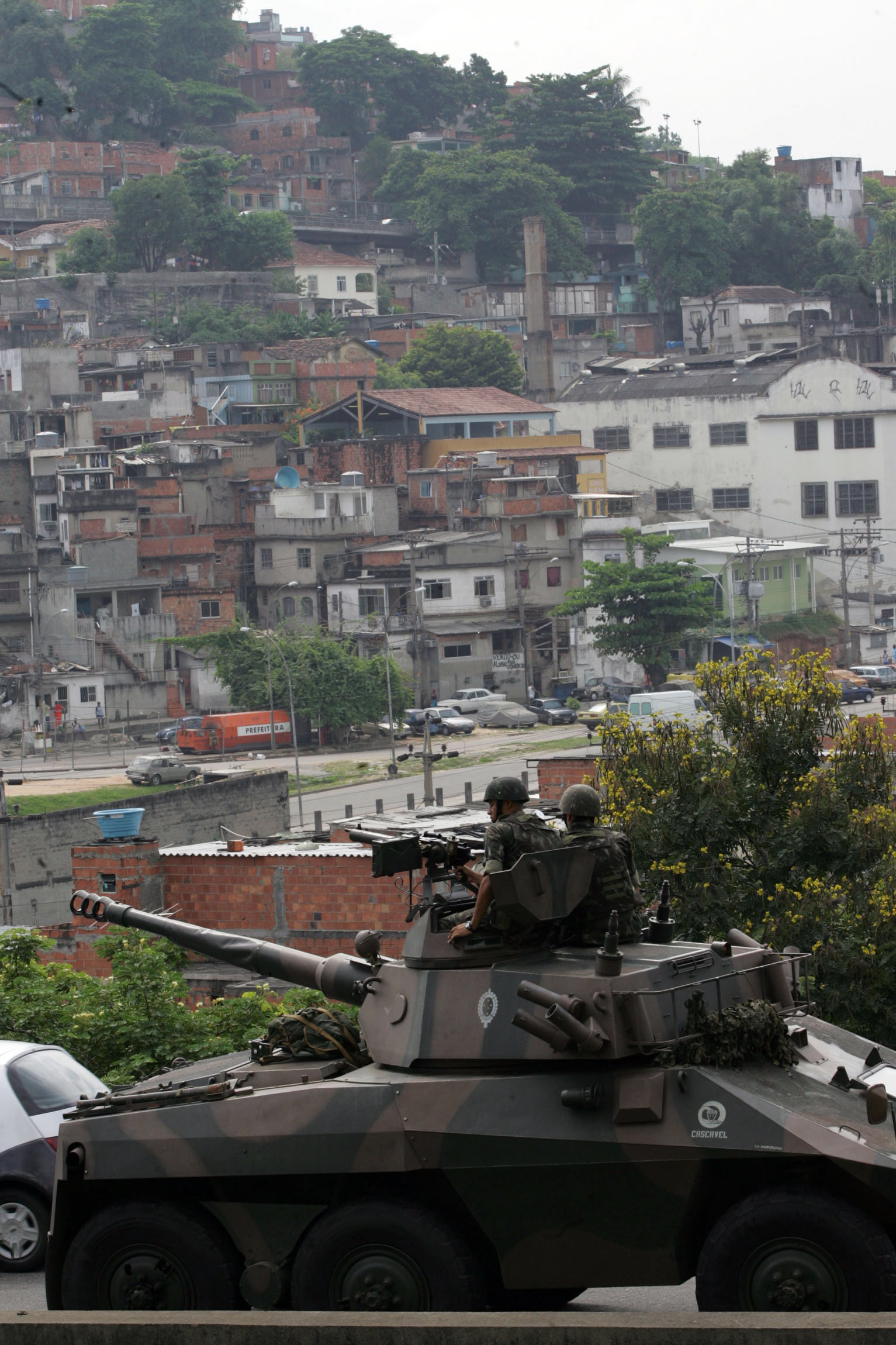 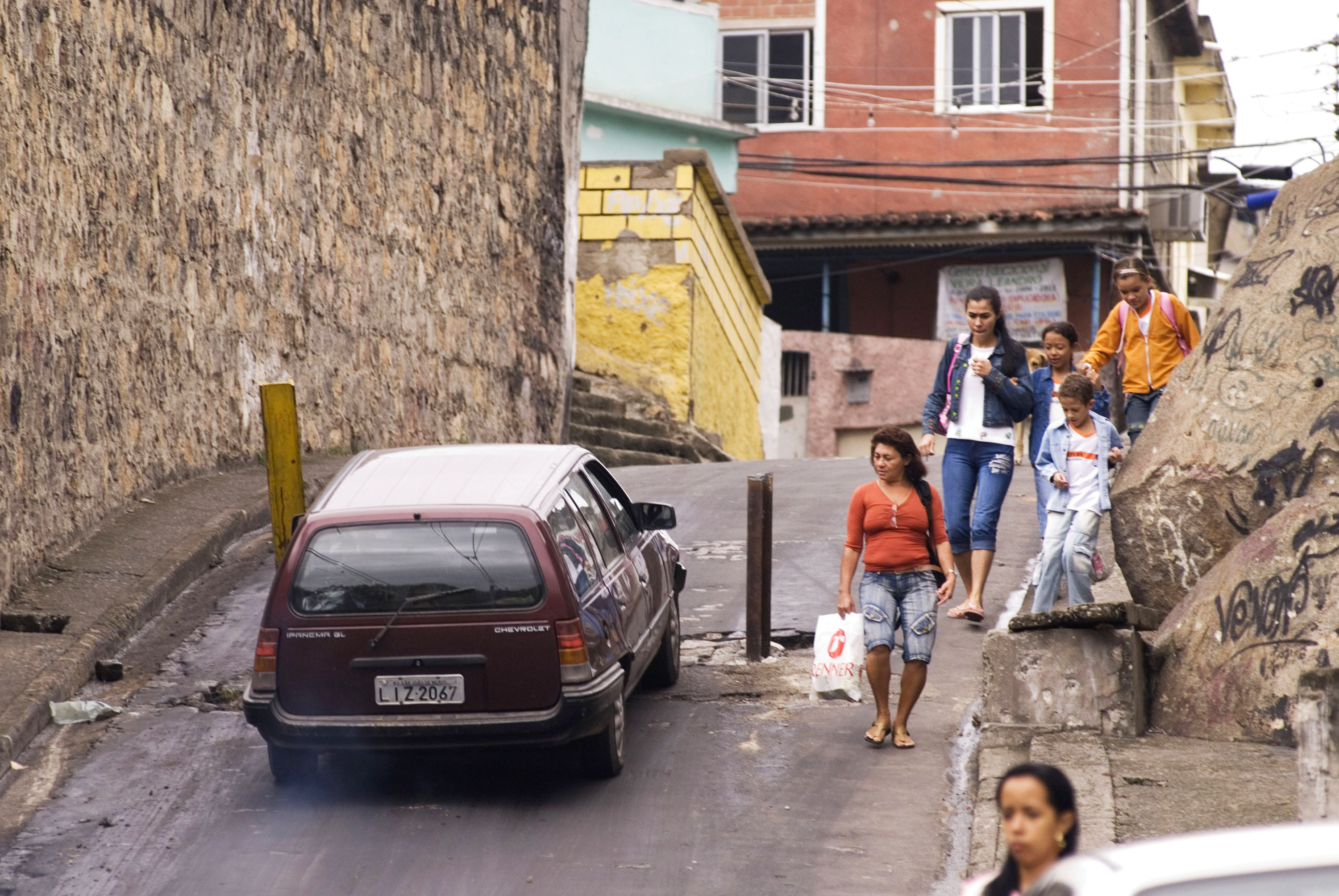 Bouncing a small boy on her knee and listening attentively to residents' complaints, Capt. Pricilla de Oliveira Azevedo is the new face of policing in Rio de Janeiro.
"The police are entering houses that have doors open with their guns pointed," complained Marcelo Andrade, a 38-year-old resident of the Santa Marta slum.
"They aren't invading houses, but they need to check when there's an open door," de Oliveira replied, dark hair tied back above her bullet-proof vest. "When you have something new there will be changes for the better and worse."
In their long, bloody battle to take back control of hundreds of slums from drug gangs, Rio's police are trying a new tactic - staying in place and talking to people.
After invading this community of about 10,000 people in November and driving out the Red Command drug gang, the police surprised residents by staying, starting an experiment they plan to expand to other slums scarred by gang warfare and the usual police tactic of "invade, shoot, and leave."
Santa Marta, a steep maze of shacks under the gaze of Rio's Christ the Redeemer statue, now has three police posts staffed by 120 mostly young officers trained in "community policing." New recruits, they are relatively unmarked by the brutality and corruption elsewhere in the force. Paid about US$220 more a month than their peers, they also have different orders - to get to know residents rather than just arresting them.
The new policy combined with an influx of public works is being backed by President Luiz Inacio Lula da Silva, in an attempt after six years in power to tackle the chronic problem of violent slums in Rio and other big Brazilian cities.
"We don't want police anymore who enter from time to time without knowing who is good and who is bad, treating everyone as if they were the enemy," Lula told residents last month at German, a much bigger slum complex that is also due for new police posts.
About 1,600 police have so far passed through the community training course and will be deployed to more slums this year.
The new approach faces major challenges. The German complex and many of Rio's nearly 1,000 other slums are far bigger and less contained than the hillside Santa Marta, and the police suffer from a lack of training and resources.
"We have very serious logistical problems to resolve before we can guarantee that this will happen (in other areas)," Rio's state security secretary Jose Beltrame said.
He denied that the new policy was an admission of the failure of hard-hitting police raids, saying such operations were still needed to seize arms and drugs.
And, in the occupied slums, residents and rights groups have complained the police are clamping down on civil liberties, banning local transport and dance parties that are linked to the drug trade and carrying out more arbitrary searches.
Underlying the difficulties are residents' deep mistrust and fear of the police and gangs after years of brutal urban conflict. Rio's police shot dead 1,330 people in 2007 and regularly draw condemnation from human rights groups for their tactics, including arbitrary killings.
Andre Luiz, a 40-year-old resident of Santa Marta, said life had improved, but he recalled how the police occupied the slum for six months a few years ago and then left. Anyone being friendly with police could pay a high price later, he said.
At the meeting with police Capt. de Oliveira, the residents' mood was friendly but tinged with suspicion of the sudden presence of police patrolling the slum's alleyways.
De Oliveira, already known to many in Santa Marta as "Captain Pricilla," promised the operation was here to stay. Her mission, she said, was to allow public services like health and education to enter and take root in the favela.
On a recent day, the favela buzzed to the sound of workers building and repairing houses, part of a planned US$17 million investment that has already brought the slum a new football pitch.
For 12-year-old Matheus Patrick, the absence of traffickers appears for now to have improved his chances of avoiding the fate of his father, a "bandido" who he says was killed by police five years ago.
"There didn't used to be so many people outside," said Patrick, "Everyone was scared of a shoot-out, but it's better now."