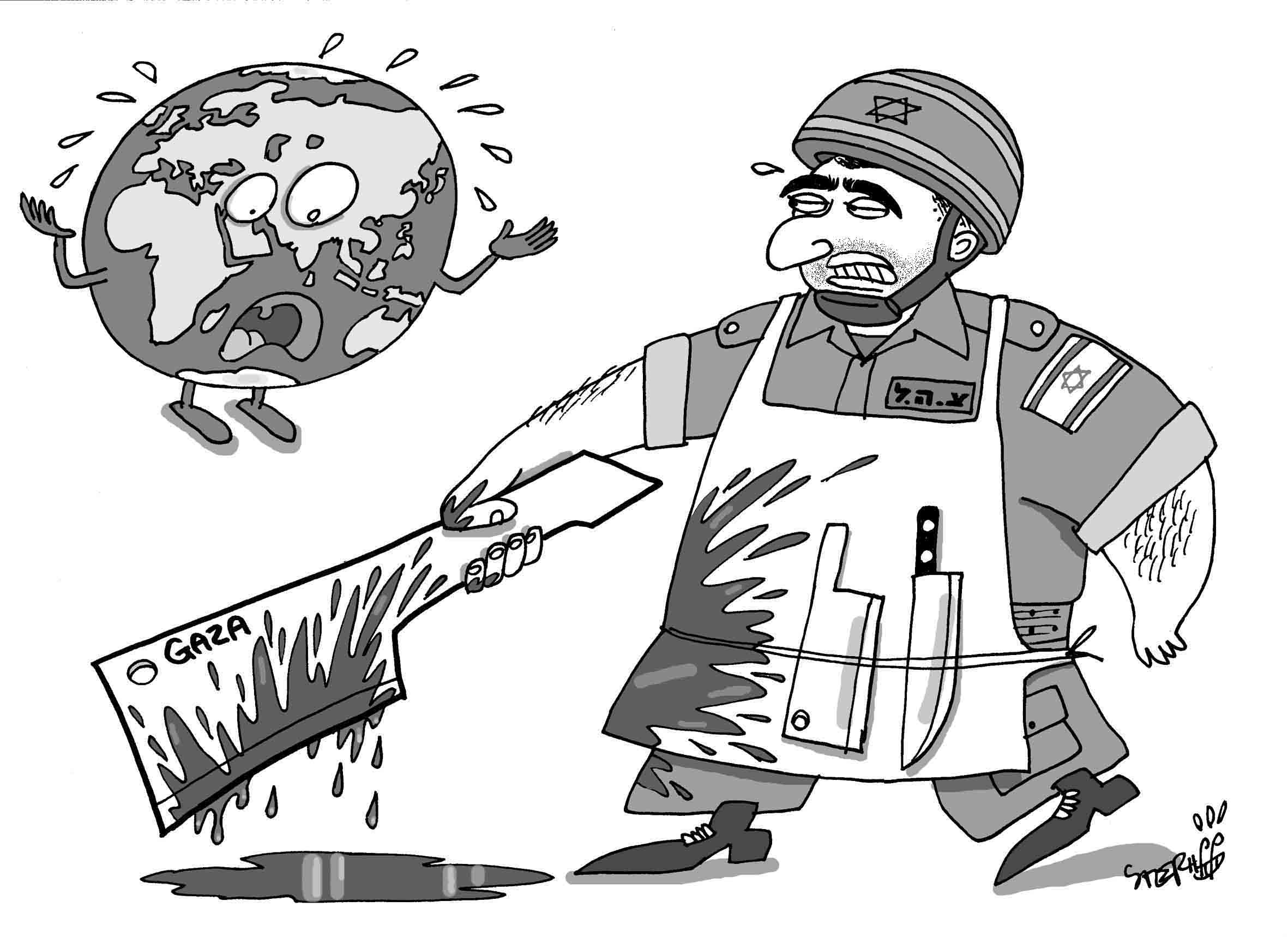 More than two weeks into the Israeli-Hamas war, the eyes of the world are narrowly focused on the crisis in Gaza. In the Middle East, however, it is not just the Palestinians and Israelis who are suffering, and it is not only Hamas which hopes to capitalize.
Lost amid the ongoing hostilities is the profound impact of the global economic crisis on the Middle East. Like the rest of the world, Arabs have also found themselves victims of the downturn. Even the Gulf, still floating on a cash cushion from the recent oil boom, is tightening its belt.
Not surprisingly, the economy is providing plenty of fodder for Islamists. In Jordan - Washington's closest Arab ally - the Islamist parliamentary bloc is demanding a loosening of regulations on Islamic banking and a shift to an "Islamic economy." Meanwhile in Egypt, the Muslim Brotherhood is saying that "Islam is the solution," and advocating rescue plans that include, among other things, "trust in Allah," "exploiting the crisis to advance the plan for Islamic civilization," and "uniting the Arab and Islamic states with their insurmountable power in confronting the United States."
Islamists are no doubt hoping to capitalize on the economic meltdown. Amid the adversity, however, one nation is thriving: Lebanon. It's doing so not by turning to Islamist governance, but by focusing on disciplined and prudent economic policies. In fact, in its recent report on the country, the International Monetary Fund (IMF) noted that "so far there have been no spillovers to Lebanon from the global financial crisis."
My recent trip to Beirut seemed to confirm the IMF assessment: Bars and cafes were packed and hotels were brimming with occupants. Like other Middle Eastern states, the local bourse has declined somewhat, but real estate markets hadn't crashed, and banks were not failing. According to Central Bank Governor Riad Salameh, as of November, the Lebanese Banking sector was up an astounding 12 percent for the year.
Lebanon's economy is a remarkable story, particularly given the political upheaval the state has seen in recent years. Once known as the "Paris of the Middle East," the state's fortunes declined dramatically during 15 years of civil war and 30 years of Syrian occupation. Making matters worse, since 2005 Beirut experienced the murder of a former premier, a devastating war with Israel, an Islamist uprising in the North, periodic attacks - probably perpetrated by Syria or by local Islamists - against the Army, and a military takeover of the capital this past May by the Shiite militia-cum-political party Hezbollah. Complicating matters, Lebanon's pro-West majority governs today in an uneasy coalition with Hezbollah and other local Iranian and Syrian-backed parties.
Key to success
The key to Lebanon's success at insulating itself from the worst of the global financial meltdown has been sound fiscal policy from the Central Bank. Years ago, Riad Salameh issued a bank circular prohibiting Lebanese banks from subscribing to subprime mortgage products. This rule complemented already extant regulations, limiting banks' participation in other risky products like derivatives. While banks could directly petition Salameh for waivers, Central Bank sources confide that these requests almost universally received his pocket veto. In any event, given the high rate of return on government products and other local and regional investments, there was little need for Lebanese banks to gamble.
Salameh's high stature in Lebanon and the region pales in comparison to that of Hassan Nasrallah, the charismatic secretary general of Hezbollah, the Party of Allah, whose claim to fame is fighting the Israeli army to a standstill in the summer of 2006 - at an estimated cost to Lebanon of US$4 billion. Focused so much on "resistance," it is little surprise that neither Nasrallah nor Hezbollah - which controls a bloc of some 35 seats in parliament - has ever articulated an economic plan.
Unfortunately for Lebanon, however, this could soon change. Should Hezbollah come to power in June 2009 parliamentary elections, the Shiite militia might be tempted to institute the ruinous economic policies of its religious authorities in the Islamic Republic of Iran. And there is little reason to believe that implementation of recommendations advocated by Jordanian and Egyptian Islamists would achieve any better result.
In the context of this intellectual void, Lebanon's economic miracle provides a useful example for the regions' Islamists - Hamas included. Hamstrung by internal political tensions and interminably undermined by unfriendly neighbors, Lebanon has to date nonetheless skirted the worst of the crisis through prudent fiscal policies within the confines of the free market. Lebanon may eventually be affected by the spillover, but it will be better placed to endure the crisis and rebound quicker because of wise financial oversight. The answer isn't Islam or sharia banking; it's good policy.
David Schenker is director of the Program in Arab Politics at the Washington Institute for Near East Policy. From 2002 to 2006, he served in the Office of the Secretary of Defense as country director for Syria, Lebanon, Jordan, and the Palestinian territories.