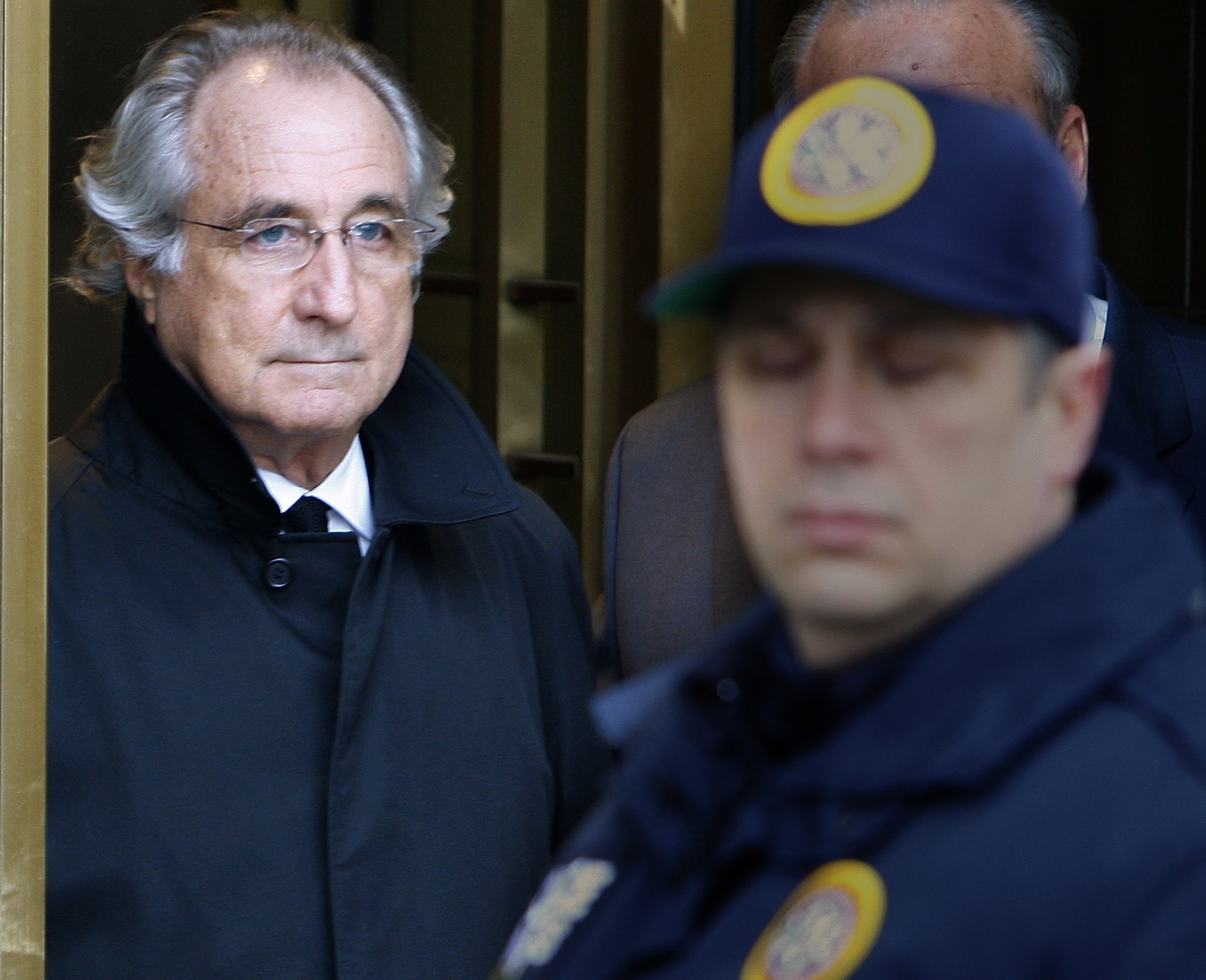 Alleged Wall Street swindler Bernard Madoff can remain free on bail, a U.S. judge ruled Wednesday, rejecting a bid by prosecutors to detain Madoff pending trial.
Judge Lawrence McKenna told a court hearing it was "close to impossible" for Madoff to flee his luxury New York apartment or hide his assets and that he should therefore remain out of jail.
Madoff, who arrived at the court in Manhattan in a dark coat, smiled briefly early in the hearing but was expressionless as the ruling came down.
The decision means Madoff, 70, is free to live in his penthouse apartment while awaiting trial - a process that lawyers say could take many months.
Madoff, a financial advisor and former chairman of the Nasdaq stock market, was arrested Dec. 11 after allegedly confessing to running a US$50 billion pyramid fraud, possibly the biggest in Wall Street history.
Prosecutors sought detention, arguing that Madoff violated his bail conditions by attempting to distribute more than a million U.S. dollars worth of jewelry to friends and relatives, when all his assets are under a court-ordered freeze.
A lawyer for Madoff told the court that the jewelry episode had been a "desperate and futile effort to connect" with estranged relatives.
"They didn't dissipate them to a distant bank account in a foreign country, but to their family," the attorney said.
A prosecution lawyer argued, however, that Madoff should be jailed to make it "much more difficult" for him to direct any further attempts to hide assets.
Madoff has not yet been indicted and a preliminary hearing in his trial has been put off until at least mid-February.
U.S. attorney Marc Litt wrote in arguments to the appeals judge that "the defendant showed that he could not be trusted to obey the court's orders and that no set of conditions could constrain his ability to harm the community."
Litt argued that Madoff "has little to lose given the lengthy term of incarceration that he likely faces" and therefore should be incarcerated pending that trial and during the trial.
However, Madoff's lawyer says his client poses no risk of fleeing or harming the community. As part of his bail conditions Madoff has surrendered his passport and is confined to his apartment under 24-hour surveillance.
Victims of his alleged fraud, who include major banks and ultra-wealthy private investors, have complained that Madoff should not be allowed to continue living in his US$7 million New York apartment.