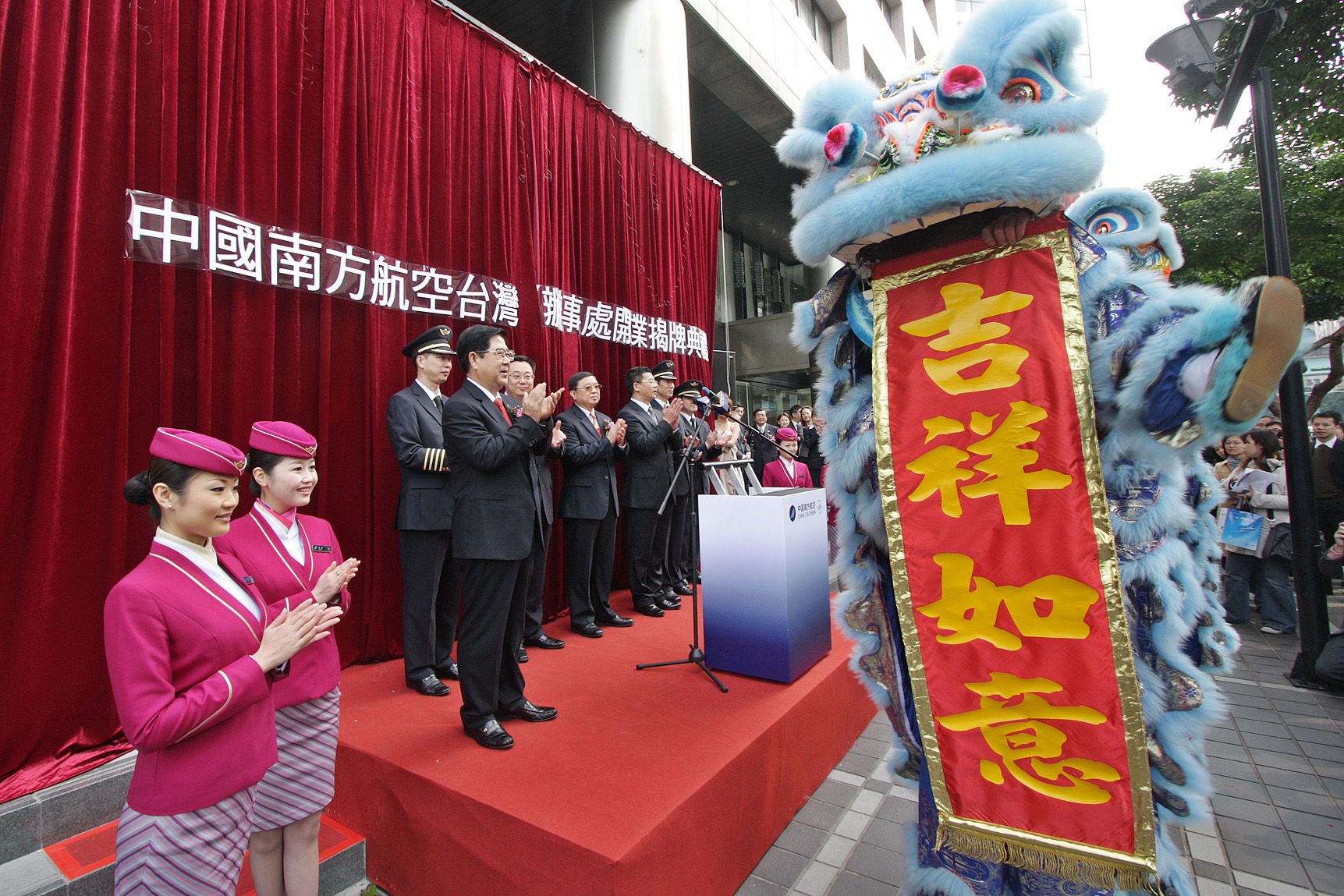 China Southern Air Holding Co. (Nanhang), whose representative office in Taiwan became operational yesterday, is planning to recruit Taiwanese pilots and flight attendants in the future, a corporate source said.
According to Yang Defeng, a deputy director of Nanhang's Public Relations Department, the company's Taiwan office currently has 17 staff members, 13 of whom are from Taiwan and four from the Chinese mainland.
"We plan to recruit Taiwanese pilots and attendants, as we think that they are high-caliber professionals and many of them are experienced in global services," Yang said.
Currently, Nanhang operates 10 nonstop cross-strait charter flights per week - two on the Shenzhen-Taoyuan route, four for the Guangzhou-Taoyuan route and four between Shanghai and Taipei, Yang said.
According to the Civil Aeronautic Administration under the Ministry of Transportation and Communications, other Chinese air carriers, including Air China, China Eastern Air, Shanghai Airlines, Xiamen Airlines and Hainan Airlines, have also obtained approval to establish representative offices in Taiwan, following the historic launch of daily direct charter flights across the Taiwan Strait on Dec. 15, 2008.
Under an agreement that the two sides sealed in Taipei Nov. 4, 2008, cross-strait nonstop charter flights will be upgraded to regular daily flights in the first half of 2009, if the charter services prove to be successful.
The agreement also allows for the representative offices of the Chinese airline companies in Taiwan to be upgraded to branch offices after a certain period of successful operation. Taiwan and China resumed daily direct passenger flights last December.