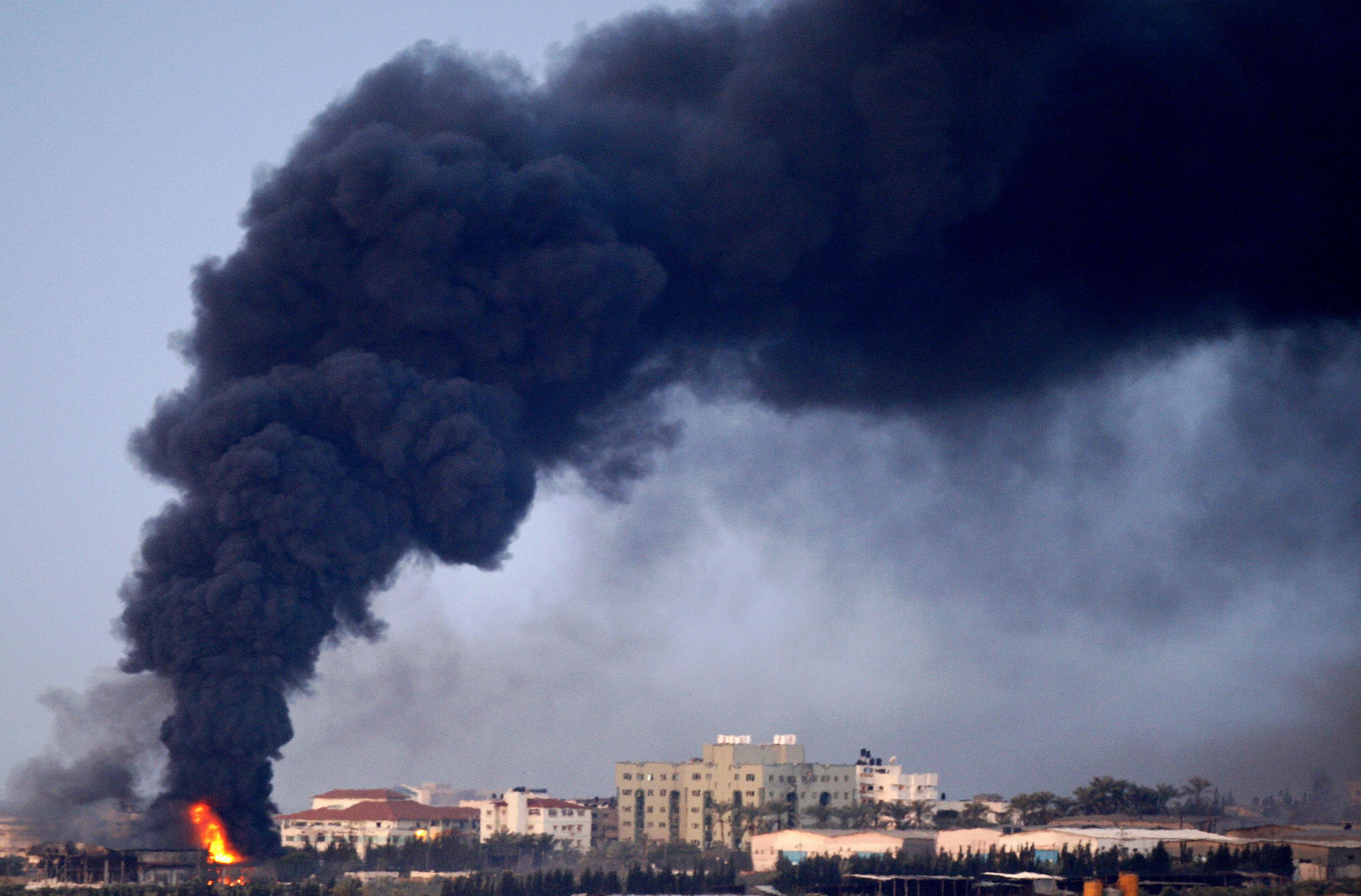 The U.N. yesterday suspended its operations in Gaza after Israeli shells smashed into its compound, setting fire to warehouses of badly-needed aid and prompting outrage from U.N. chief Ban Ki-moon as he arrived in Israel.
"Israeli tank shells fell inside the UNRWA complex in Gaza, injuring three of its employees," spokesman Adnan Abu Hasna said. "We have decided to suspend all our operations."
According to another official of UNRWA, the U.N.'s main agency for Palestinian refugees, one of the buildings set ablaze in the attack contained "hundreds of tons" of relief aid. Chris Gunness, a Jerusalem-based spokesman for the agency, said hundreds of people had been taking refuge inside the compound when it was hit.
"The building is on fire and we are unable to put it out. Five field vehicles are inside the compound," he said.
Another humanitarian group, CARE International, said it too had been forced to suspend all deliveries of food and medical supplies due to heavy bombardment in and around its warehouses and distribution sites in Gaza City.
The shelling of the UNRWA complex, on the 20th day of Israel's war on Hamas in the Gaza Strip, prompted a furious response from the U.N. Secretary General who arrived in Israel earlier yesterday.
"I have conveyed my strong protest and outrage and demanded a full explanation from the defense minister and foreign minister," Ban told reporters in Tel Aviv.
Ban said defense Minister Ehud Barak had assured him the incident had been "a grave mistake" which was being taken "very seriously."
"He assured me that extra caution will be given to U.N. facilities and stuff and that this will not be repeated," he said.
The U.N. chief, who is in Israel as part of a regional tour to push for an immediate ceasefire in the Gaza conflict which so far has killed nearly 1,100 Palestinians, said the death toll was unacceptable.
"The number of casualties has reached an unbearable point," Ban said. "We have no more time to lose."
But he said the elements were in place for Israel's war in Gaza, launched by Israel on Dec. 27, to end "now."
"The time has come for the violence to stop and for us to change fundamentally the dynamics in Gaza and to pursue again the peace talks for a two-state solution which is the only road for lasting security for Israel."
Israeli Foreign Minister Tzipi Livni insisted the Jewish state would decide how and when to end its massive campaign aimed at ending rocket fire from the Gaza Strip into Israel and dubbed Operation Cast Lead.
"We are doing our own assessments on daily basis and according to them, we will decide when to stop," she said.
"Israel will also maintain its right to defend itself when it comes to stopping the smuggling of weapons, and not only rocket fire."
The UNRWA compound had earlier yesterday been damaged by shrapnel when another Israeli shell landed next to the complex, which is close to the Islamic University in the center of Gaza City.
UNRWA officials inside the compound, which houses a vocational training center and vehicle pool, said that fighting in the area had intensified on Thursday.
"With every minute that passes, civilians and humanitarian workers are being put in life-threatening situations," Gunness said.
"UNRWA has an urgent humanitarian task to fulfil which is one more reason why the parties on the ground must heed Mr. Ban's mission of peace."