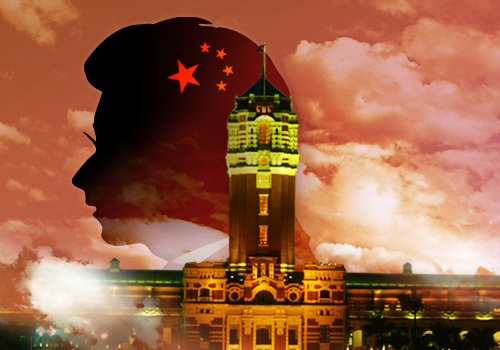 Although Wang and Chen denied any involvement during interrogation, the Court approved to put both in custody for their inconsistent statements and possibility of colluding with witnesses and accomplices, according to the presiding judge.

Prosecutors discovered that Wang was suspected of handing classified documents including President Ma Ying-jeou’s (馬英九) inauguration to Chen and then to Chinese intelligence agents. Prosecutors will look into whether other state secrets have been leaked.

Presidential spokesman Wang Yu-chi (王郁琦) today said that the Presidential Office respects the judiciary and cooperates with the investigation with no political deliberation, when asked whether the case may undermine the warming cross-strait relation.

It is unknown whether the case is an isolated incident or an outcome of system problem, said Wang. If the alleged treason occurred as a result of a loophole in the system, the Presidential Office will take necessary measures as the case becomes clear.

When asked by the media whether it is necessary to search the President’s Office, Wang replied that it was prosecutors’ right to make a search. When prosecutors present a warrant for legal investigation, the Presidential Office will be cooperative with judicial actions.

It is a first search ever made by prosecutors into the Office of the President. In the probe of State Affairs Funds case against then-first lady Wu Shu-jen (吳淑珍) in 2006, Prosecutor Chen Rui-ren (陳瑞仁) of the Anti-corruption Center once readied a warrant but did not execute the search.