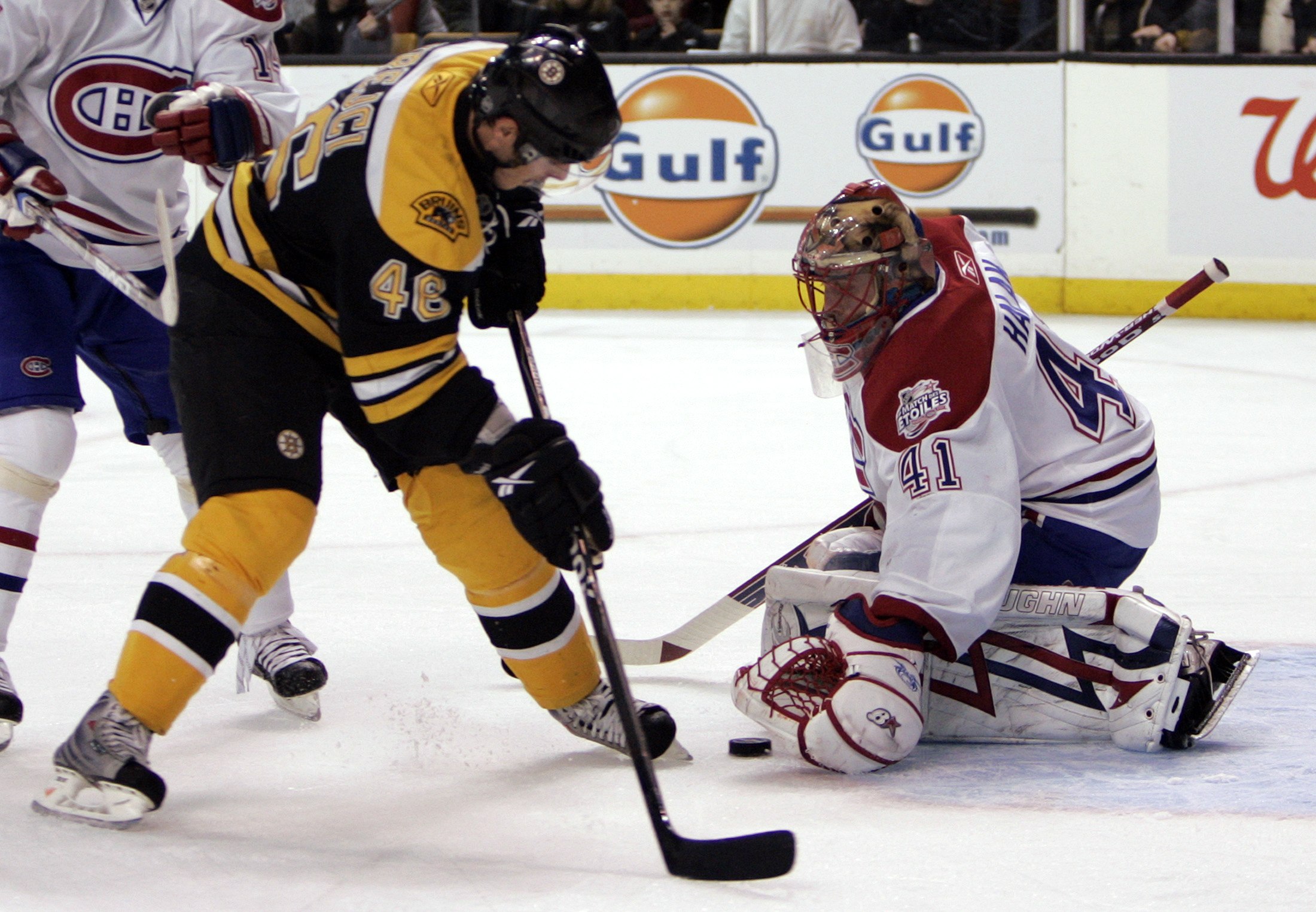 The Boston Bruins eased to a 3-1 victory over the Montreal Canadiens in a meeting of the Northeast Division's top teams on Tuesday, Zdeno Chara sparking the win with a pair of goals to back up Tim Thomas's 34-save effort.
Defenseman Chara leveled the score 8:23 into the second period before putting the division-leading Bruins ahead for good ten minutes later.
"It (Chara's play) was huge," Thomas said. "At the beginning of the game we came out and we were struggling to get some offense and Zdeno did a good job of filling in."
Chara also had three hits and four blocked shots.
"He was outstanding tonight," Bruins coach Claude Julien said.
Thomas made big saves in both the first and third periods, the latter with the score tied 1-1. He also went after Montreal's Andrei Kostitsyn for the Canadien's hit on Boston's Aaron Ward in the second period.
Kostitsyn was given a five-minute penalty for boarding and Thomas drew two minutes for roughing, served by Ward. Ward did not return to the game.
Kostitsyn scored Montreal's goal before Boston snapped their four-game winning streak.
In other NHL action from Tuesday: Edmonton 5, Washington 2; Columbus 4, Colorado 3; N.Y. Rangers 2, N.Y. Islanders 1; Pittsburgh 4, Philadelphia 2; Ottawa 5, Carolina 1; Nashville 2, Toronto 0; Minnesota 6, Phoenix 3; Calgary 3, St. Louis 1; New Jersey 5, Vancouver 3; San Jose 7, Tampa Bay 1