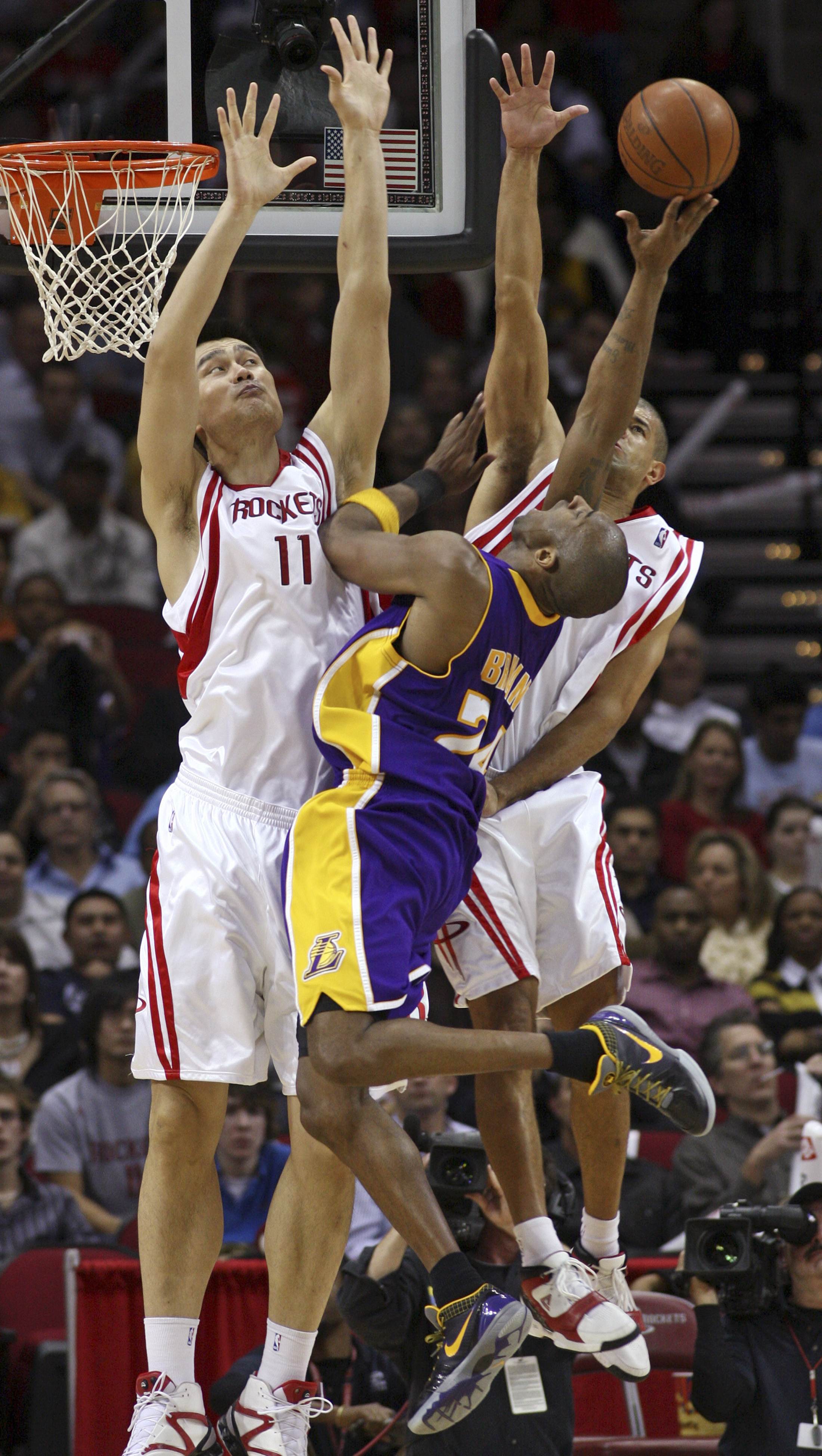 Kobe Bryant sank the go-ahead three-pointer with 27 seconds left as the Los Angeles Lakers held off the shorthanded Houston Rockets 105-100 on Tuesday.
Bryant scored 33 points for the Lakers, who outscored the Rockets 27-18 in the final period to secure the win.
China's giant center Yao Ming scored 19 points and added 17 rebounds for the Rockets who played without National Basketball Association stars Ron Artest (right ankle) and Tracy McGrady (left knee).
Shane Battier gave Houston a brief lead 100-99 with 47 ticks remaining, when he buried a three-pointer from the left corner. Bryant then answered on the ensuing possession.
With nine seconds left, Rockets point guard Rafer Alston corralled the offensive rebound on his own missed shot and was fouled by Derek Fisher.
But the slick floor general missed two free throws and Carl Landry had the offensive board slip out of his grasp with eight ticks left.
On the other end of the floor, Lakers center Pau Gasol had his own problems at the free-throw line, making just one-of-two and giving the Rockets one last chance to tie.
Trevor Ariza scored 14 points off the bench for the Lakers, who have won four straight.
The Rockets, who had a three-game winning streak snapped, also received a big contribution from Carl Landry, who scored 21 points.
Houston led by as many as nine points in the first half before Los Angeles rallied to tie the game at 54-54 by intermission.
The Lakers rarely led in the opening half - their biggest advantage was two points on three occasions - but stayed close on the strength of 17 points from Bryant. Los Angeles shot a respectable 52 percent (24-of-46) from the field, but Houston made 25-of-40 attempts for 63 percent efficiency.
In other NBA action on Tuesday: Charlotte 80, Detroit 78; Miami 99, Minnesota 96; Cleveland 102, Memphis 87; Denver 99, Dallas 97; Phoenix 107, Atlanta 102; Orlando 139, Sacramento 107