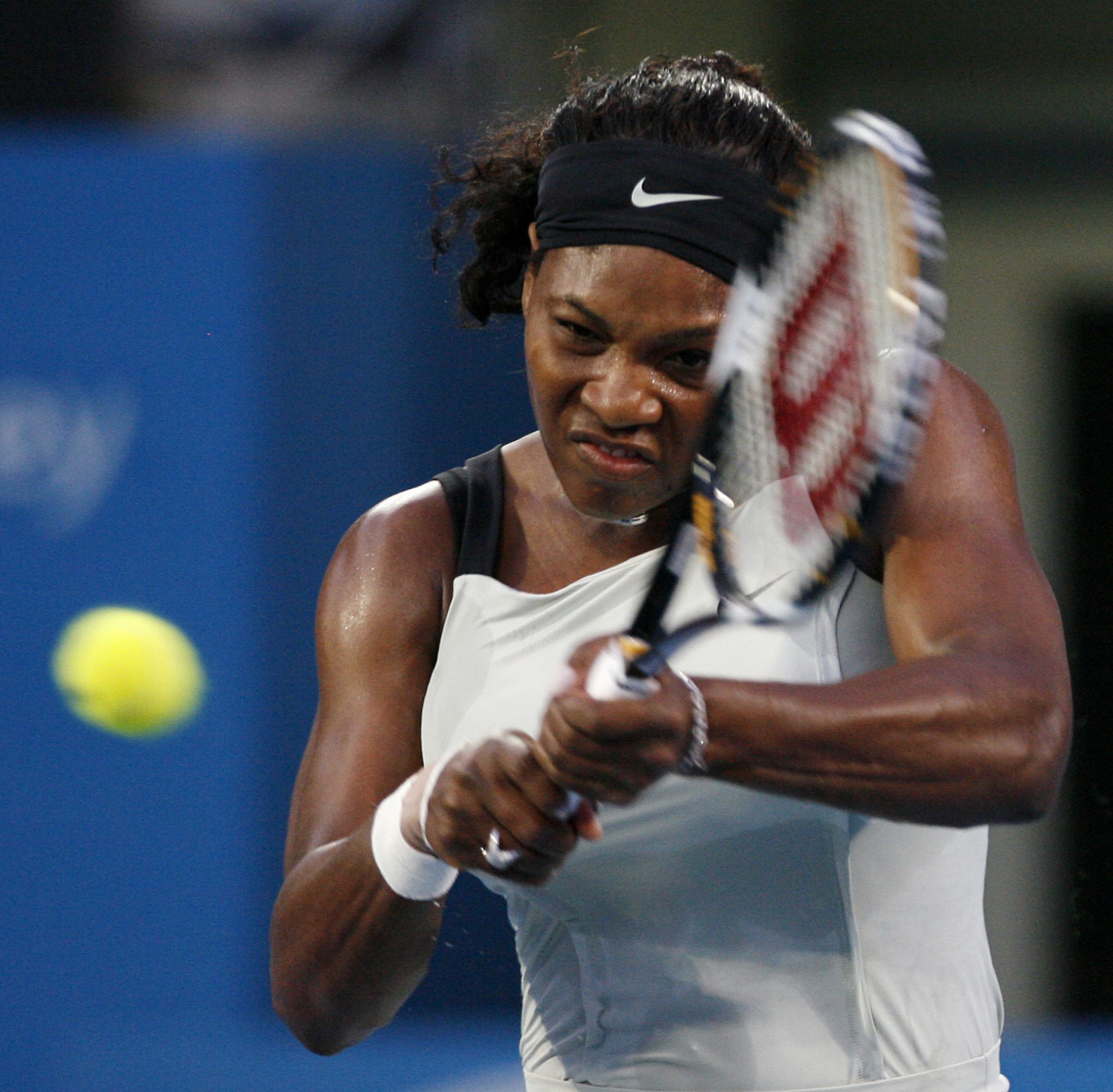 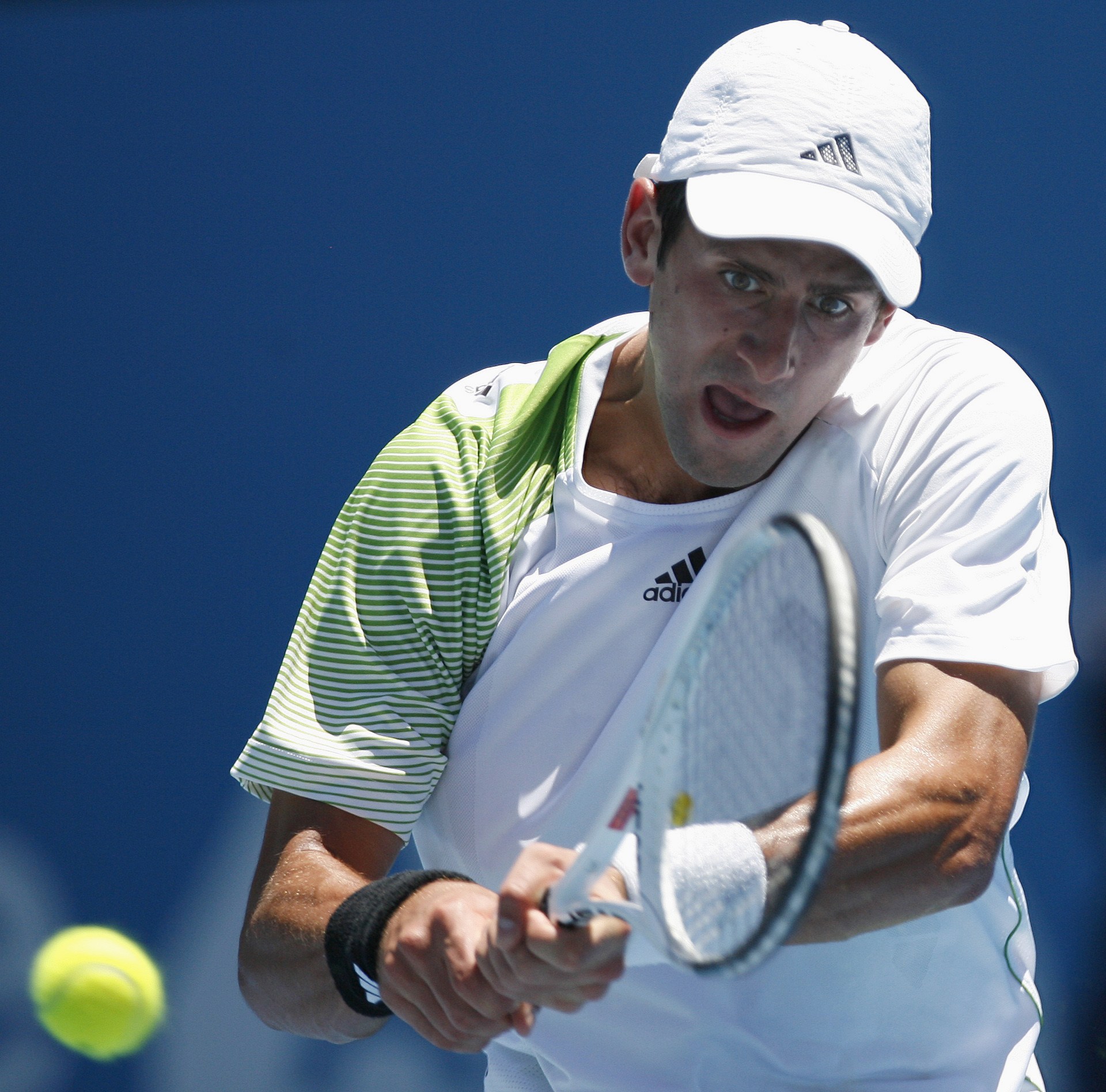 World number two Serena Williams saved three match points to win a torrid three-setter against Danish teenager Caroline Wozniacki and claim her place in the semi-finals of the Sydney WTA International yesterday.
The American nine-time grand slam champion was taken to the brink in a 2hr 40min dogfight by the 18-year-old Wozniacki, before Williams prevailed, 6-7 (5/7), 6-3, 7-6 (7/3).
Wozniacki, the youngest player in the women's draw, held three match points but Williams fought back to take the final set into a tiebreaker, which she nervelessly claimed seven points to three.
It was the second time this week that Williams has had to fight off match points, having saved four in her first-round win over Australian Samantha Stosur.
Williams now has a semi-final today with Russian world number four Elena Dementieva, who battled for 2hr 43min in fierce afternoon heat before dousing Polish sixth seed Agnieszka Radwanska 6-2, 5-7, 6-4.
Russian second seed Dinara Safina reached the semi-finals of the Sydney tournament for the first time after wearing down tenacious French opponent Alize Cornet, 6-3, 6-4.
Safina will play world number 29 Ai Sugiyama in today's semi-finals after the Japanese player's walkover thanks to Svetlana Kuznetsova's abdominal strain.
Djokovic back on track
In the men's event, Novak Djokovic, more at ease with his new racket, swept aside Frenchman Paul-Henri Mathieu at the Sydney International yesterday to get his Australian Open title defense back on track.
The Serbian world number three sought a wild card into the Sydney tournament after he crashed out underdone in the opening round of last week's Brisbane International to Latvian Ernests Gulbis.
Armed with a few more days' practice with his new racket, the 21-year-old Serb breezed past the 29th-ranked Mathieu in 55 minutes and looked a contented man afterwards.
"I didn't have a lot of practice before my match in Brisbane and didn't get used to the conditions, jet lag and a lot of things involved," Djokovic said.
"Here, it's a different story, I'm so very happy to get a couple matches under my belt here. Hopefully, I can be ready for the most important event here in Australia."
Elsewhere, Richard Gasquet won the all-French match to knock out second seed Gilles Simon 6-4, 6-4 and will play French qualifier Jeremy Chardy in Thursday's quarter-final after Chardy ousted Russian fifth seed Igor Andreev, 6-4, 4-6, 6-4.
Four-time champion Lleyton Hewitt recovered from an early setback before romping to a 7-5, 6-4 victory over Serbia's Janko Tipsarevic,
Djokovic, who plays Croatian Mario Ancic in the quarters, returns to Melbourne as defending Australian Open champion, having beaten Roger Federer in the semis and claimed his first grand slam title against Jo-Wilfried Tsonga in the 2008 final.