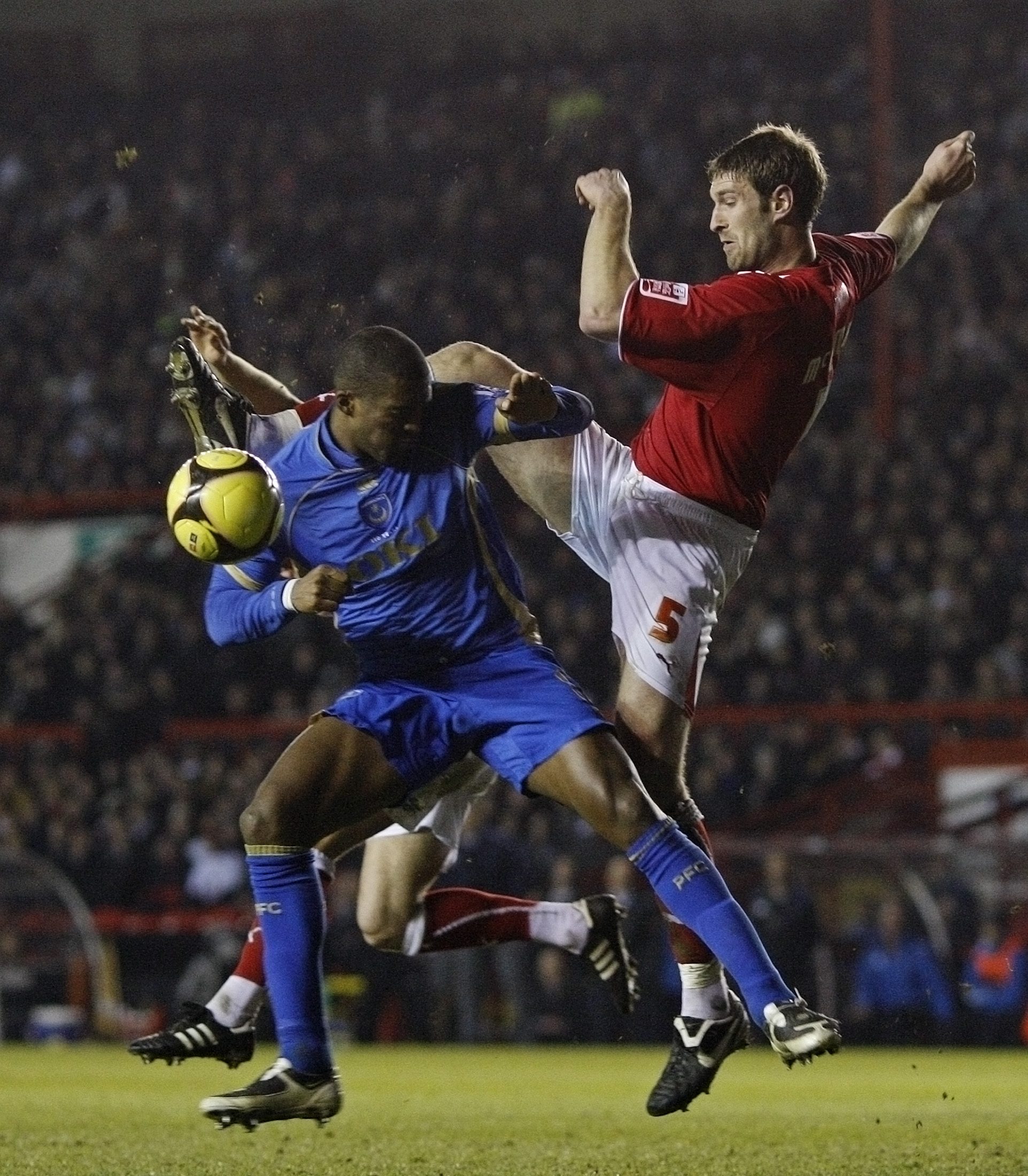 FA Cup holders Portsmouth set up a fourth round meeting with Championship (second division) side Swansea City when they won 2-0 at Bristol City in a third round replay on Tuesday.
West Bromwich Albion, the only other Premier League side in action on a night when nine FA Cup ties were played, beat League One (third division) promotion challengers Peterborough United 2-0 at London Road in their third round replay.
There were no shock results with Swansea beating minor league Histon 2-1 and Sheffield United of the Championship beating Leyton Orient of League One (third division) 4-1.
Unusually though, seven of the nine matches ended in wins for visiting sides with one match drawn and Burnley the only home side to win. Portsmouth took the lead at Ashton Gate after 38 minutes when England striker Peter Crouch completed a counter-attacking move that began after City appeals that Crouch handled in his own penalty area were turned down.
Croatia winger Niko Kranjcar added Portsmouth's second two minutes from time.
Swansea will travel to Fratton Park after winning at Histon with first half goals from Gorka Pintado and Guillem Bauza. Pintado missed a penalty for the visitors after 81 minutes before Josh Simpson pulled one back three minutes later.
West Brom, the Premier League's bottom side, scored a rare away win with Jay Simpson, on loan from Arsenal, opening the scoring after 18 minutes and defender Paul Robinson heading the second in the 37th minute.
West Brom also beat Peterborough in both the League Cup and FA Cup at London Road last season.
Championship leaders Wolverhampton Wanderers won the midlands derby 2-0 against Birmingham City securing Wolves a fourth round meeting with Premier League Middlesbrough. Charlton Athletic, who have not won for a club record 17 league matches, chalked up their first victory since October with a 1-0 win at Norwich and will now play Sheffield United.
In other games Cheltenham Town and Doncaster Rovers drew 0-0 in their re-arranged third round tie while Millwall won 3-2 at Crewe Alexandra in a third round replay. Burnley beat Queens Park Rangers 2-1 with the winning goal scored in stoppage time at the end of extra time by Jay Rodriguez. The League Cup semi-finalists travel to West Brom in round four.