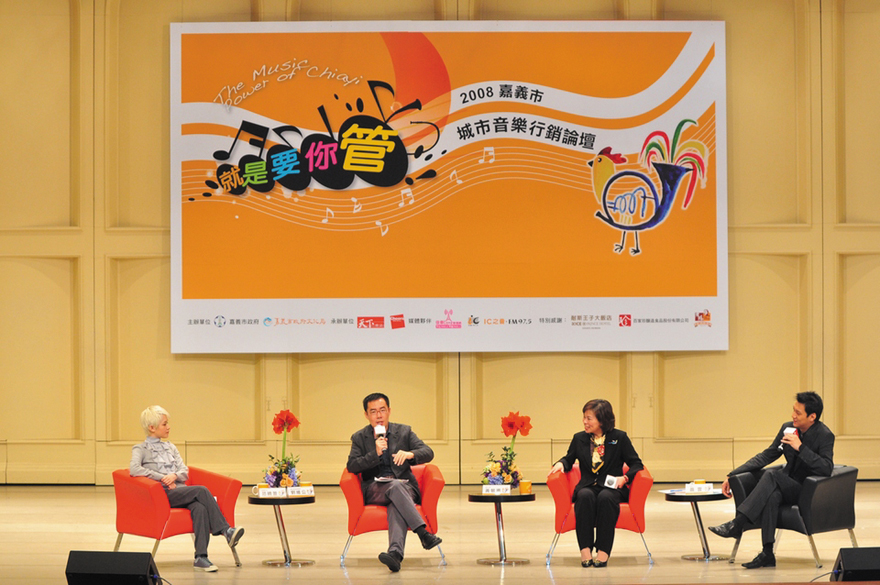 Chiayi City Government held the first Wind Music Marketing Forum as a part of 2008 Chiayi City International Band Festival on December 30th, 2008. Chairman of World Association for Symphonic Bands and Ensembles (WASBE) Leon J. Bly, Assistant Professor Liou Wei-gong from Department of Sociology, Soochow University, and singer and musician Mavis Fan joined the forum as speakers along with Chiayi City Mayor Huang Ming-hui and Dennis Nieh, a musical instrument savvy as the moderator to the forum.
During the forum, they had discussions on various topics such as influences from wind music to one's mind, and musical events as a new competitiveness to a city. The conference served as a platform for participants to exchange ideas. Chiayi City is full of confidence to be the host of the WASBE biennial conference in 2011.
The event drew more than 600 participants to join. Interaction between the speakers and the audiences was enthusiastic which showed people were excited and looking forward to the 2011 conference.